Editorial: What Is the Key to Establishing a Healthy Government-Business Relationship? 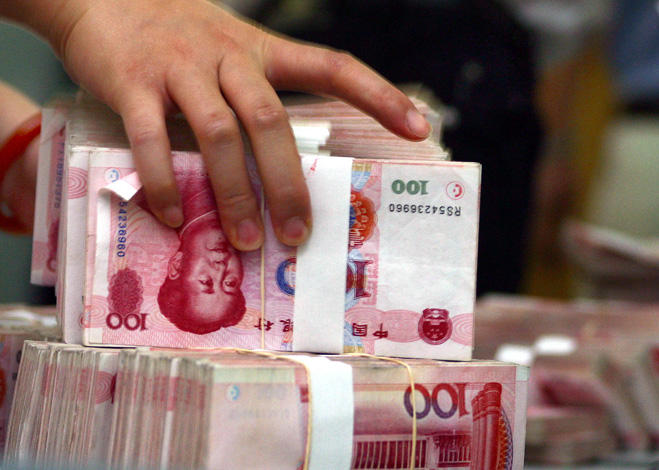 Dysfunctional relationships between government and business have deeply hurt local political, economic and social ecologies and have shaken the foundations of the market economy. Photo: VCG

Recently, the Hangzhou Municipal Commission for Discipline Inspection of the Communist Party and its Supervision Commission have rectified prominent problems affecting the formation of a cordial and clean government-business relationship. The rectification mainly focused on regulating the way that the spouses, children, and children’s spouses of leading officials run their businesses and enterprises. It covers not only active officials but also those who have retired in the last three years. Over the past few years, forming a cordial and clean relationship between government and business has remained a top priority for the central and local governments. This is necessary not only to create clean governments but is also a precondition for improving the business environment and promoting sound economic development.

The essence of government-business collusion is corruption, and the cause of corruption is the abuse of public power for private benefit. A dysfunctional government-business relationship is often compared to “encircling and hunting.” The implication is that unscrupulous businessmen are the active party while corrupt officials are passive. Officials that have been removed from their posts for having abused their power often feel wronged, as they thought what they did was just a misstep and the only choice at that time. Businessmen bribe officials at all costs just because unfettered power can bring richer returns, which, the businessmen think, is economically rational. An approval, a regulatory decision and even a decision at trial could leave huge room for arbitrage. As the government holds a huge amount of economic resources, this abnormal government-business relationship needs to be corrected by changing the mode of development. But, if the use of power is effectively restricted, mastering excessive resources would not necessarily lead to government-business collusion.

With the deepening of the monetization of China’s economy, new economic forms such as the digital economy are emerging, and dysfunctional relationships between government and business are diversified and becoming more hidden. Known cases of government-business collusion show that many officials did not only accept bribes directly but also through their family members and friends, such as the cases of Qin Guangrong and his son, and Su Rong and his family. In addition to these officials in high positions, many of those in lower positions are also racking their brains for new ways to gain personal profits through illegal means. The development of the internet economy has made the transmission of interests easier. New ways for officials to realize personal profits — ways that appear more justified and are more defensible — have been created, replacing obsolete means such as project contracting.

Dysfunctional relationships between government and business have deeply hurt local political, economic and social ecology and have shaken the foundations of the market economy. Through such relationships, corrupt officials have feathered their own nests, unscrupulous businessmen have obtained business opportunities, but the market economy order for fair competition has been seriously damaged. For law-abiding entrepreneurs, dysfunctional government-business relationships hinder the entrepreneurial spirit from playing its role. Facing such an “abyss,” not only are they unable to get fair chances to compete but they may also be suppressed with unwarranted charges. We should especially be aware of the deep binding between “star enterprises” and local governments. As major taxpayers and employers and even the pillars of the local economy, these enterprises are more likely to be favored by the local government, thus easily breeding person-to-person power-money transactions. Under the umbrella of preferential policies, their illegal acts are easily disguised as legal ones.

Forming a cordial and clean relationship between government and business is also of great significance to advancing common prosperity. In the new stage of reform and opening up, the people’s desire for fairness and justice is getting increasingly strong and government-business collusion is what they despise the most. Just imagine this, wage-earners scratch out a living whereas power-money traders get rich or promoted quickly; while retail investors suffer in the stock market, individual officials gain profits in a breeze through gratuitously transferred shares. How can the public not hate that?

No corruption is just the bottom line of a cordial and clean government-business relationship, which also requires governments at all levels to better perform their duties. But, since the central government’s efforts to purify the relationship between government and business, many local officials choose to be indolent and sloppy while staying away from corruption, in fear of making any mistakes. They have actually misunderstood the relationship and have failed to fulfill their responsibilities. Some entrepreneurs are troubled by improper power exercise of individual government officials and have reported the lax administration of the local government through the internet. If these government officials’ behavior is not due to their negative resistance to the anti-corruption fight, but blurred policy boundaries, then their concerns should also receive attention and be responded to.

To build a cordial and clean relationship between government and business, confining the exercise of power in an institutional “cage” is of paramount importance. Looking at previous cases, it is not difficult to see that the more serious the government-business collusion is in a certain place or area, the more blurred the government-market boundary is, and a dirtier business environment is formed. Thus, we must continue to transform government functions and deepen the reform of “streamlining administration and delegating power, improving regulation, and upgrading services.”

The rule of law is the most reliable way to build a cordial and clean government-business relationship. Special rectification can undoubtedly achieve immediate results, but establishing rules to prevent dysfunctional relationships is more important. The rule of law is the foundation for confining power in the “cage;” the establishment of a cordial and clean government-business relationship also calls for the rule of law to make boundaries clearer. Government officials should create a cordial, secure and profitable environment for businesses. But what boundaries are there between public and private issues? What acts should be considered having crossed the line? For this, clear and obvious rules are vital. The rule of law can not only dispel officials’ concerns about the abovementioned boundaries but can also create good expectations for enterprises and keep entrepreneurs from being stereotyped by the public.

Forming a cordial and clean relationship between government and business is a key factor in the modernization of China’s national governance and the construction of a law-based market economy. This arduous task cannot be fulfilled overnight but requires both temporary and fundamental solutions. If we can focus on regulating the exercise of power to constantly “streamline administration and delegate power, improve regulation, and upgrade services” and steadfastly promote the building of a country under the rule of law, then we will be one step closer to accomplishing this task.