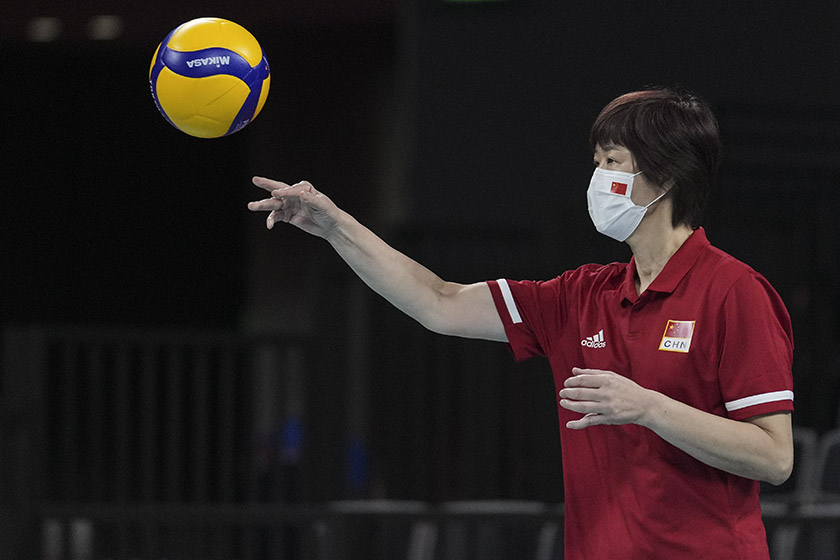 Lang Ping, head coach of China’s women’s national volleyball team and one of the most noted spikers in the 1980s, watches the 2020 Tokyo Olympics women’s volleyball group B preliminary round, China vs Argentina, on Aug. 2 in Japan. Lang announced resignation from her post Wednesday. Photo: Du Yang/China News Service, VCG 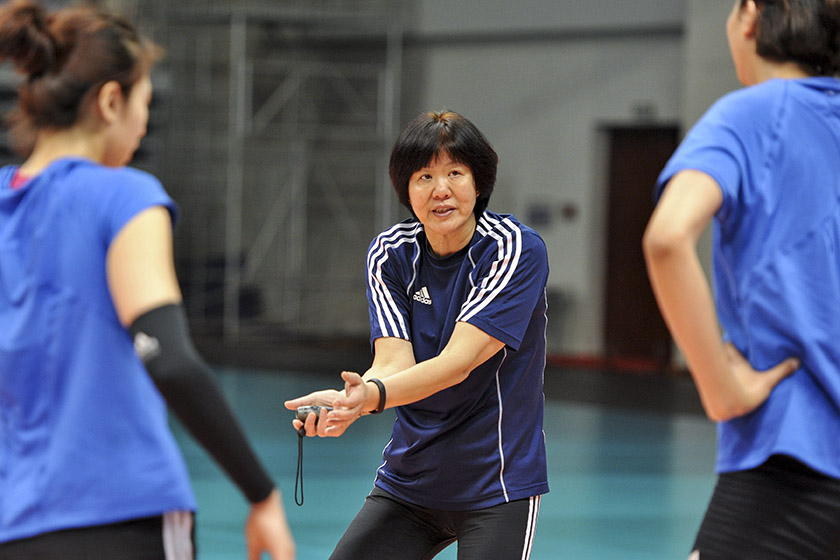 Lang Ping instructs players during a training for the Asian Women’s Volleyball Championship in Ningbo, East China’s Zhejiang province, in May 2015. In 1937, Lang entered a sports school in Beijing to practice volleyball, which became the beginning of her career as a star player. Photo: VCG 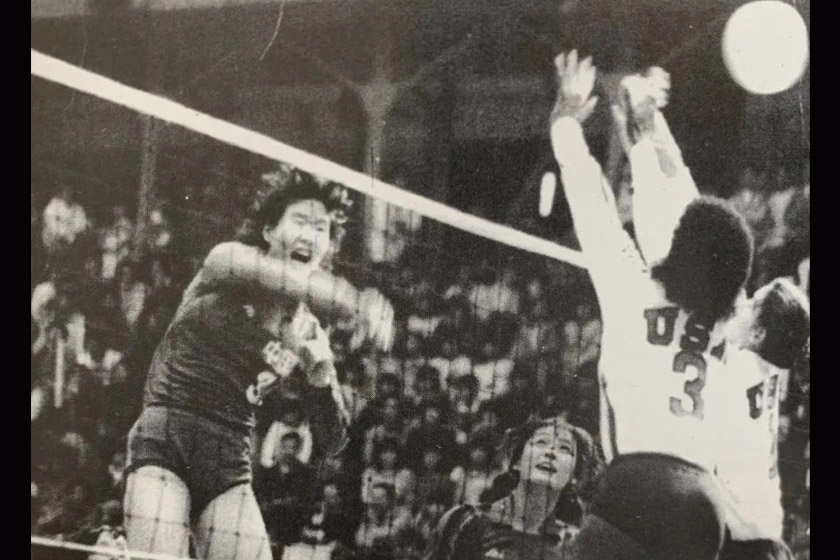 In 1978, Lang was selected for the national team, then played in the 1981 FIVB Volleyball Women’s World Cup as the lead spiker. She helped the team win the championship with 407 spikes, earning her the title of “Iron Hammer.” Photo: Volleychina. org 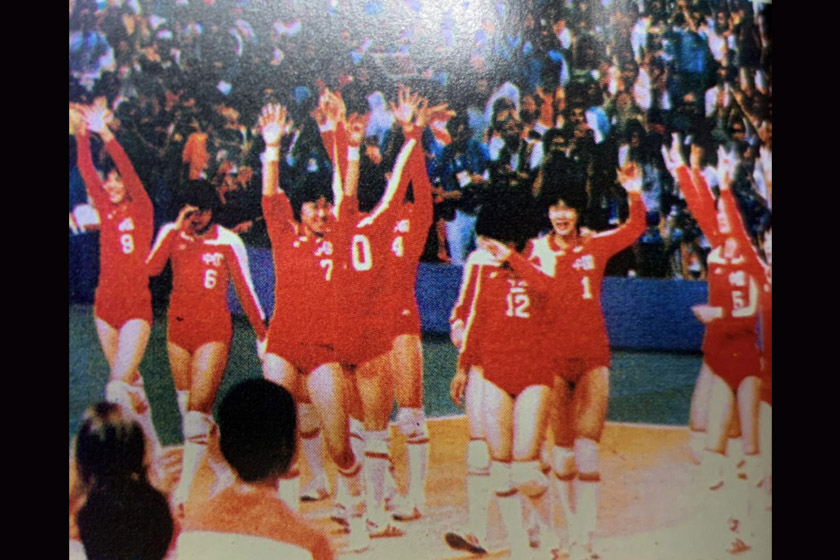 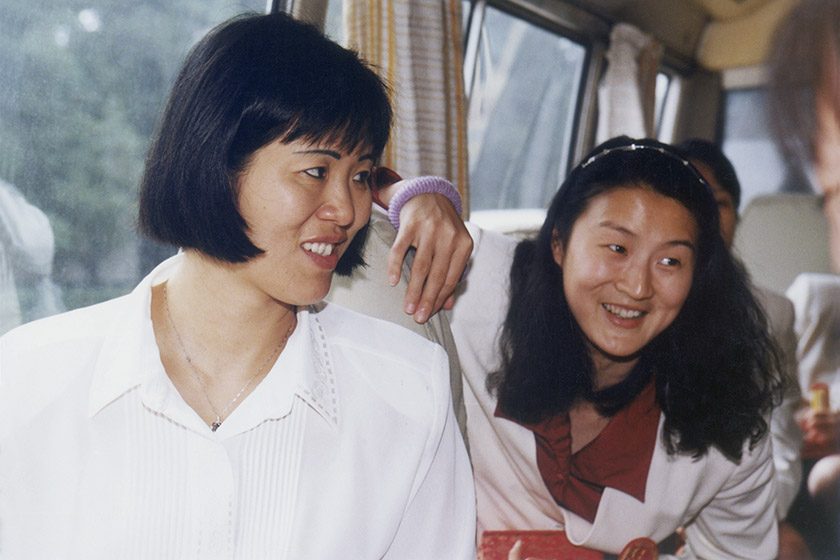 Lang Ping (left), who had served as the head coach of the Italian women’s volleyball team before returning to China to coach the national team, chats with players on a bus in 1995. The team won the 9th FIVB Volleyball Women’s World Championship in 1997 under her leadership. Photo: Guo Yanmin/VCG 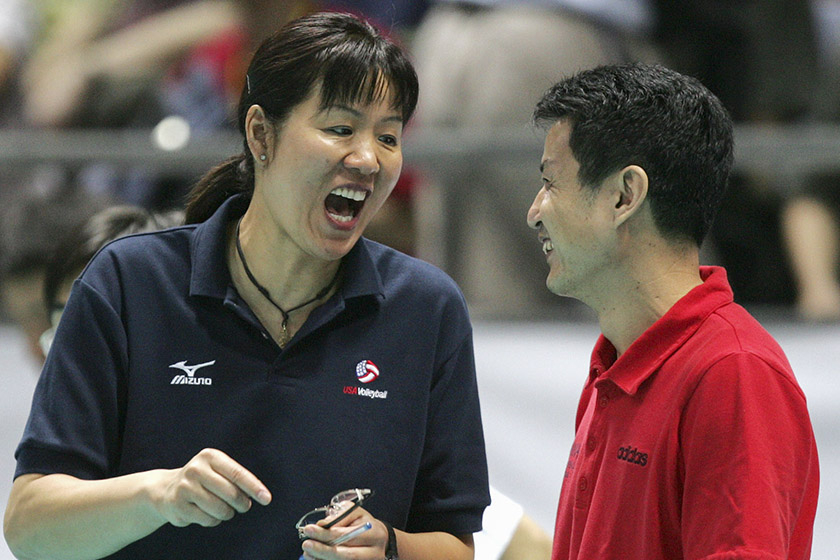 Lang Ping (left) talks to Chen Zhonghe, the head coach of China’s women’s national team from 2001 to 2009, during a match of the FIVB Volleyball World Grand Prix in Ningbo, Zhejiang, on June 26, 2005, when Lang served as the coach of the U.S. national team. Photo: VCG 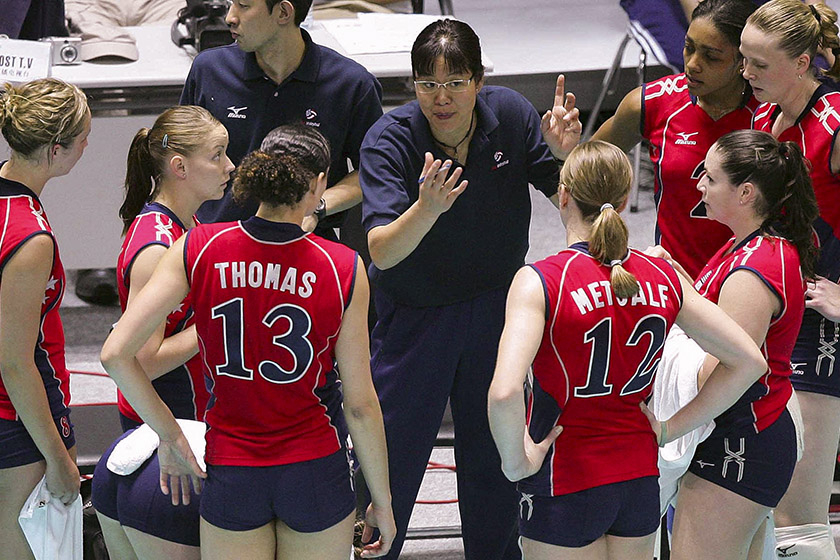 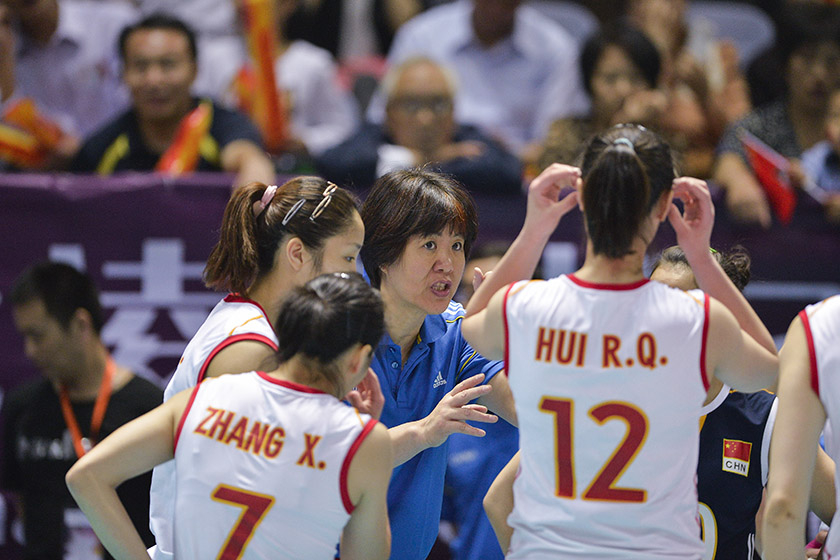 Lang Ping talks to players during a match against Cuba in Ningbo on May 19, 2013. The team claimed sliver at the 2014 FIVB Volleyball Women’s World Championship. Photo: VCG 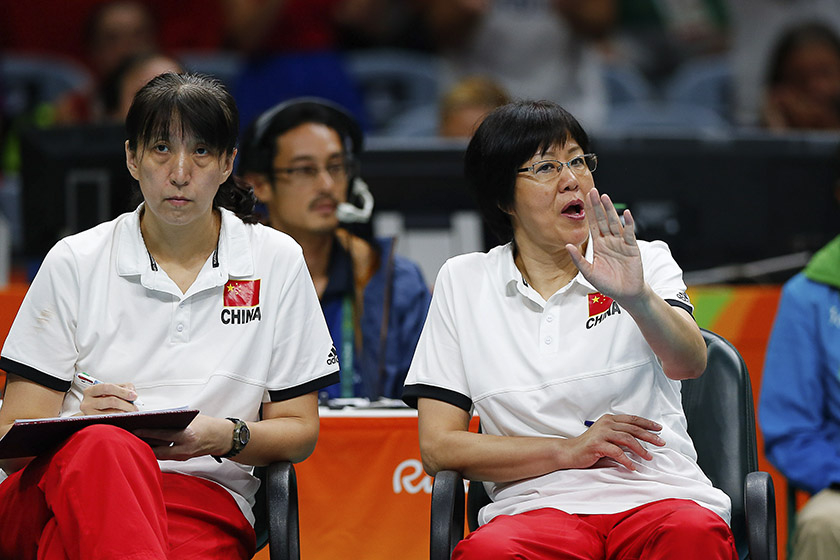 Lang Ping sits next to Lai Yawen, the assistant coach of China’s national team and a former player, during the final of the women’s volleyball match against Serbia at the 2016 Summer Olympics in Brazil on Aug. 20, 2016. Photo: VCG 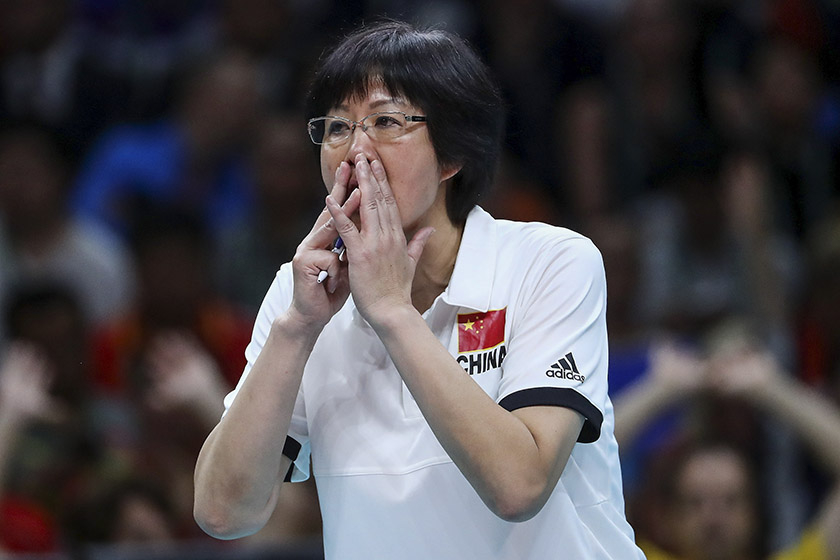 Lang Ping shouts during the women’s volleyball final between China and Serbia at the 2016 Summer Olympics in Brazil on Aug. 20, 2016. The team won a gold medal at the games. Photo: VCG 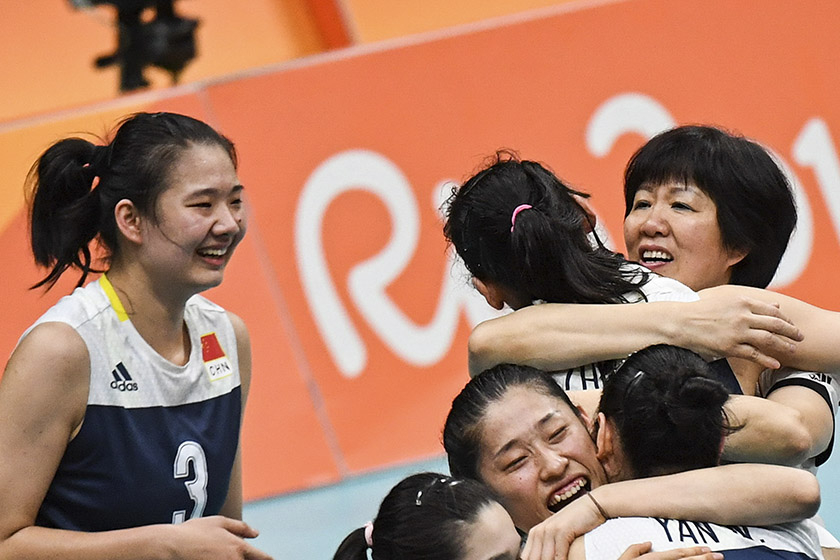 Lang Ping celebrates with players after winning the semi-final of women’s volleyball at the 2016 Summer Olympics in Brazil on Aug. 18, 2016. Photo: VCG 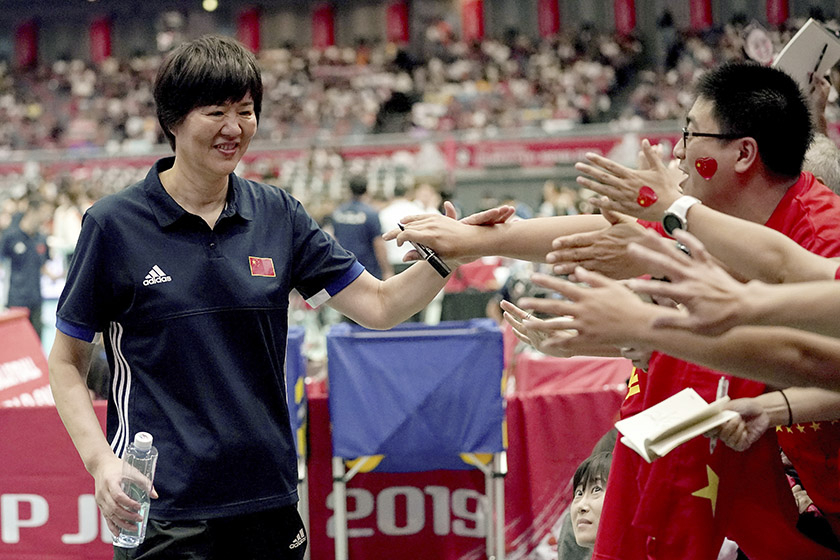 Lang Ping greets fans after the team won the 11th round of the 2019 FIVB Volleyball Women’s World Cup in Japan against Argentina on Sept. 29, 2019. The team became champion with 11 consecutive wins at the game. Photo: VCG 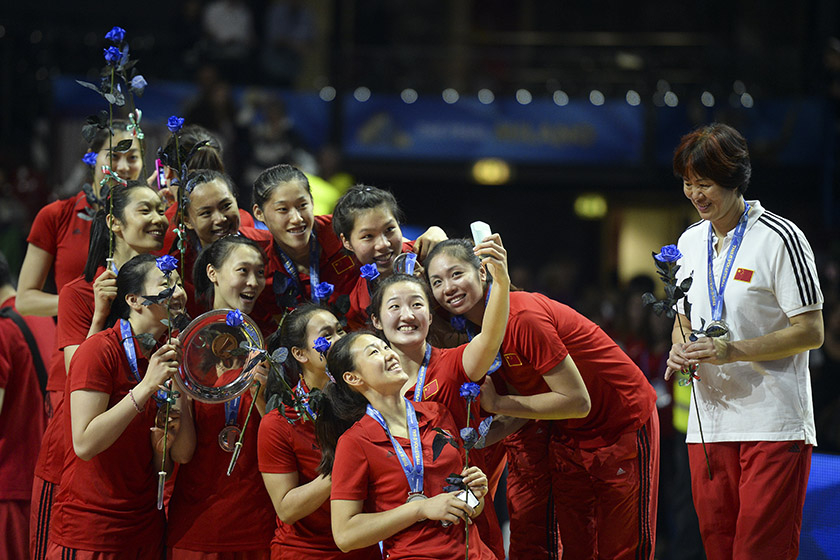 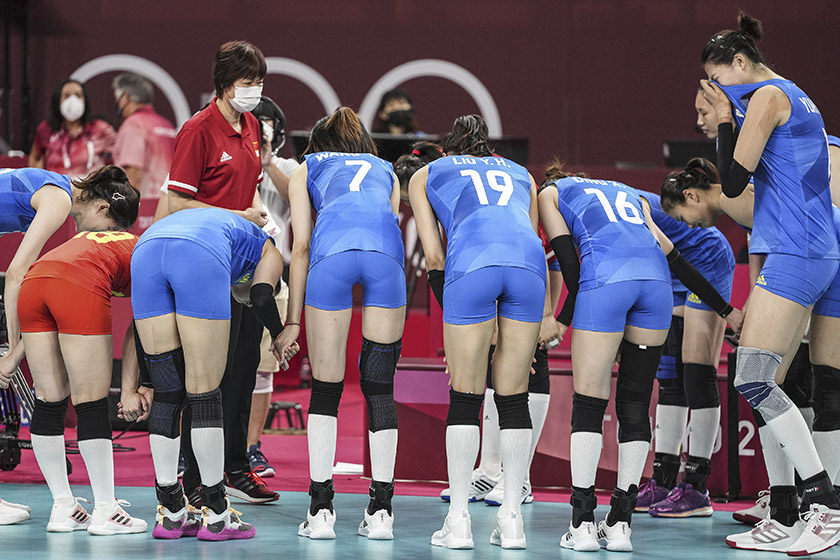 China’s players bow to Lang Ping after winning 3-0 against Argentina at the 2020 Tokyo Olympics in Japan. The team concluded their campaign with two wins and three defeats. Photo: Du Yang/China News Service, VCG 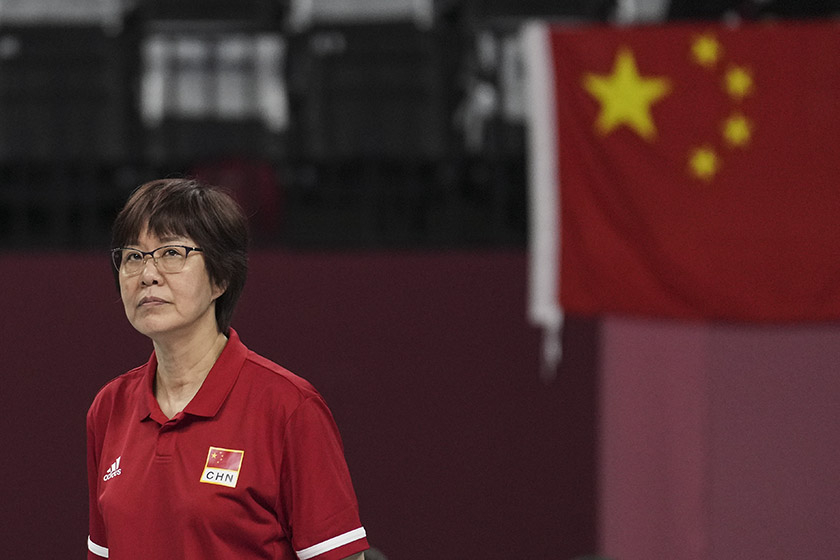 Lang Ping watches a group match between China and Argentina on Aug. 2 at the 2020 Tokyo Olympics in Japan. Lang revealed her intent to resign before the start of the Olympics. Photo Du Yang/China News Service, VCG