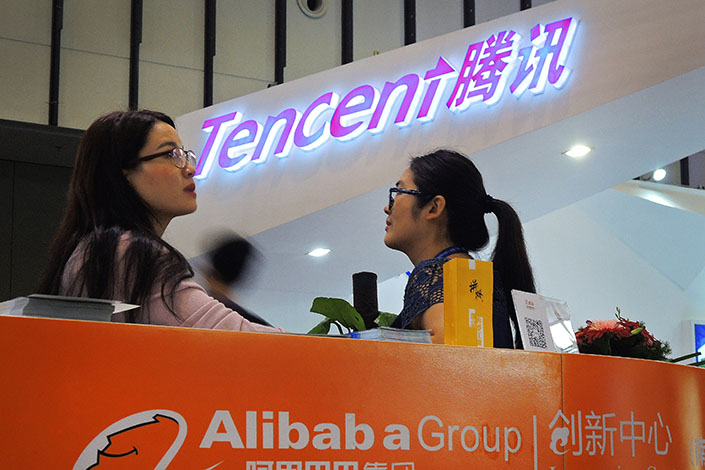 The combined market cap of the top two Chinese information technology companies has suffered a plunge of $330 billion since the end of last year as a result of tougher regulations by Beijing. In contrast, semiconductor manufacturers are in growing demand and companies related to the decarbonization that China promotes, such as producers of batteries for electric vehicles, are seeing boosts in their market values.

Nikkei ranked East Asian companies by market capitalization based on QUICK-FactSet data, finding sharp declines in the value of Chinese IT companies in the period from the end of 2020 to Aug. 30 because of antitrust fines and toughened regulations, such as listing restrictions, introduced by the Chinese government.

The market cap of top-ranked Tencent Holdings stood at $574.3 billion on Aug. 30, down about 20% from the end of 2020. Alibaba Group Holding descended from second to third place on a fall of 30% in market value to $440.6 billion as its stock price continued to renew post-listing lows.

Tencent and Alibaba once followed the American high-tech giants collectively known as GAFAM, such as Apple and Amazon.

In contrast, chipmaking giant Taiwan Semiconductor Manufacturing Co. is rapidly striding to the fore. It temporarily surpassed Tencent as East Asia’s biggest company on Aug. 18 because of plunges in Chinese companies’ share prices. Currently, TSMC is narrowly trailing Tencent at a market value of $564.4 billion, up more than 10% from the end of 2020.

TSMC’s ascent in the ranking reflects not only declines in Chinese IT companies’ share prices but also its growth on the back of soaring global demand for semiconductors.

Compared to market cap rankings a decade ago, Chinese companies continue to stay high, but there have been noticeable changes in their business sectors. The ranking at the end of 2010 was led by PetroChina and other energy companies, including CNOOC, as well as the Industrial and Commercial Bank of China and other financial institutions, reflecting China’s rapid economic growth.

EV-related companies in China are given preferential treatment in marketing and other operations by the government, which has pledged that the world’s second-largest economy will achieve net zero emissions of carbon dioxide by 2060.

As for national and reginal shares of the rankings of the top 200 companies by market capitalization, China had a share of more than 50% in 2021, up from zero in 1990. Although it is uncertain how far the effects of government regulation will spread, the rise in China’s share is said to be partially attributable to activity such as ascents by startups, like the food delivery platform Meituan, to top market cap ranks.

South Korea, which had a 10% share in the 2010s on large caps of makers of electrical equipment and semiconductors, such as Samsung Electronics, saw its ratio fall to 6% due to drops in the value of conventional business enterprises, including steelmaker POSCO and auto parts producer Hyundai Mobis, despite rises by IT companies like Naver, which has the freeware app Line under its wing, and Kakao, owner of the messaging platform Kakao Talk.

Japan has incurred a steeper fall in the past decade than South Korea, from 38% to 27%. In 1990, when Japan’s “bubble” economy was in its prime, Japanese companies, led by major commercial banks, accounted for more than 90% of the top 200 enterprises. Although they also led the global market cap ranking, Toyota Motor is at present the sole Japanese company in the East Asian top 10.