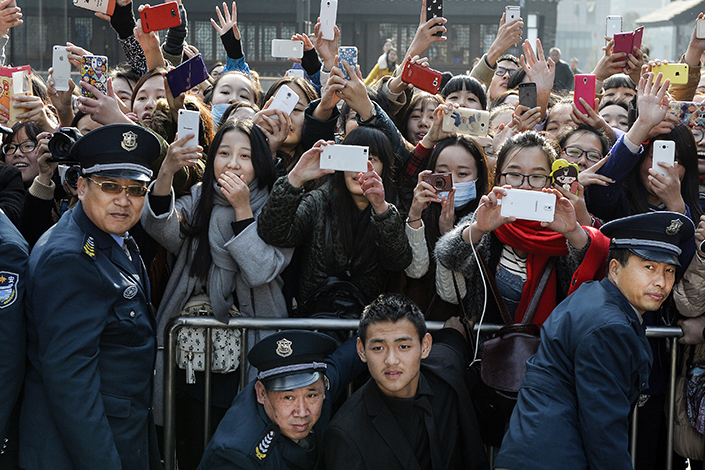 China’s internet regulator is intensifying efforts to rein in fandom culture, saying channels that allow fans to discuss celebrity scandals will be shut down, with the new measures coming in the wake of a number of high-profile falls from grace.

Platforms should clean up all kinds of harmful information and behavior such as the spreading of rumors and cyberbullying and “strictly” deal with illegal accounts, the Cyberspace Administration of China (CAC) said in a Friday statement (link in Chinese).

Authorities will severely punish platforms that fail to manage such information properly, it said.

These measures aim to further rectify “chaos” in the fan community and prompt platforms to better carry out their responsibilities after a previous two-month rectification campaign “achieved some results,” the statement said.

The regulator acted after several celebrities, including Chinese-Canadian pop singer Kris Wu and actor Zhang Zhehan, became embroiled in scandals in recent months. Wu has been detained by police in Beijing after being accused by a 19-year-old in late July of raping her two years ago and sleeping with several other underage girls.

Earlier this month, Zhang lost around two dozen lucrative endorsement deals in the wake of social media uproar over photos of him posing at a controversial shrine in Japan. He has since been deplatformed and his name removed from some of his works online, including high-profile TV series “Word of Honor.”

On Thursday night, internet users found the name of one of China’s most prominent actresses, Zhao Wei, had also been removed from many of her works on online platforms such as Youku and Tencent Video. The reason remains unclear, but in 2001, Zhao was criticized for publicly wearing a dress featuring a Japanese military flag.

In addition to curbing discussion of scandals, all existing lists that rank celebrities will be removed from the internet and platforms will be prohibited from publishing new lists and related products directly or indirectly, the statement said.

Although rankings of songs, films and TV shows will be retained, they shall not mention the performer’s names, the statement said. These lists should reduce the weighting of indicators such as comments and likes, while giving more emphasis to the works themselves and professional evaluations.

The CAC said it will also disband online groups that allow fans to raise money for their idols and prohibit online variety shows from guiding internet users to purchase votes for their favorite contestants and other “materialized” methods.

In March, fans of a contestant who participated in a popular Chinese reality show “Produce Camp 2021,” made by Tencent Holdings Ltd., raised 3.68 million yuan ($568,000) in just six hours to support the contestant, while the total money raised for four contestants in the program exceeded 10 million yuan (link in Chinese), the state-run Xinhua News Agency reported.

In June, the CAC launched a campaign to rectify irrational online fan behavior (link in Chinese) which the authority said had damaged the online ecology and adversely affected the mental and physical health of minors.

As of early August, more than 150,000 pieces of negative or harmful information had been scrubbed from the internet and some 4,000 illegal social media accounts (link in Chinese) had been closed, Xinhua reported.

Online platforms were also asked to tighten regulation over celebrities’ agents, setting specific rules for their online practices such as account registration and certification, content releases and fan management.