By Guan Cong and Cai Xuejiao 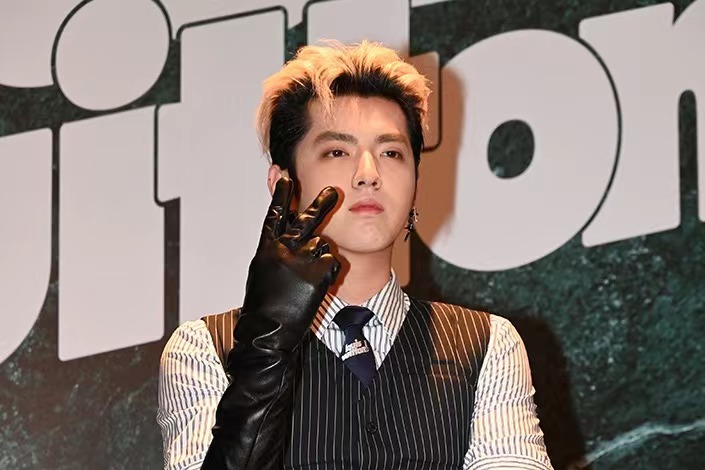 Police in Beijing have detained pop star Kris Wu on suspicion of rape, meaning the Canadian is looking not only at a potentially lengthy prison sentence but also having to compensate brands for broken sponsorship deals.

Cops in the capital’s Chaoyang district released a statement late Saturday that they had taken the celebrity into custody after investigating online claims that the 30-year-old had “repeatedly tricked young women into sexual relations.” The probe came after Wu was accused of a series of sexual assaults late last month.

Prior to his detention, over a dozen brands including Chinese streaming site Tencent Video, Italian luxury brand Bulgari and French brand Louis Vuitton announced they had terminated brand ambassador or spokesperson contracts with Wu.

In early 2019, an endorsement deal between domestic snack brand Bestore and Wu was worth 25 million yuan.

Zhang Zongbao, a Guangdong province-based lawyer, told Caixin that Wu might have to end up paying back some or all of his endorsement payments if the deals contained clauses that required the disgraced star to maintain a good reputation.

The negative news about Wu has also affected his other media work. Upcoming TV drama, “The Golden Hairpin” (青簪行), which featured him as a lead, is likely to struggle to make it to air now. In recent years, many Chinese films and TV productions featuring actors who were involved in scandals have fallen afoul of the country’s strict content rules.

The official Weibo social media account of “The Golden Hairpin” has been scrubbed of all posts involving Wu. Music streaming platforms QQ Music and NetEase Music have removed Wu’s works.

Zhang Chunjie, a lawyer at Beijing Yinghe Law Firm, said that production companies in recent years have added clauses to contracts which stipulate that they can demand compensation from celebrities or their representatives if the release of films or TV shows are affected by negative news about the performers.

Under Chinese law, a rape conviction can result in a prison sentence starting at three years to more than 10 years, if aggravating factors such as the involvement of minors or multiple victims are taken into account.