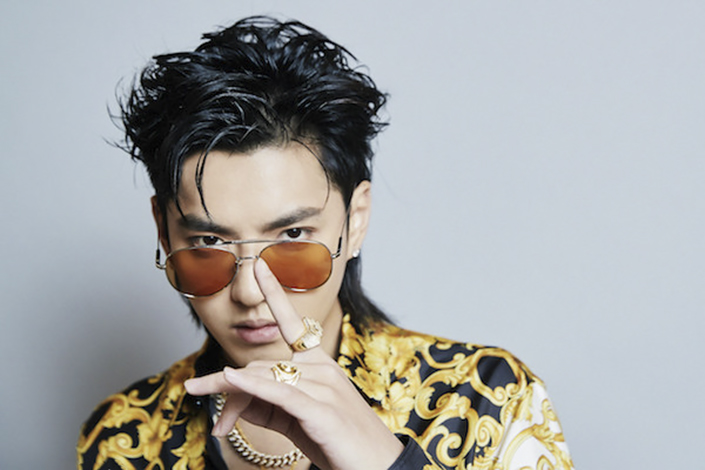 Canadian pop star Kris Wu, 30, has been accused by 19-year-old Du Meizhu of raping her two years ago and sleeping with several other underage girls. That’s according to an interview she gave to NetEase, a Chinese news site, Sunday.

Millions of Weibo readers who have been following the story known as #吴亦凡事件# agree that their own part in the story involves little more than “eating melons,” which means watching things unfold from the sidelines.

In the interview on Sunday and her previous posts, student and online celebrity Du said the singer Wu had date-raped her when she was 17, and had sex with seven or more other young girls, at least two of whom were under the age of 18, after plying some of them with alcohol.

Wu, who gained fame from acting, modeling and singing in China since leaving Korean boy band EXO in 2014, said on social media, “I only met Miss Du once at a friend’s gathering … I have never ‘coerced women into sex.’”

On July 19, Wu’s studio issued an official statement on Weibo, saying that the revelations were fabricated and that police were investigating the matter.

Wu holds Canadian citizenship and grew up between Vancouver and Guangzhou. It is not the first time he has been accused online of taking sexual advantage of female fans.

Southern Weekend, a Chinese newspaper, wrote Monday, “This is no longer simply an entertainment circle ‘melon,’ but a public incident that possibly involves a crime. Police should actively intervene in the investigation. If the allegations are true, Wu should be held criminally liable. If not true, the blogger who broke the news is deemed to be spreading rumors, a criminal offense.

China’s MeToo movement sparked by feminist activists in 2018 has been low-key on Chinese social media due in part to a legal system that makes such cases hard to pursue. In particular, cases brought to justice must meet a high evidence threshold in China’s court system, which is harder to gather in cases of sexual assault.

A number of commentors on the original story have taken the accusations at face value and decided that Wu is guilty and that his foreign status is at the root of it, telling the singer he should “roll out of China,” a comment that sounds far ruder in Chinese than in English.

Others took a swipe at male entertainers in general. “Sexual assault cases are hard to back with evidence, but does that mean he’s innocent? Do male artists not also need a moral bottom line?”

Taking a different moral stance, one person, ignorant of celebrity culture, wondered why young girls were out with pop stars anyway, “Don’t these girls have to go to school?”

Another popular comment reads, “We aren’t standing in line looking at this rationally. (If we were, we’d see) lots of holes in the story.”

And these are gaps that commentors seem ready and willing to fill themselves. Examples include, “Who is behind [accuser] Du Mizhu? What kind of team does she have?” and “The mainstream media is silent while brands abandon Wu left right and center. This must be about capital.”

One Weibo user thinks, “It has to be about the Olympics. Every time an Olympic event comes around, stories like this surface. Last time, it was Wang Baoqiang’s divorce that we were all munching on like ‘melons.’”

That story had over 5 billion likes on Weibo in the summer of 2016.