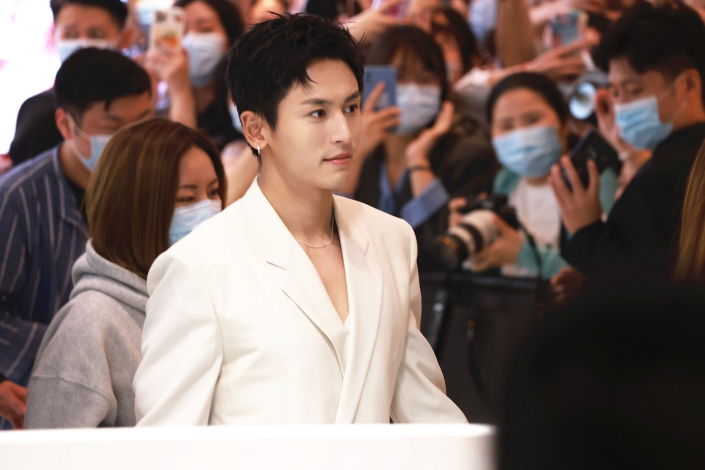 Zhang Zhehan attends a Clinique brand event in Shanghai on May 18. Photo: VCG

What’s new: Chinese actor Zhang Zhehan has lost around two dozen lucrative endorsement deals in the wake of social media uproar over photos of him posing at a controversial shrine in Japan.

The photos posted to Zhang’s Weibo social media account in March 2018 show him posing outside Tokyo’s Yasukuni shrine, which honors people who have died in wars involving Japan, including around 1,000 World War II war criminals.

More than 20 brands have since terminated brand ambassador or spokesperson contracts with the 30-year-old, including Coca Cola, Pandora, Maybelline and Costa.

Zhang, who has more than 18 million followers on Weibo, issued an apology (link in Chinese) on Friday, saying that he was “ashamed of his ignorance” and “lacked the knowledge of the history associated to certain buildings” when taking photos during traveling.

The official People’s Daily criticized his statement (link in Chinese), saying that Zhang was “completely unaware of the nation’s trauma.”

The background: Yasukuni shrine is a bitter reminder to many Chinese of Japan's invasion and brutal occupation of parts of the country from 1931 to 1945.

The practice of Japanese politicians visiting the shrine regularly leads to condemnation from its neighbors, including North Korea and South Korea.

On Friday, National Defense Ministry spokesperson Wu Qian said at a press briefing (link in Chinese) that China “expresses resolute opposition to” the visit to the shrine by Japan’s Defense Minister Nobuo Kishi that day.