By Ding Yi and Zhao Jinzhao 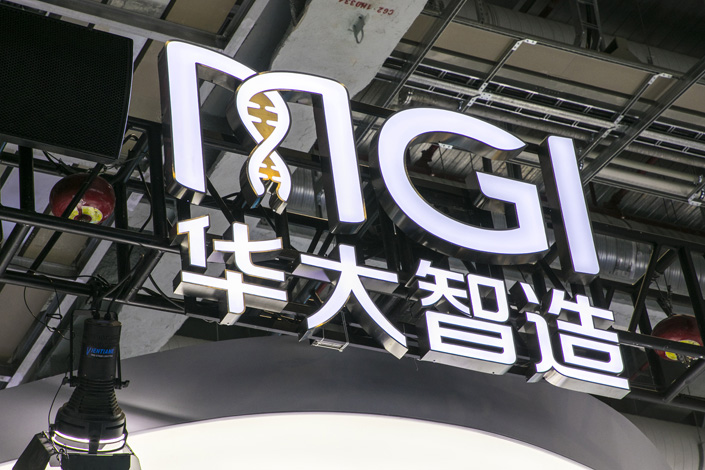 The MGI Tech booth at an expo in Shanghai on May 14. Photo: VCG

A gene sequencing equipment manufacturing subsidiary of Chinese genome giant BGI Group has won initial approval for its IPO on Shanghai’s high-tech board, even though problems involving related-party transactions and patent infringement lawsuit risks could leave the listing in question.

MGI Tech Co. Ltd.’s IPO meets the listing conditions and information disclosure requirements, the listing committee of the Nasdaq-style STAR Market said in an announcement (link in Chinese) on Thursday. However, the company needs to explain whether it can maintain sustainable and fairly priced related-party transactions with BGI Group and its affiliated firms, and whether it can fully independently develop its businesses, the panel said.

In an updated listing prospectus (link in Chinese) in August, five-year-old MGI Tech, a major supplier of Covid-19 testing equipment in China, said that it generated revenue of 523 million yuan ($81 million) from related-party transactions in 2020, accounting for 18.8% of total revenue that year, sharply down from 94.9% in 2018, when revenue derived from related-party transactions amounted to 1 billion yuan.

MGI Tech said in a previous reply to regulatory concerns that it has redoubled efforts to build business ties with external clients. The number of its third-party clients increased from only 13 in 2017 to around 300 in 2020, including scientific research institutions, healthcare organizations, disease control and prevention centers, and gene sequencing companies, with sales of its gene sequencing equipment to third-party buyers making up 59.9% of total revenue, significantly up from 6.6% in 2018.

Whether MGI Tech faces the risk of being sued over patent violations in the Chinese mainland is also a key issue for the listing committee, according to Thursday’s announcement.

Since 2019, U.S. genomics giant Illumina Inc. has filed a series of patent infringement lawsuits against BGI Group and its subsidiaries including MGI Tech in dozens of countries and regions. Courts in countries including the U.S., Germany, Sweden, Spain, Finland, Belgium and the Czech Republic have ruled in favor of Illumina, which means that MGI Tech can no longer sell products identified as violating Illumina patents in those countries until their temporary bans are lifted.

In 2020, sales revenues generated from products involved in the lawsuits only accounted for 2.39% of total revenues, said MGI Tech, adding that potential patent infringement cases may affect its overseas business.

MGI Tech aims to sell up to 41.32 million shares in the planned Shanghai IPO to raise 2.53 billion yuan, which will be mainly used to fund the construction of an R&D base and the development and manufacturing of gene sequencing equipment powered by semiconductor technology, according to its prospectus.

In 2020, the company reported 261 million yuan in net profit on revenue of 2.78 billion yuan, most of which came from sales of its gene sequencing equipment, according to the prospectus.

In May 2020, MGI Tech raised $1 billion in a series B funding round co-led by IDG Capital and CPE China Fund.