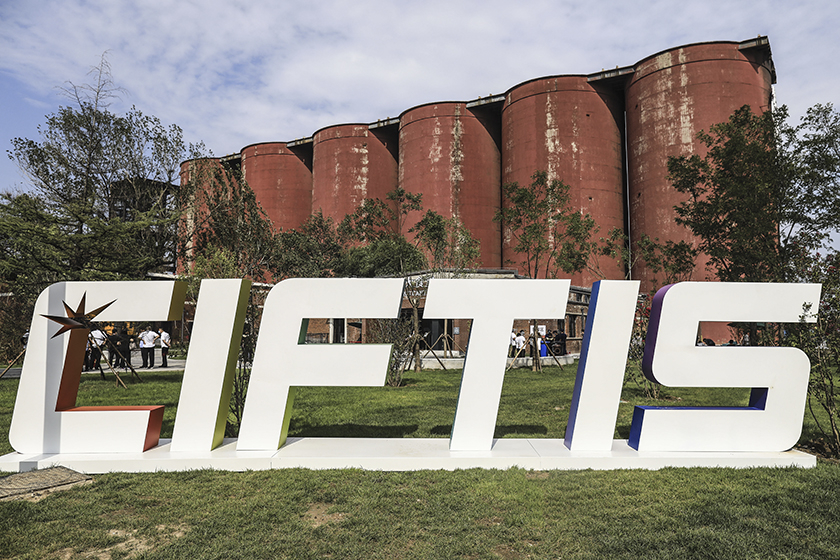 The logo of the 2021 China International Fair for Trade in Services is seen inside the New Shougang High-end Industry Comprehensive Service Park in Beijing on Tuesday. It’s the first time the park is hosting the fair. Photo: VCG 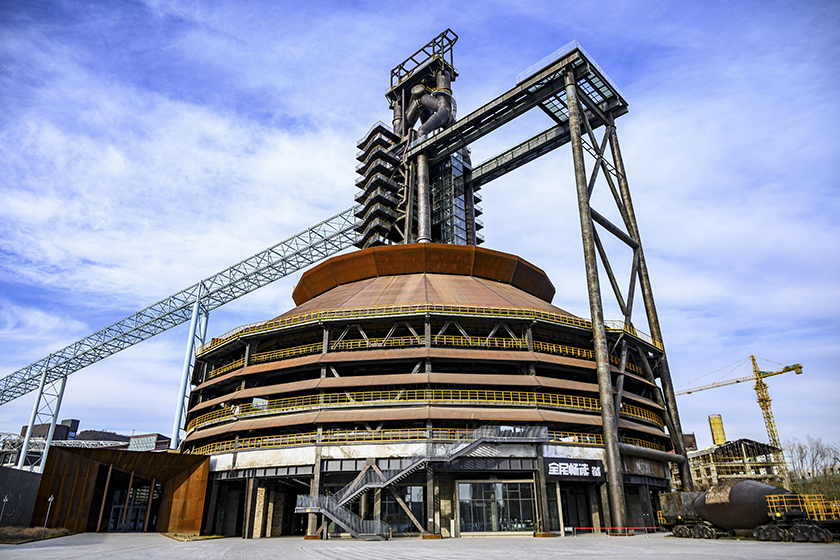 In 2017, the Beijing government approved the company’s plan to turn the abandoned iron plant into a scenic complex that is composed of five major sections, including three parks and two areas for public services and innovation works. Photo: VCG 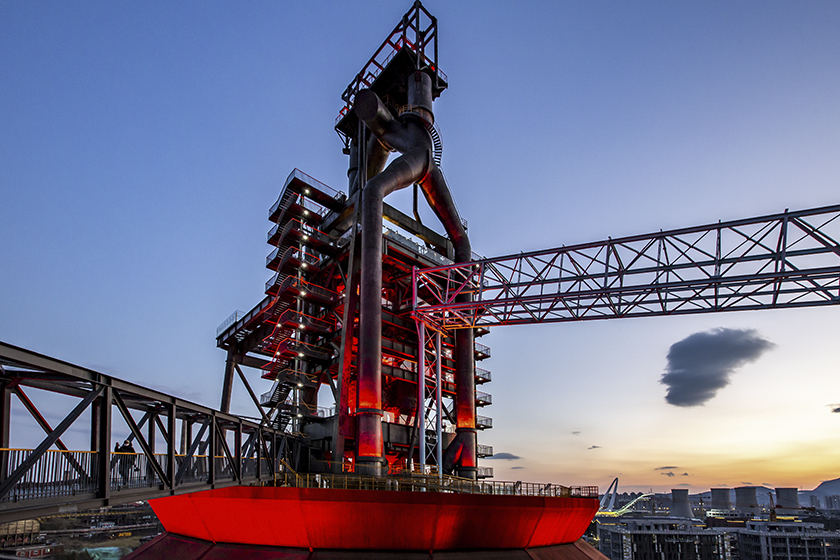 The Shougang No. 3 blast furnace, one of the iconic structures located at the Industrial Heritage Park that was originally built in 1940 and used to store water for producing iron, is now a museum with an underground garage and an observation deck. Photo: VCG 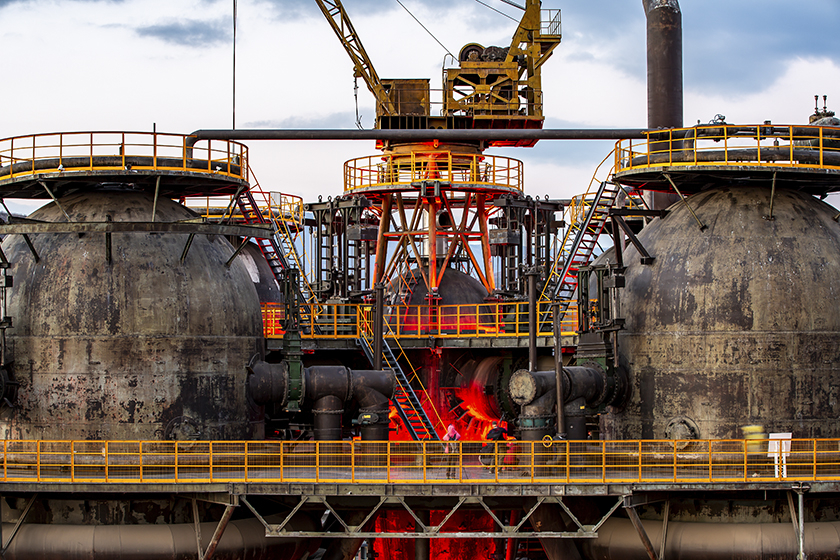 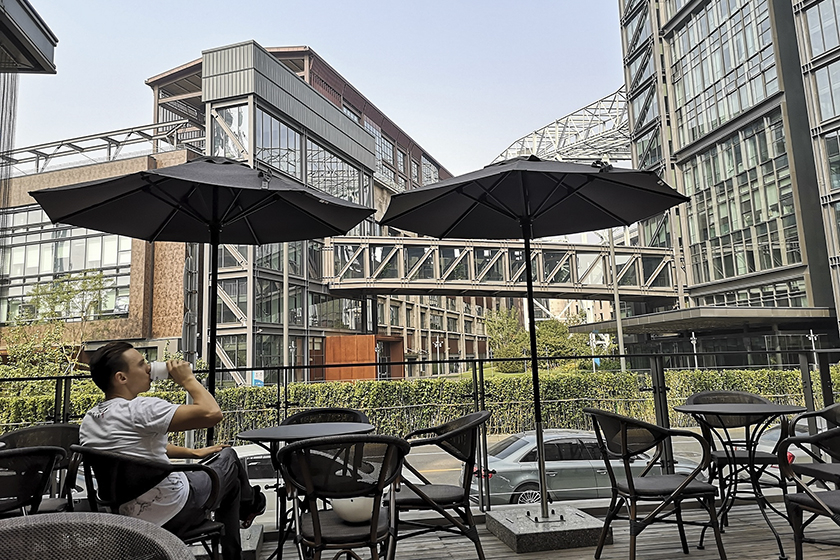 A man chills at the park in May 2019. An increased number of catering, retail, and entertainment stores are emerging in the park following its development. Photo: VCG 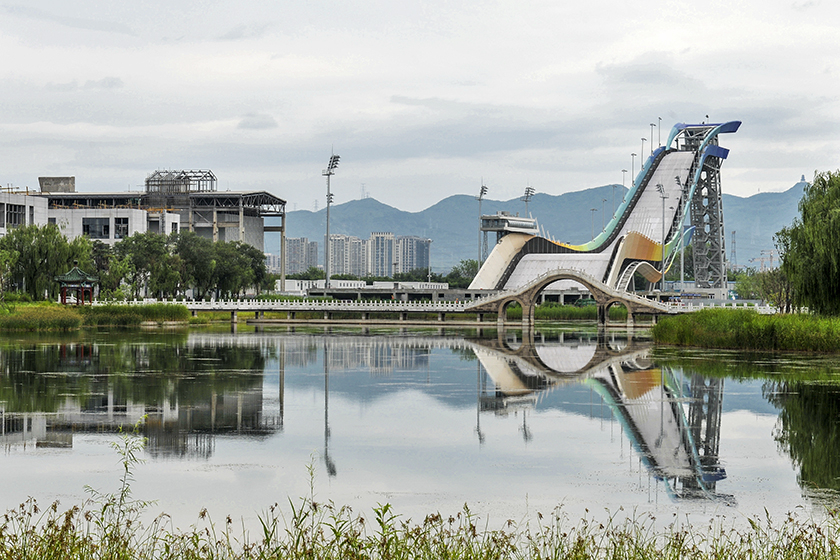 The Shougang Ski Jumping Platform, one of the competition venues for the Beijing 2022 Winter Olympics, is located at the Winter Olympics Square of the park. Photo: VCG 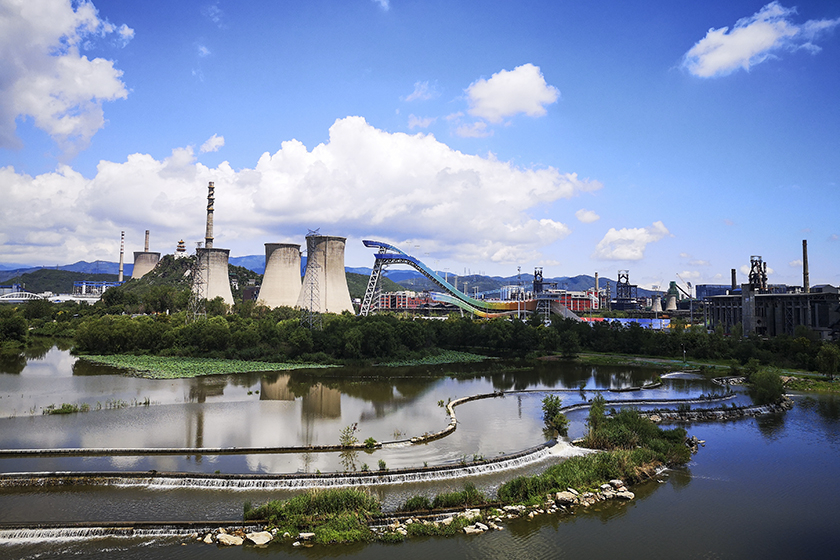 The complex is built next to the Yongding River, known as the largest river that flows through Beijing. Photo: VCG 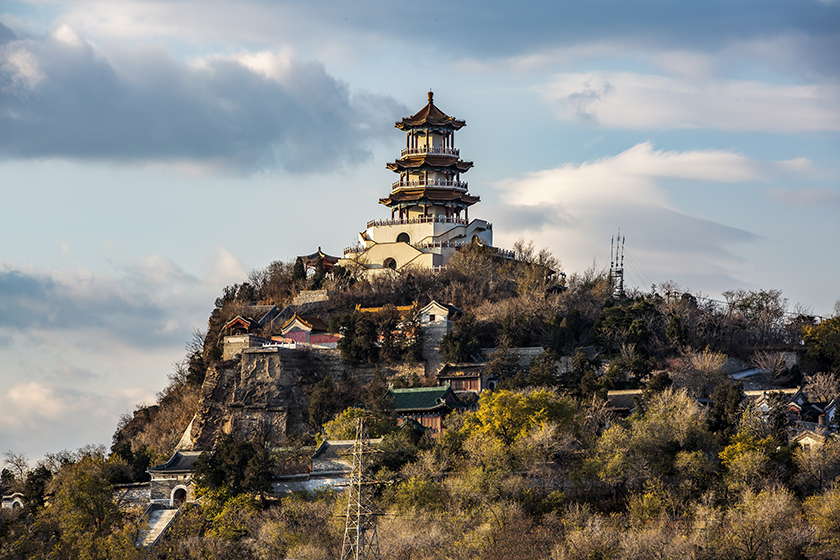 The park is close to Shijingshan, where a pavilion can be seen at the top of the mountain. Photo: VCG 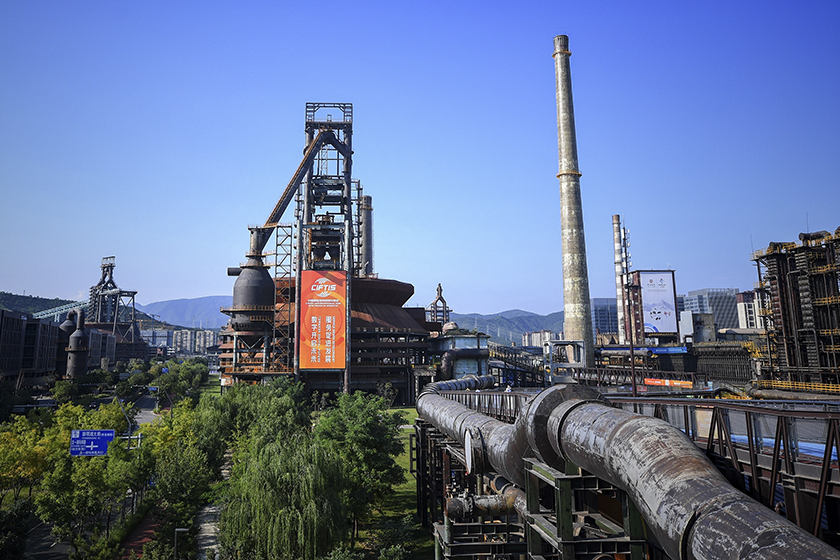 A poster of the 2021 China International Fair for Trade in Services is seen on the furnace Tuesday. Eight themed exhibitions and other conferences will be held in here this year. Photo: VCG 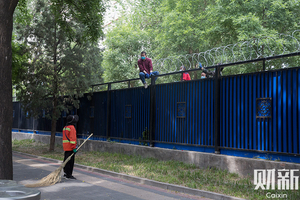 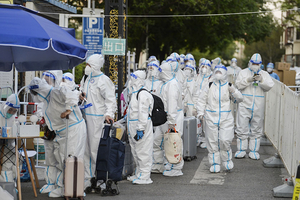