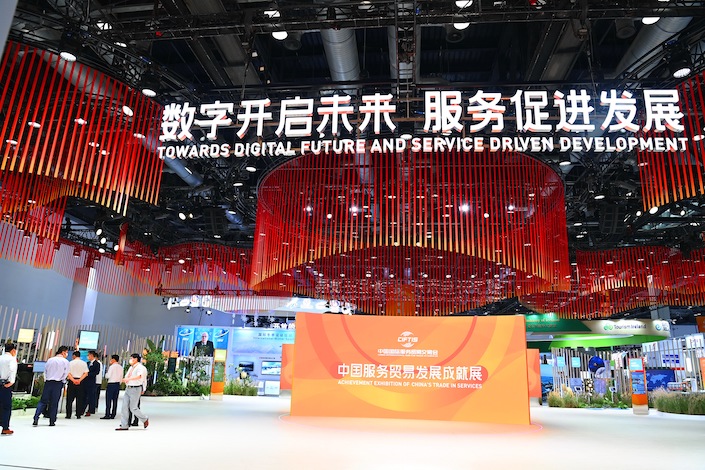 China will set up a new stock exchange in Beijing to provide a major money-raising platform for innovative small and medium-sized enterprises, President Xi Jinping said, as Beijing tries to increase the role of equity funding in the financial system.

In a short speech via video at the opening Thursday of the China International Fair for Trade in Services, Xi vowed to overhaul the New Third Board, which refers to the National Equities Exchange and Quotations, an existing Beijing-based exchange serving small and medium-sized enterprises with low costs and simple listing procedures.

The new exchange will be in line with wider government support for smaller businesses as China’s recovery shows signs of losing momentum. The State Council at a meeting Wednesday announced an additional 300 billion yuan ($46.4 billion) of relending quota to help banks offer loans to small and medium-sized companies.

Xi did not provide a timetable for establishment of the new board or any further details on how the new Beijing stock exchange will differ from the existing New Third Board.

China’s services exports rose 23.2% to 1.34 trillion yuan between January and July this year compared with the same period last year, according to data released Thursday by the Ministry of Commerce. The service sector accounted for 55.7% of China’s GDP in the first half, up from 54.5% from last year.

Xi also promised to build demonstration zones for digital trade, increase support for projects in Belt and Road Initiative countries and share China’s technological development results with the rest of the world.