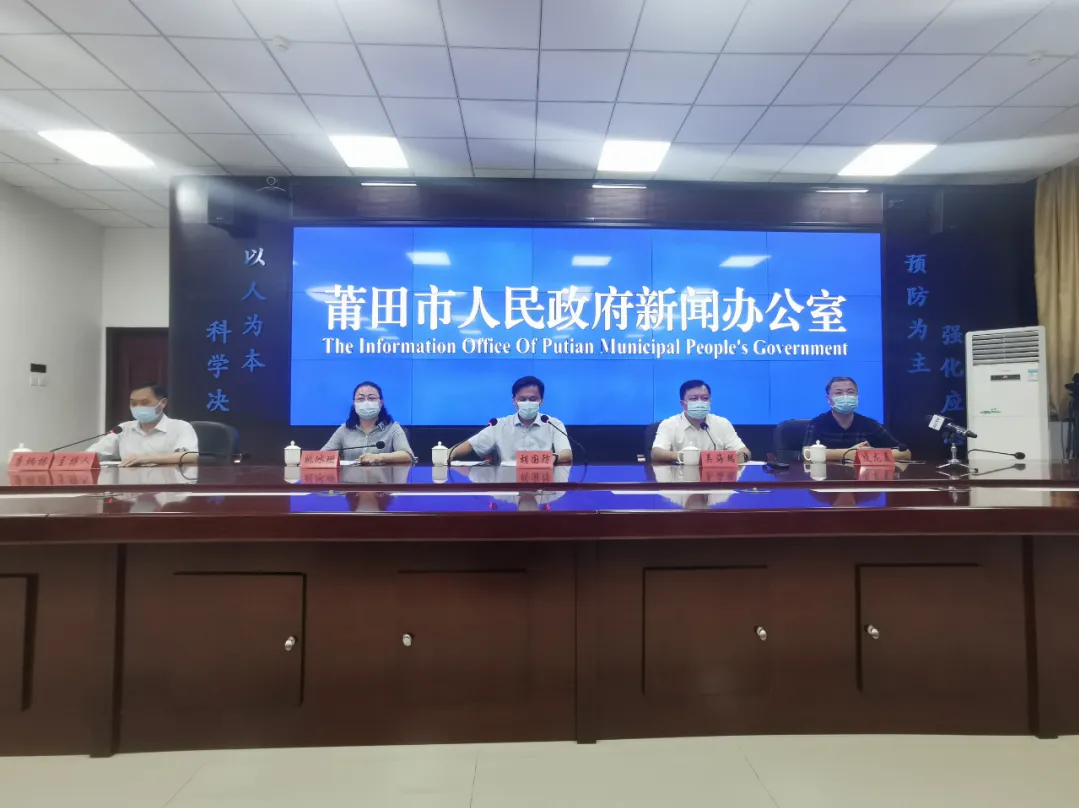 The Information Office of the Putian government holds a press conference Friday to discuss the new cluster of Covid-19 infections. Photo: putian.gov.cn

China’s latest local Covid-19 outbreak was reported in East China’s Fujian province on Friday, with a cluster of six infections traced back to a local man who had recently travelled to Singapore, according to the health authorities,

Three elementary school students and three of their parents have been transferred to a hospital designated for Covid-19 patients for isolation and treatment, the city government of Putian said at a Friday press conference (link in Chinese).

The government also said that more than 260 close contacts of the six have been quarantined for medical observation. The neighborhoods in which the patients lived have been classed as being at medium-risk for Covid-19 infection and residents have been asked to stay at home for the time being, the authorities added.

The cluster was discovered through routine nucleic acid testing at a school in the coastal city’s Fengting town (枫亭镇), with two students — a pair of brothers — initially testing positive.

The health authorities then expanded the scope of the testing and discovered the four other cases.

One of the three parents, surnamed Lin, is suspected to be the source of the cluster. Lin arrived in Fujian’s costal city of Xiamen on Aug. 4 from Singapore, and went through a 14 day mandatory quarantine at a hotel. He then returned to Putian, where he spent one week at a mandatory quarantine facility in Xianyou county (仙游县), before going home for continued observation on Aug. 26.

Singapore has been suffering from a new wave of Covid-19 since early August, with the average daily caseload rising from 76 a few weeks ago to 288 in the last week. On Friday, the Singaporean health ministry reported 573 new Covid-19 cases and warned that the figure could top 1,000 soon, The Straits Times reported.

Lin tested negative three times while in quarantine in Xianyou before being confirmed of positive infection during the expanded testing, the local government said.

The story has been updated to reflect that Lin was one of the three parents that tested positive of infection on Friday.