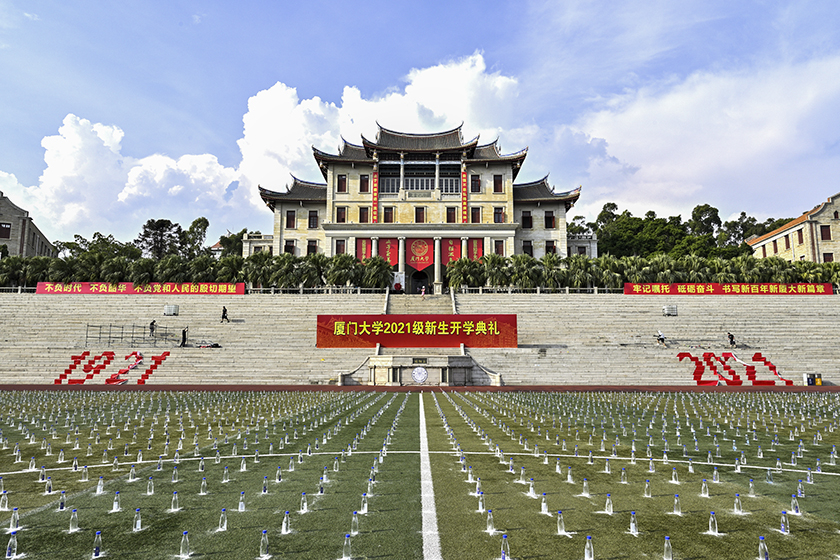 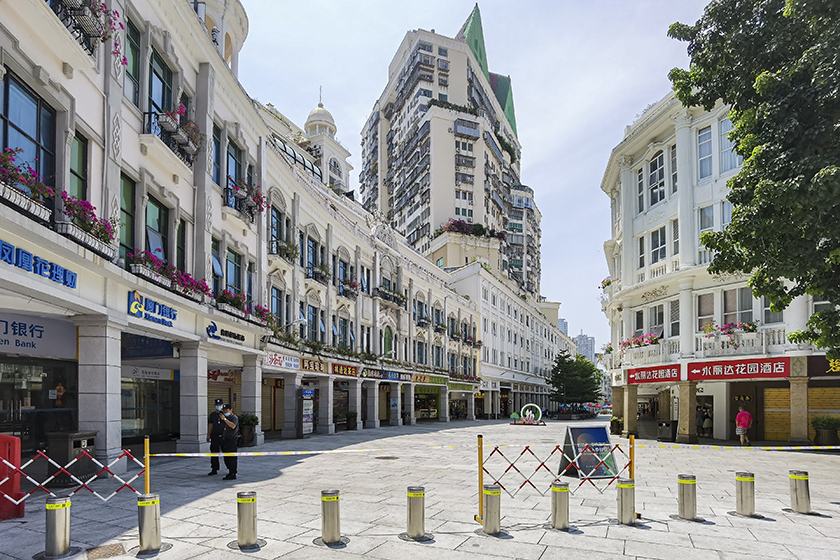 The Zhongshan Road Pedestrian Street, a noted commercial street and attraction site in Xiamen, appears empty on Monday, following the local government’s lockdown requirements around the street due to the latest outbreak. Photo: VCG 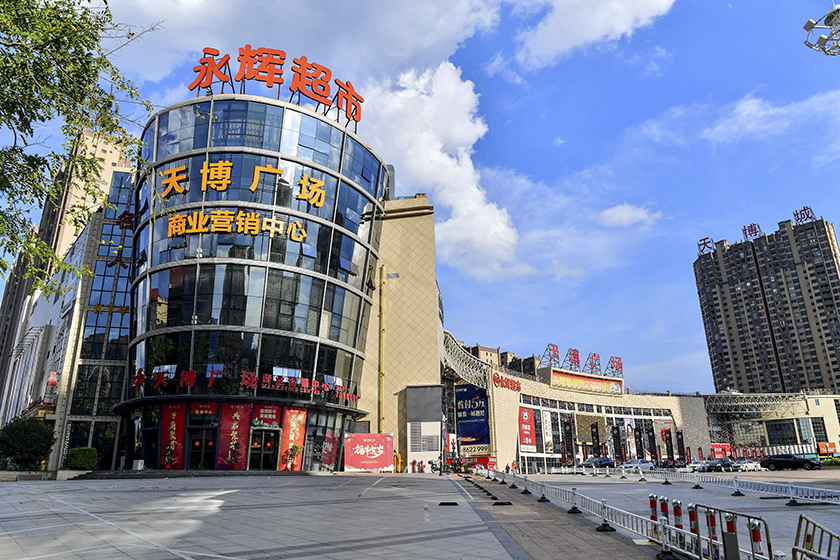 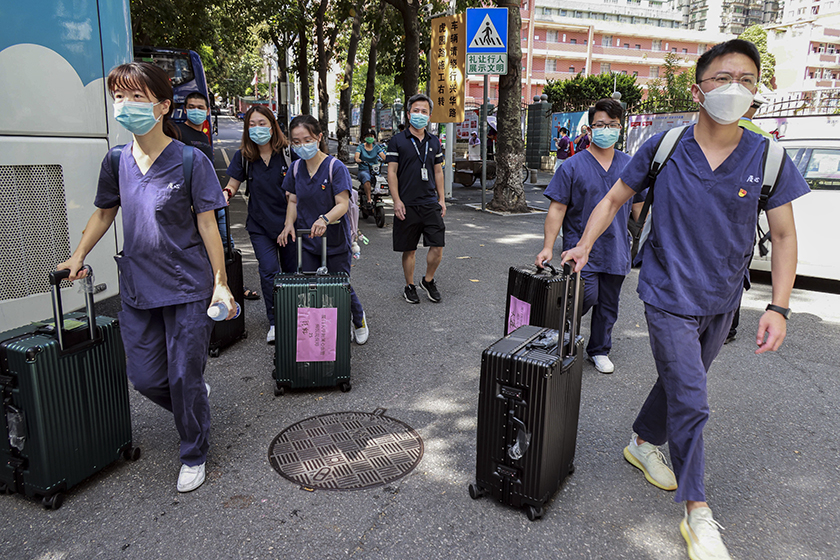 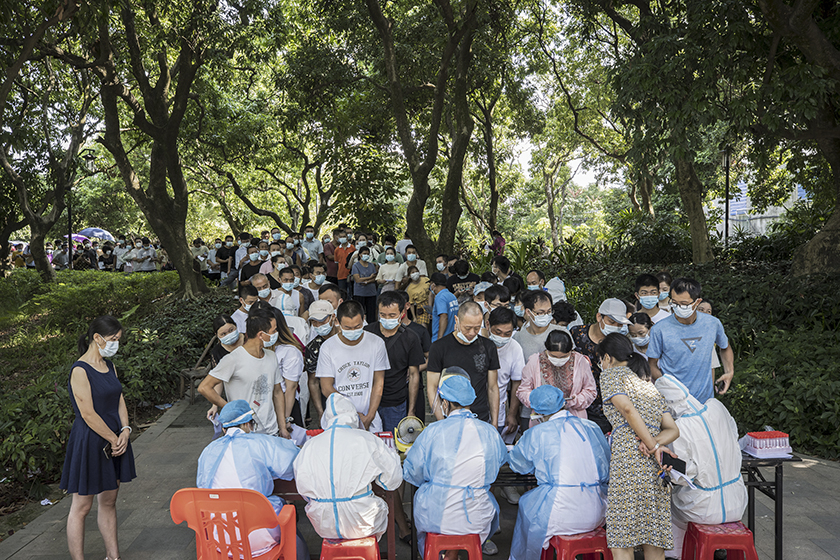 Residents queue in long lines to get tested for Covid-19 on Monday in a hospital in Putian. The city reported 85 cases as of Monday, including 30 children under 10. Photo: VCG 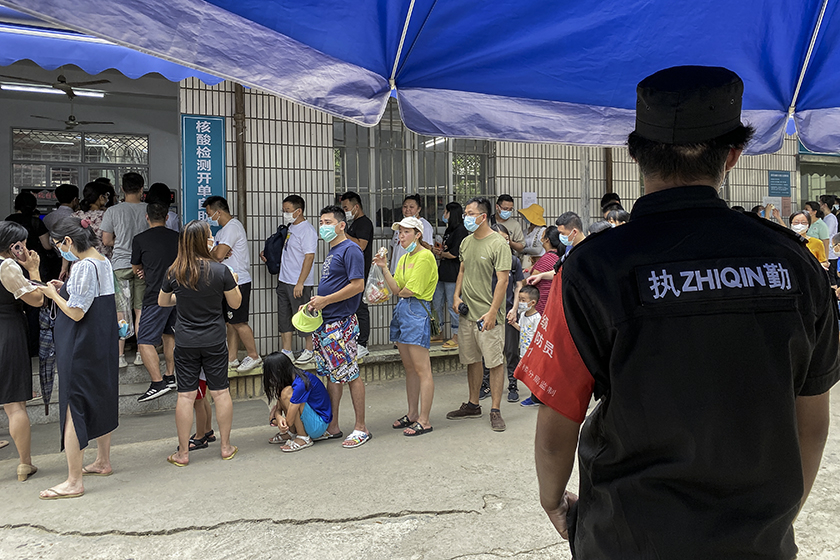 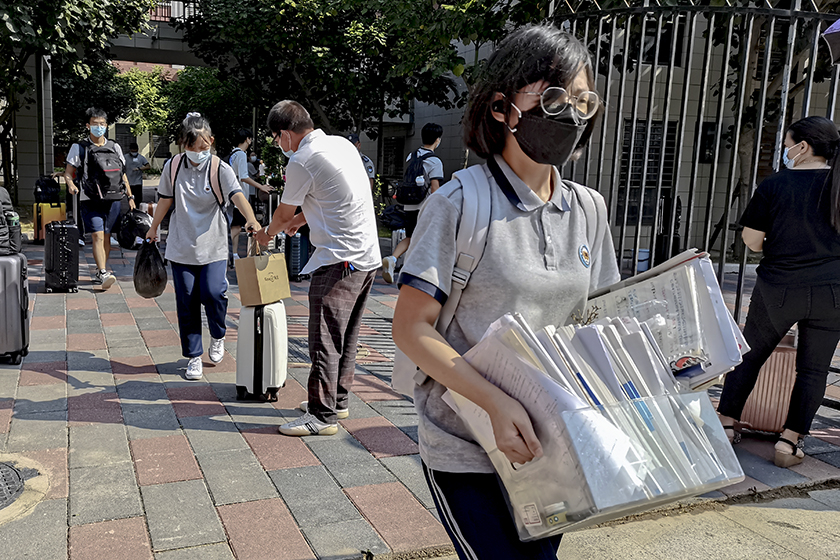 A middle school student moves off campus Tuesday in Xiamen after the city required students to stay home and study online due to the pandemic. The city reported 32 new cases on Monday. Photo: The Paper 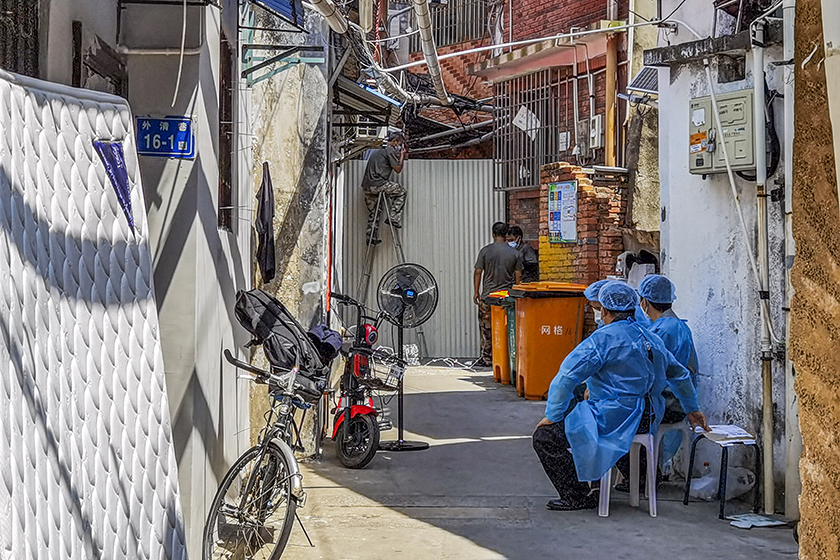 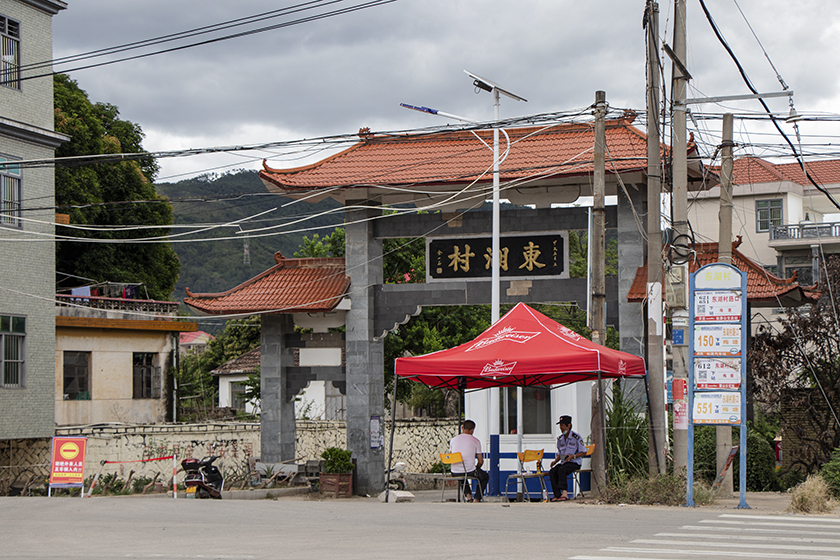 The local government has set up a checkpoint in a village in Xianyou county of Putian to prevent the spread of Covid-19 on Sunday. Photo: VCG 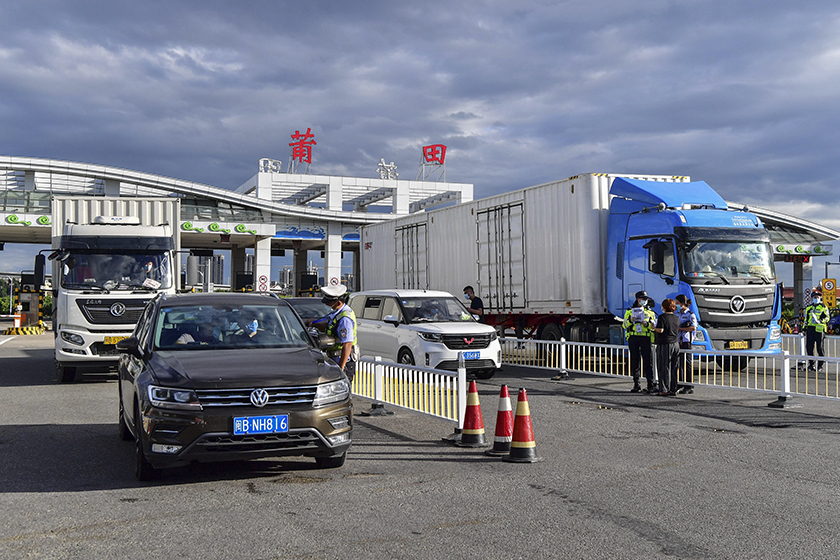 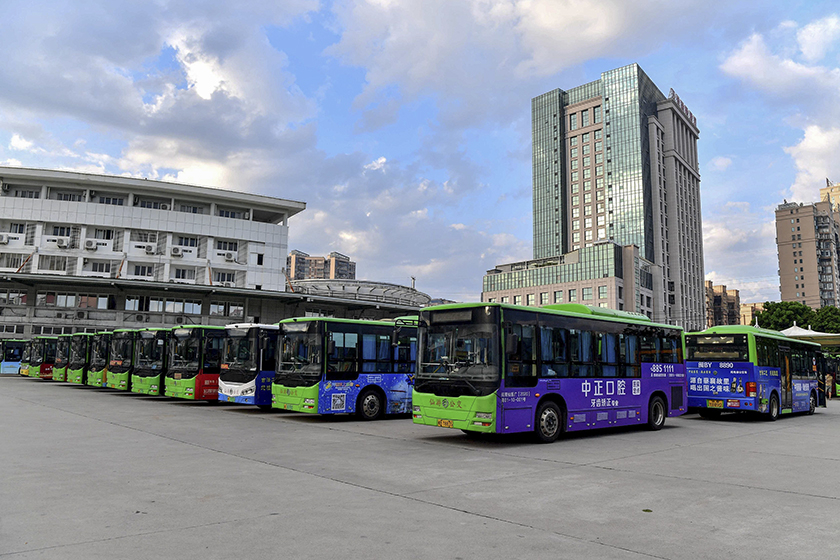 Empty buses are seen at a bus station Monday in Xianyou county of Putian, where bus services have been shut down since Sept. 11 due to the pandemic. Photo: Zhang Bin/China News Service, VCG