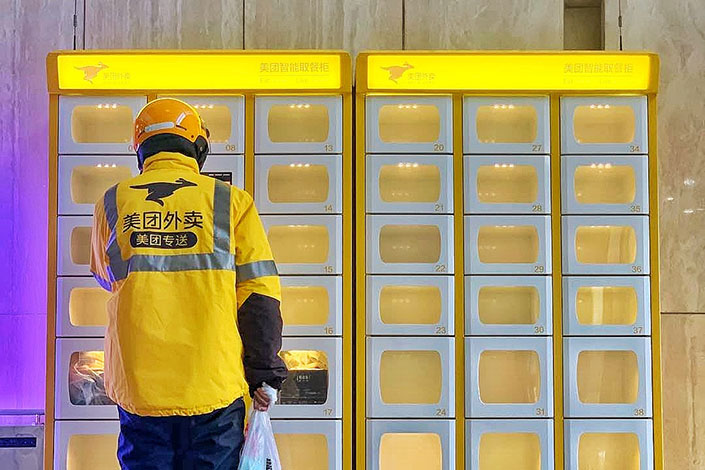 On-demand services giant Meituan has revealed new details about how it sets delivery times for its vast legion of takeout drivers, amid criticism that unrealistic deadlines force them into risky behavior.

The first estimate is calculated by a machine learning model based on order details and regional demand and supply. The other three, which are what the company called “protection times,” place emphasis on various factors to come up with variable delivery times.

The “city characteristic protection time” focuses on factors such as the city’s geography, traffic conditions, and pandemic prevention controls. The “segment protection time” highlights on how long each step of the delivery process typically takes, such as the time taken by a vendor to prepare an order as well as time taken for the rider to travel to collect it and then on to the final destination. Lastly, the “distance protection time” is primarily based on distances.

The company said it has already invited riders to give feedback on the delivery process, experts to discuss details of its algorithm adjustment, as well as users for surveys and research.

Based on this feedback, Meituan said it is working on two adjustments. The first is providing extra time for delivery workers if “abnormal scenarios” occur — such as order surges during holidays, extreme weather conditions and delays from restaurants. The second is giving an estimated range for an order’s arrival, rather than an exact hour and minute.

However, it’s not clear whether these adjustments would address another major problem arising from Meituan’s delivery system — requiring riders to take the “shortest and fastest” delivery routes that are often unrealistic or unsafe.

Last September, an extensive report published by Renwu magazine (link in Chinese) detailed the risks that food delivery drivers face within China’s gig economy, with one section describing how workers often receive instructions to drive against the flow of traffic or violate other traffic laws. These workers are then forced to choose between safety and losing income due to a late delivery.

The revenue and user growth of on-demand delivery platforms such as Meituan and Ele.me have been fueled by the millions of drivers who work under a punitive rating system amid fierce competition. Meituan said by the end of 2020, a total of 9.5 million delivery riders had received an income from its platform.

More than 95% of takeout delivery workers toil more than eight hours a day, with 28% working 12 hours a day, according to a 2020 research report conducted by Beijing Yilian Legal Aid and Research Centre of Labor (link in Chinese). More than 44% of these workers haul over 800 orders every month.

At Meituan, there are two main types of riders: Full time, also known as “zhuansong” (专送) who are hired directly by the company; and part time, known as “zhongbao” (众包), who are hired from third-party fast-delivery companies or as individual contractors.

This approach has allowed shared economy platforms to circumvent formal labor contracts and thus reduce spending on entitlements such as social security and medical insurance, as well as on career development and human resources management.

Hao Zhengxin, a lawyer who has long been providing legal advice to gig workers, previously told Caixin that it is very difficult for part-time delivery riders to establish a labor relationship with the companies they work for.