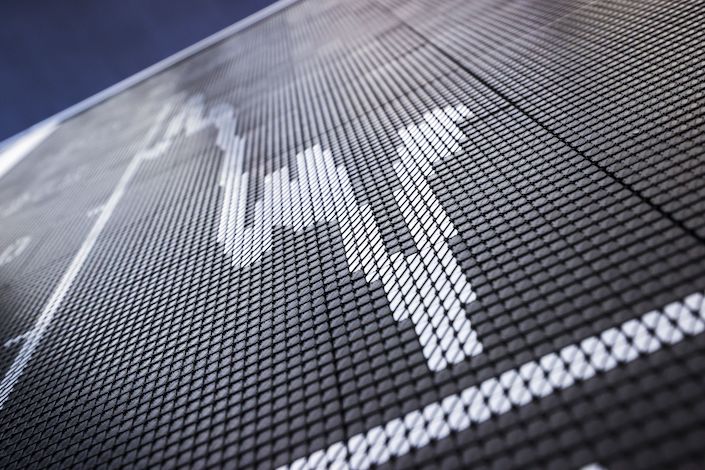 The Stoxx Europe 600 index fell 2%, the most in a month and to the lowest level since July 21. Germany’s DAX slumped 2.3% on the day the index’s rebalancing takes effect, with banks and automotive shares underperforming.

While all sectors retreated on the European gauge, miners declined the most, sliding to the lowest level since February as iron ore’s rout deepened and base metals fell. Anglo American Plc, Rio Tinto Plc and Glencore Plc were among the worst performers.

“Worsening sentiment out of China, and a ratcheting up of geopolitical tensions has led to the pullback,” Altaf Kassam, State Street EMEA head of investment strategy & research, said by email. “With a raft of central bank meetings and announcements this week and soon after, the market is becoming nervous that the ‘transitory’ inflation narrative will be undermined by continued strong inflation data, leading to an earlier-than-expected policy tightening.”

The Stoxx 600 has been retreating from a record high reached in August as investors focus on risks ahead. All eyes will be on Wednesday’s Federal policy statement, with officials expected to signal a move toward scaling back stimulus.

Meanwhile, the VSTOXX European volatility index jumped to the highest intraday level since mid-May and the highest since February on a closing basis.

Alberto Tocchio, a portfolio manager at Kairos Partners, doesn’t think there will be “a contagion effect” from China’s crackdown on other continents.

“A correction was due and is healthy after one of the biggest uninterrupted rallies in history, which will eventually resume,” Tocchio said. Other factors denting investor confidence in the near-term include inflation and the slowdown in economic growth, he said.

Among the biggest individual movers, Deutsche Lufthansa AG rose after announcing plans to raise 2.14 billion euros ($2.5 billion) to repay part of a German government bailout. Meanwhile, luxury stocks including LVMH and Kering SA declined amid persistent worries over China’s slowing growth. Also, Prudential Plc sank as much as 8.3% after news of a share placing came on what an analyst called the worst day possible.