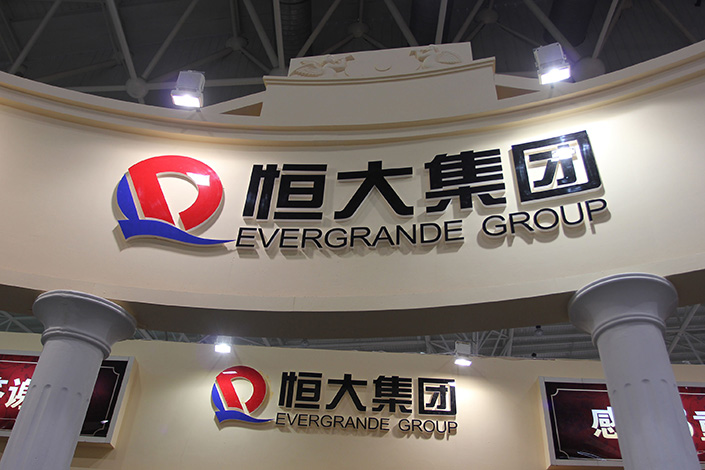 China’s top court has directed all the debt cases involving Evergrande to be moved to the Guangzhou Intermediate People’s Court. Photo: VCG

A Guangzhou court has been designated to handle all the debt lawsuits involving cash-strapped China Evergrande Group, sources with knowledge of the issue told Caixin, as the property giant struggles with its creditors.

The decision reflects the dire situation facing the Hong Kong-listed developer as it has been sued by creditors and suppliers across the country over missed payments.

The Supreme People’s Court — China’s top court — has directed all the debt cases involving Evergrande and its related parties to be moved to the Guangzhou Intermediate People’s Court, a source at a provincial-level court said. Two lawyers confirmed that the cases involving Evergrande that their firms are handling will be transferred to the Guangzhou court.

A court insider said this kind of decision — known as “centralized jurisdiction” — is usually made when a company is involved in a large number of lawsuits across regions and the situation has the potential to cause a significant social impact.

While it’s not uncommon for such troubled companies to end up restructuring under China’s bankruptcy law, a lawyer told Caixin that being subject to centralized jurisdiction doesn’t necessarily mean such a restructuring will occur.

The major reason this happens is to prevent a company’s assets from being chaotically carved up through lawsuits across various courts, the lawyer said, speaking on condition of anonymity.

Evergrande has been caught in a liquidity crunch and debt crisis as its access to new funding has been severely diminished after regulators moved to curb debt levels among property developers last year, resulting in recent sell-offs of its bonds and stocks.

In a Thursday note, ratings agency S&P Global Ratings Inc. estimated that Evergrande has more than 240 billion yuan ($37.1 billion) of bills and trade payables from contractors to settle over the next 12 months, of which around 100 billion yuan is due this year. The company’s financial report showed that it had 158.8 billion yuan in cash and cash equivalents at the end of last year.

In recent months, Evergrande has launched a flurry of sales promotions and sold equity assets to ease its cash crunch. However, increasing numbers of suppliers and creditors resorted to legal remedies, leading to some of the one-time highflyer’s assets being frozen.

Meanwhile, three major global credit ratings agencies have all downgraded Evergrande. On Thursday, S&P again downgraded the conglomerate from B- to CCC, deeper into speculative-grade territory, citing its increasingly strained liquidity and higher nonpayment risk. “Evergrande’s liquidity position is eroding more quickly and by more than we previously expected,” the agency wrote in the note.

The company’s Hong Kong-listed shares plunged about 48% last month and are down nearly two-thirds since the start of the year. They closed at HK$5.2 (67 U.S. cents) on Friday, down 4.6%.