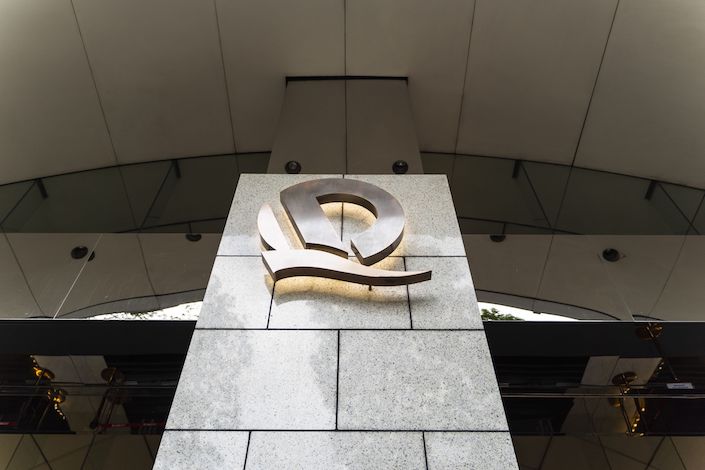 The property giant’s stock tumbled to the lowest level since April 2017, extending its two-day loss to 25%. Several of Evergrande’s local and offshore bonds sank to record lows, with its dollar note due 2025 falling as low as 54 cents on the dollar. Bonds of other junk-rated Chinese borrowers declined, while a gauge of developer shares dropped to a nearly three-year low. The nation’s bank stocks also slumped.

Long-simmering doubts about Evergrande’s financial health intensified this week after the developer had a $20 million bank deposit frozen by a local court and was hit with a sales ban by a city government alleging it failed to set aside enough funds in escrow accounts. The city later removed the ban, providing some relief for Evergrande’s stock, but investors remain worried that the company isn’t selling properties and other assets fast enough to repay its $301 billion mountain of liabilities.

“Evergrande’s debt risk is quickly piling up,” said Ma Dong, a partner at Beijing-based bond fund BG Capital Management. “The size of the frozen assets is small, but investors are concerned that more creditors will take similar actions.”

While Evergrande has emerged from past liquidity crises intact, some investors are betting this time will be different as Chinese President Xi Jinping’s government becomes more tolerant of defaults. Several large state-owned banks have already reduced their lending to Evergrande, though the developer has repeatedly said its relationships with creditors are normal. The company arranged payment of $352 million of dollar-bond coupons Tuesday, Cailian reported, without citing anyone.

The risk is that a major payment failure at Evergrande could ripple through China’s financial system, eroding confidence in other highly leveraged property companies, shadow lenders and even some banks. Officials from China’s top financial regulator told Evergrande founder Hui Ka Yan at the end of last month that he should solve his company’s debt problems as quickly as possible, emphasizing the need to avoid major economic shocks, people familiar with the matter told Bloomberg News earlier this month.

The frozen bank deposit has some creditors questioning whether Evergrande still has the implicit support of Chinese authorities, said Omotunde Lawal, head of emerging-market corporate debt at Barings UK.

“The key thing to watch now is if other banks or trust companies rush to demand loan repayment or freeze assets,” Lawal said. Any news of successful asset sales by Evergrande may help calm investor nerves, she said.

Evergrande is considering an initial public offering in Hong Kong for its bottled water business, though the sale would only raise a few hundred million dollars and take place next year, Bloomberg reported Monday. The Shenzhen-based developer has $80 billion of equity in nonproperty businesses that could help generate liquidity if sold, Agnes Wong, a Hong Kong-based analyst with BNP Paribas SA, wrote in a June report.

Whether Evergrande can secure attractive prices for those assets remains to be seen. All of its key publicly traded units have tumbled in recent weeks, with the market value of Evergrande Property Services shrinking by as much as $17 billion since its February high. Evergrande New Energy Vehicle lost as much as $60 billion in the period.

Late Monday, news emerged that the Chinese city of Shaoyang halted sales at two of Evergrande’s residential projects. Shaoyang’s government said it took the action after Evergrande didn’t deposit enough pre-sale funds into escrow accounts and intentionally evaded supervision, according to a statement posted on the local housing department’s website.

On Tuesday, Shaoyang authorities said they allowed Evergrande to resume sales at the two projects after the developer transferred more money into the accounts.

Chinese developers sell residential properties before construction is completed but are required to deposit funds from the transactions in supervised bank accounts. These escrow accounts are designed to prevent cash-strapped builders from abandoning projects.

The incidents suggest that negative sentiment toward Evergrande has spread “beyond short sellers to local officials and banks,” said Brock Silvers, chief investment officer at Kaiyuan Capital in Hong Kong.

Evergrande’s stock, which sank as much as 16% Tuesday, pared its decline to 10% at the close in Hong Kong. It was the biggest loser in the Hang Seng China Enterprises Index. The Shanghai Stock Exchange Property Index slid 0.5% to the lowest since October 2018, while developers led declines among China’s offshore junk bonds. Notes issued by Kaisa Group Holdings Ltd. and Guangzhou R&F Properties Co. fell between 1.6 cents and 2.4 cents on the dollar.

Evergrande has a history of “pulling a rabbit out of a hat in terms of financing,” said Nigel Stevenson, an analyst at GMT Research Ltd. “The problem is that if confidence ebbs away, people start looking out for their own interest and grabbing whatever they can,” he said. “That’s the danger of things unraveling quite quickly.”