By Niu Mujiangqu and Timmy Shen 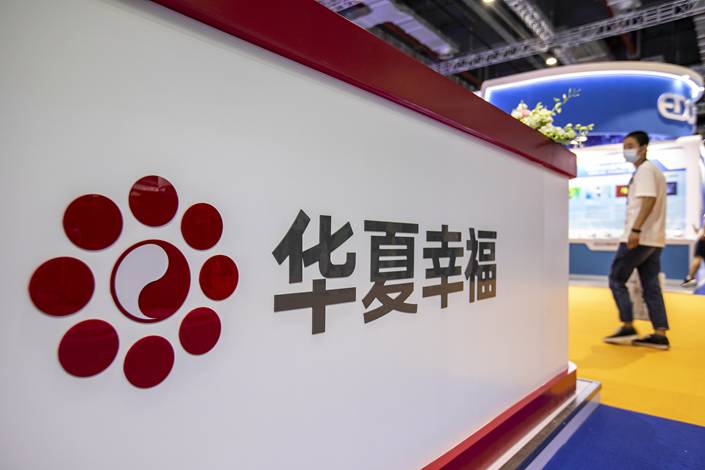 The Shanghai-listed developer booked 101.2 billion yuan in total revenue for the year, down 3.8%, the report shows.

China Fortune said in the filing that the company faced liquidity shortages starting from the fourth quarter of last year, which affected its operations and financing.

The report shows that much of its 2020 income was from projects that were affected by the national policy to cool China’s bubbling real estate market in 2017 and 2018. Prices of units in some areas were also affected last year due to the Covid-19 epidemic, the company said.

China Fortune is still mired in debt. The developer said in an April 22 filing (link in Chinese) that it had about 47.8 billion yuan in debt that had matured, and that it is negotiating for extensions of repayment with relevant financial institutions.

Last week, Ping An Insurance (Group) Co. of China Ltd., China Fortune’s second-largest shareholder, reported muted growth in net profits in the first quarter despite the low base a year ago after setting aside a large sum of money to cushion potential losses from its exposure to China Fortune.

“Ping An made provisions for impairment losses and adjusted the valuations of investments related to China Fortune Land Development in the first three months,” Ping An said in the filing. These amounted to 18.2 billion yuan and slashed 10 billion yuan, or a quarter, from its net profits, it said.

China Fortune’s financial strains began to appear last year. In November, it asked Ping An to lend the company some money so it could repay its debt, sources with knowledge of the matter told Caixin (link in Chinese) previously. China Fortune later asked North China’s Hebei government to reduce the fees and taxes the company has to pay. It also asked the government to repay some of its debt to the company, but the government didn’t agree to any of it, the sources said.

Tang Ziyi and Luo Meihan contributed to this report.