Caixin Explains: Why China’s Property Markets Are Gold And Silver No More

By Charlotte Yang and Ke Baili 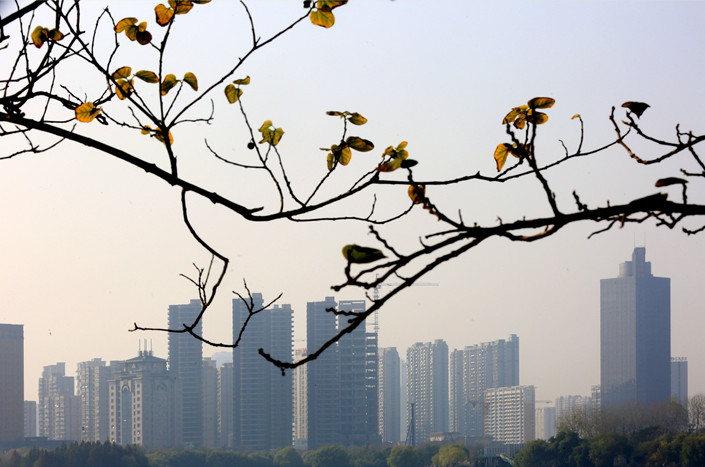 Fall is traditionally peak season for consumption and investment in China, hence the phrase “Golden September and Silver October” (金九银十jīn jiǔ yín shí). For the real estate sector, this is supposed to mean two months of upbeat property sales.

Cool, crisp autumn weather, perfect for viewing a potential new home, is one explanation for the trend. Another is extra effort by developers to boost their cash flow before the end of the year, in order to pay off suppliers and maturing bank loans. All myths deserve a second glance however — even though these months do tend to see healthy property sales, the seasonal bump is now worth far less than it once was.

This year many real estate developers struggled through what some media gleefully dubbed a “Copper September and Iron October” (铜九铁十tóng jiǔ tiě shí). This slowdown in sales was largely a result of government attempts to cool China’s bubbling property market, combined with broader headwinds to growth like trade tensions and a credit squeeze. The latest round of measures to curb speculation in real estate, rolled out since 2016, has included price caps, reselling restrictions, and higher down-payment ratios and interest rates on mortgages in some cities.

China’s housing market is like a wedding cake, with prices in the four first-tier cities— Beijing, Shanghai, Guangzhou and Shenzhen — many, many times higher than those in the dozens of third or fourth-tier cities. Regulations to cool the market started at the top and have cascaded down the tiers over the last few years, chasing after speculators, and the growth of housing prices has in turn slowed fastest in the bigger cities.

Slack demand this fall forced developers to offer huge promotions, including free cars and lower down-payments. Angry buyers who had just snapped up houses at higher prices duly protested, demanding refunds. When mega-developer Country Garden Holdings slashed prices by up to 30% at two of their projects, its sales centers were mobbed. Property prices in China are highly politically sensitive. While some have made fortunes, the boom has pushed housing prices in big cities increasingly out of reach for most Chinese people. Public discontent has led the government to say repeatedly since 2016 that “houses are for living in, not for speculation.”

Copper and iron may lack the rich sheen of a precious metal, but they’re still worth something. Next year may be far worse. China Vanke Co. Ltd., one the country’s biggest developers, recently said "survival" was the ultimate goal for the next three years. China International Capital Corp., the largest state-backed investment bank in China, expects a “year of recession” in real estate in 2019. Industry pundits may have to think of some even cheaper materials to express their disappointment come next fall.