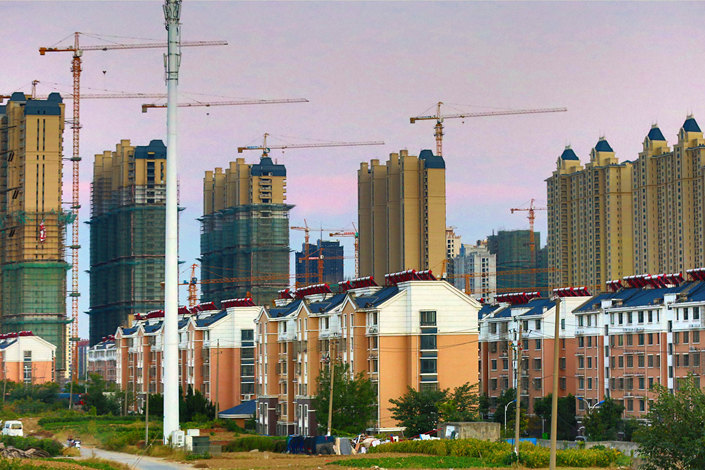 * Analysts said the stronger growth in third-tier cities will eventually weaken, as the government will eventually have to ease off on investment-led shantytown redevelopment projects

(Beijing) — China’s property market showed few signs of warming in October, with home-price growth slowing from the previous month in major cities, and analysts predicting the policy lending that has supported stronger growth in smaller cities will eventually come to an end.

New-home prices in the four first-tier cities — Beijing, Shanghai, Guangzhou and Shenzhen — remained flat month-on-month in October, while the growth rate for prices for existing homes dropped to 0.2%, according to the National Bureau of Statistics on Thursday.

The growth rates for new- and existing-home prices in second-tier cities declined to 1% and 0.3% respectively, while the rates in 35 third-tier cities grew to 1.1% and 0.5%, the data show.

Analysts said that the stronger growth in third-tier cities will eventually weaken, as the government will eventually have to ease off on investment-led shantytown redevelopment projects.

“Despite stable property price inflation in October, we expect the property sector to cool significantly in 2019, as tightening measures in large cities will not be reversed quickly unless there are signs of a sharp decline, and support from PSL (pledged supplementary lending) to lower-tier cities cannot continue indefinitely,” according to research by Nomura on Thursday.

PSL is a way for central banks to increase the amount of cash in favored sectors by issuing pledged loans to commercial banks. Since 2015, the central bank has been relending money to policy banks, which the institutions have been then lending to local governments, which pass it on as compensation to residents whose homes are demolished during shantytown renovation projects.

PSL has been one of the major drivers of house-price growth in third- and fourth-tier cities, but experts expect the central government will gradually end PSL to shantytown redevelopment projects to better control housing prices.

The State Council, China’s cabinet, announced on Oct. 9 that cities and counties that are facing rapidly growing house prices should stop accepting PSL (link in Chinese) as soon as possible.

Cooling the property market has been a stated government aim since 2016 in the face of rapidly rising prices. For example, the average price of Beijing’s housing grew nearly fivefold over the last decade.

China’s real estate market will face “a year of recession” in 2019, said China International Capital Corp., the largest state-backed investment bank in China, in a report Tuesday. This assessment reflects the chill in the market that property developers have already felt as they cut prices to promote sales and buy less land.