By Pan Che and Zhang Lantai 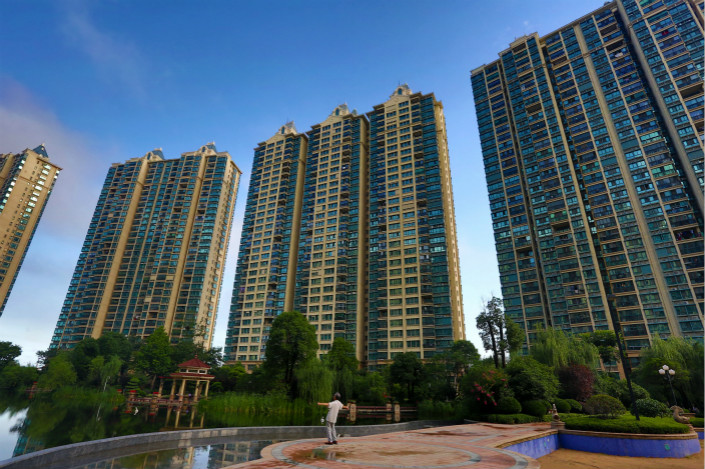 The two major risks facing China’s real estate market are that the bubble could continue to inflate or eventually burst, a new report warned.

The first risk is that property prices will surge following a prolonged government-mandated clampdown that subdued price growth, worsening the real estate bubble, according to the report by the National Academy of Economics Strategy (NAES) and the Global Urban Competitiveness Research Center for City and Competitiveness. Both institutions are affiliated with the Chinese Academy of Social Sciences, a top government think tank.

The second is that the market will lose its long-held expectation that home prices will always go up, causing the bubble to burst and property prices to plummet.

Neither is a scenario that the government wants to see. The proof is that many city and provincial governments are trying to curb monthly growth, but still tolerate the year-on-year price increase.

Beijing, where the average price of housing grew nearly fivefold over the last decade, fired the first salvo in the last round of housing market controls at the end of September 2016. The capital city was soon followed by Shanghai, Guangzhou, Hangzhou, Nanjing and other major cities.

These restrictions, which have been strengthened this year, have effectively “contained the excessively rapid growth of housing prices in major cities,” the report said.

However, there is still a chance things will go wrong, according to Ni Pengfei, a researcher at the NAES. “In the short term, the bigger risk is that the bubble will grow larger,” Ni said.

The local governments have a good reason to ease up on the restrictions because they generate a great deal of their revenue from land sales, Ni said. They rely on the money raised from land auctions to support urban infrastructure construction and public services development.

China’s housing market continues to face deeply entrenched problems, which have worsened the risks facing the property market. The problems are a dearth of diverse housing stock, a lack of affordable housing due to insufficient government support, and a geographic-demographic supply mismatch. The mismatch has resulted in a housing shortage in China’s overcrowded cities and a glut in the country’s smaller cities.

The report advised the government to promote rental housing and next year accelerate the timetable for instituting a property tax in the next year. The goal is to establish a long-term housing policy that fosters more diversity in the housing supply and healthier overall growth in property market. In the meantime, however, the government should stick to the current regime of restrictions through 2018.

The report also suggested that the government should lower the entry threshold so more companies and other private entities can participate in affordable housing and the residential housing market, in a bid to provide more options for different groups, whose housing needs are diversified.

Despite the problem, the housing market isn’t facing an immediate crisis. “As long as there are not any big policy changes, China’s housing market will remain stable in 2018,” the report said.

Growth in house prices might continue to creep down and sales growth will soften after this year as the country’s housing inventory continues to decline, the report said.

On the investment front, the report estimated that real estate investment in 2018 will be a tad lower than that of 2017. It said strong investment in real estate had helped drive China’s economy as the high-tech investors and services sectors’ support for the growth has proved to be limited.