By Zhang Xin and Jiang Xinyi 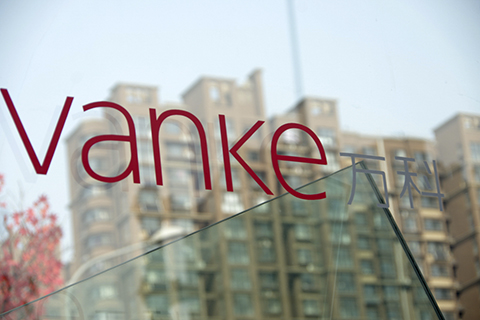 China Vanke Co., the nation’s leading property developer, is repositioning its strategy to seek future growth from rental properties as the government encourages development of the fledging residential leasing market in a bid to rein in housing bubbles.

Yu Liang, Vanke’s chairman and chief executive officer, said Tuesday that the company has set its sights on becoming the leading player in the home rental market. Yu’s statement sparked a surge in Vanke’s Shenzhen-traded stock to a record 33.08 yuan ($5) a share during the day. The shares have recorded robust growth so far this year, rising 60% from the beginning of the year.

Vanke and other property developers are betting on the fledging residential leasing market as the central government steps up efforts to encourage the growth of the rental market to expand alternative supplies of housing and tame wildly rising home prices. Since July, several central government departments have issued a flurry of incentives to promote residential leasing in big cities, including the scaling-up of land sales for rental-only housing developments and tax breaks for residential service firms.

At a recent industry meeting, several property companies disclosed plans for the rental sector and said the business would offer stable cash flow and profits.

China’s residential leasing market has remained underdeveloped. A 2016 study by the China Academy of Social Sciences found that fewer than 10% of Chinese households lived in rented homes, compared with more than 30% in the U.S. and Europe.

As one of the pioneers in China’s residential leasing market, Vanke first tapped the rental market in 2007 by developing small rental apartments and launched a project brand designated for long-term rental last year.

According to Zhu Xu, Vanke's board secretary, the company plans to add 100,000 apartments for long-term rental this year, mainly in big cities like Beijing, Shanghai and Shenzhen, in a bid to become China’s largest rental project provider. As of September this year, Vanke operated 24,000 rental units in 24 cities, the company’s financial report showed.

Vanke has also partnered with financial institutions to develop the rental business. Earlier this month, Vanke and 10 other developers entered into a partnership with China Construction Bank to develop rental homes in southern China’s tech hub Shenzhen. The bank will offer low-interest loans to support the partner companies’ rental projects in the city.

But Vanke is still struggling with low investment returns on rentals. A company source told Caixin that the yield on Vanke’s rental business in Beijing is 1.5% to 2%. Tan Jiehua, Vanke’s senior vice president, said earlier that yields below 2% for rental projects in big cities would barely be profitable.

Zhang Dawei, chief analyst of Centaline Property, said the low yields are the biggest challenge for developers venturing into the leasing business. Despite Vanke’s ambition, it is still too early to see a real leading player in the market, Zhang said.