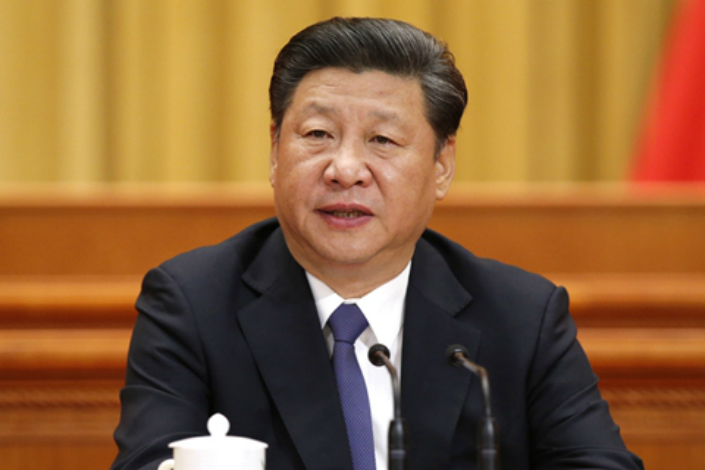 The Communist Party's Central Leading Group for Comprehensively Deepening Reform, led by General Secretary Xi Jinping, said that the judiciary needs to “play a greater role in protecting intellectual property and innovation,” the party-run People’s Daily reported. The judicial authorities are expected to flesh out this recommendation in the coming months. Photo: Xinhua

The group led by General Secretary Xi Jinping made the announcement yesterday, during its first meeting after the major party reshuffle last month.

The Central Leading Group for Comprehensively Deepening Reform, created in late 2013, is responsible for setting the tone for China’s major social, political and economic reform programs. Guidelines endorsed by the group form the foundation for specific implementation plans created by different government agencies.

The meeting comes just over a month after the 19th National Party Congress in which Xi declared a “new era” for socialism in China, which would “bridge the gap between people's demands for a better life and unbalanced, insufficient development.”

The reform priorities identified by the elite group touch on areas that have widened inequality in China including education and health care.

The group gave its seal of approval to several documents including recommendations to reform the judicial system for the better protection of intellectual property rights (IPR) and a three-year action plan to improve public sanitation and the rural environment.

Violations of intellectual property rights have long been a simmering issue in Sino-U.S. relations, with America prodding China from time to time to do more to safeguard copyrights of creative works such as films and television serials, and patents for original designs.

In a document outlining reform priorities, the group said the judiciary should “play a greater role in protecting intellectual property and innovation,” the party-run People’s Daily reported. It also highlighted the need to better train professionals serving in China’s special intellectual property courts.

China’s Supreme Court and the Supreme People’s Procuratorate are expected to lay out specifics to improve court work linked to IPR disputes in the coming months.

The group also recommended incentives to tackle the shortage of general practitioners (GPs) at public hospitals and ways to improve the system for teacher training and recruitment, according to Xinhua News Agency.

The lack of qualified GPs, or family doctors, has resulted in large public hospitals often being overwhelmed by patients seeking treatment for minor conditions that could have been handled at community clinics, analysts said.

China has 170,000 registered GPs at present, far short of the 300,000 doctors the country needs by 2020, according to an estimate by the National Health and Family Planning Commission, the country’s top health authority.

The party group has also decided to include lakes and other inland water bodies in its “river management system,” that has appointed officials all the way down to the township level to monitor water quality.

More than 30% of surface water in China isn’t safe for drinking, according to statistics from the Ministry of Environmental Protection.