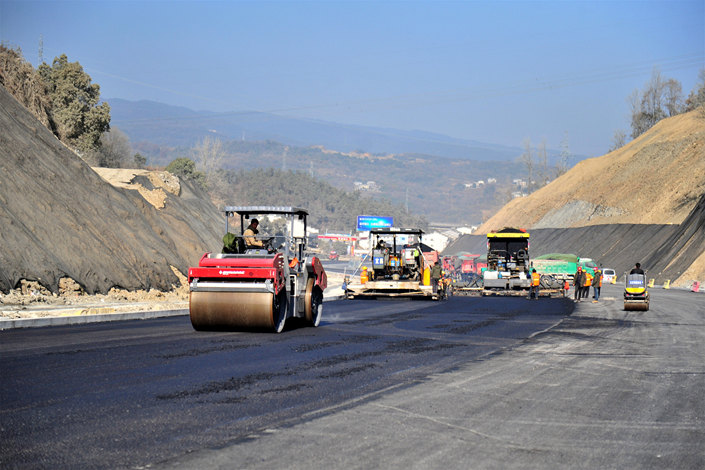 * Infrastructure investment rose 3.7% year-on-year in the first 10 months, higher than the nine-month figure of 3.3%

* Investment in real estate development rose 9.7% year-on-year in the first 10 months, lower than the reading of 9.9% in the January-September period

(Beijing) — China’s investment growth picked up in October as its leadership called for more funding in the infrastructure sector amid slowing domestic growth and an ongoing trade war with the U.S.

Government-driven infrastructure investment, which includes spending on the construction of roads, railways and some other public facilities, rose 3.7% year-on-year in the first 10 months, according to data released Wednesday by the National Bureau of Statistics (NBS). The reading was higher than the first nine months’ increase of 3.3%, which was the slowest growth in available data going back to March 2014. The growth pickup in October marked its first rebound of this year.

The upbeat data come as local governments accelerated the pace of fiscal spending and bond issuances to inject more funds into the infrastructure sector in a bid to shore up the country’s slowing economy.

Growth in infrastructure investment had been trending down over the past months due to policy tightening on local government borrowing.

But that has changed. “Infrastructure projects that were previously suspended or delayed have resumed, while some major infrastructure projects, such as the ones related to water conservation, transportation and energy, have been accelerated,” NBS spokesperson Liu Aihua said at a briefing (link in Chinese).

According to NBS data, fixed-asset investment excluding rural households, a key driver of domestic demand that includes infrastructure investment, rose 5.7% year-on-year in the first 10 months of the year, picking up from an increase of 5.4% in the first nine months.

“Policymakers are ready to make a U-turn from tightening to easing, but the economy would continue to slow on the lagging impact from the previous tightening,” Larry Hu and Irene Wu, analysts with Macquarie Capital Ltd., said in a note.

Property-sales volume declined 3.1% year-on-year in October after a 3.6% drop in September, according to Caixin calculations based on NBS data.

“The property sector is clearly heading into a down-cycle,” Hu and Wu said.

Multiple analysts attribute the cooling property market to tight price controls in big cities, and tightening controls over shantytown redevelopment programs that were previously a major driver of demand in smaller cities.

Retail sales, which include spending by governments, businesses and households, rose 8.6% year-on-year in October, moderating from 9.2% in September, NBS data showed.

“The distortion from moving holidays may have weighed on October consumption and driven up sales in September, as the Mid-Autumn Festival holidays fell in September this year but were in October last year,” analysts with Nomura International (Hong Kong) said in a note.

That said, they remain bearish on the outlook for consumer spending due to “high household leverage, sluggish income outlook and underperforming financial markets.”

“We expect the government to take further measures to support the economy as downward pressures increase,” Louis Kuijs, head of Asia economics at research firm Oxford Economics, said in a note.

Looking ahead, Kuijs expects the trade conflict with the U.S. to be a key headwind for China’s economy, as it affects exports, manufacturing investment as well as confidence more generally. “Given the wide gap in positions, we think that the likelihood of significant de-escalation of the underlying tensions is low in the short term,” he said.