Opinion: The Metaverse Is the Hot New Thing in Tech. It Also Poses Considerable Dangers 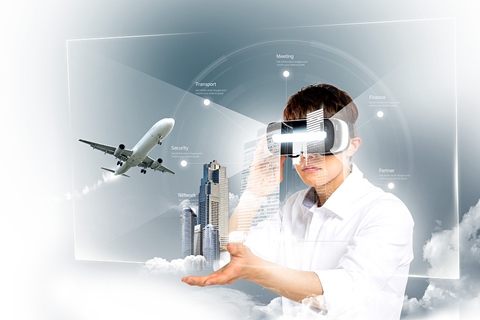 The virtual world, namely what the metaverse seeks to create, aims to meet immaterial, mental demands, rather than material demands. Can it really succeed?

The metaverse is currently one of the hottest topics in China’s capital market. It’s not the first, or the last. In the past two decades, we have seen hot tech ideas emerge one after another in this market.

Let’s quickly review the history starting with the breaking of the dot-com bubble in 2000. The bubble burst held back neither technological progress nor capital operators’ efforts to create new concepts and attract new investments. Temporarily, with risks surfacing in the internet industry in those years, capital rapidly flowed to the real estate market and created huge bubbles of subprime mortgages and their derivatives.

The subprime mortgage crisis of 2007 caused the 2008 global financial crisis.The years that followed witnessed an upsurge of cryptocurrencies based on the decentralized internet. As many people claim that Bitcoin can be a disrupter to sovereign currencies and a contributor to the building of a democratic, law-based, fair, free world, new technologies like blockchain, artificial intelligence (AI), virtual reality (VR) and augmented reality (AR) have risen.

Meanwhile, the development of the mobile internet, mobile payments, peer-to-peer (P2P) lending, crowdfunding and online insurances has enabled internet finance and fintech to spring up. This has convinced many people that internet finance might disrupt and replace traditional finance.

Amid its rapid growth, internet finance is beset with an array of problems and has become a sector closely watched by regulators around the world. In this context, blockchain has rapidly taken the stage as a seemingly trustworthy machine or internet of value. Driven by the upsurge of blockchain, initial coin offerings (ICO) have had a tremendous influence across the whole society, and has attracted a wealth of capital. Some even argue that “ICOs will be the end of finance.”

But in China, ICOs have been banned as they might lead to serious fraud, which could explain the considerable fluctuation in the prices of Bitcoin and other cryptocurrencies. It is proven that cryptocurrencies are hard to keep stable in value and gain extensive circulation. As such, we have seen the rise of stablecoins (e.g., Tether) equivalently pegged to a single legal currency and super-sovereign currencies (e.g., Libra, which is envisioned by Facebook) structurally pegged to a variety of legal currencies. This is what has enabled the birth of central bank digital currencies (CBDC). Such abundance of digital currencies has greatly impacted the essence of “currencies” and how monetary finance is managed.

Since the beginning of this year, nonfungible tokens (NFTs) have grown and gained people’s interest in a short time. As a follow-up, the metaverse has abruptly risen as a novel digital holographic world independent of the real world. The metaverse allows people to be digitalized participants of the world by integrating technologies like blockchain, cloud computing, quantum information, video games, AI, VR, AR and life science with products like NFTs and digital currencies. This is currently also the hottest concept in China’s capital market.

The word “metaverse” first appeared in “Snow Crash,” a science fiction novel written by Neal Stephenson published in the U.S. in 1992. The book describes metaverse as a virtual 3D space independent of the real world. In this space, people live and communicate with each other through avatars.

There is an argument that the metaverse, being a three-dimensional, live, holographic internet, will disrupt the existing internet use modes like how the mobile internet has changed the PC-based internet, as a new-generation internet. It is even believed that the metaverse, as the ultimate of the internet and the final form of digitalized human life, has the potential to shape virtual economies much larger than real-life ones and provide new paths and models towards the final digitalization of human society. That means it is well-positioned to embark on a new era as impactful as the Industrial Revolution.

In this context, the metaverse has attracted huge investments from tech behemoths worldwide. For example, the founder of Facebook, Mark Zuckerberg, has sworn to transform the company into a metaverse company within five years. Chinese tech giants, like Tencent and ByteDance, have expressed similar aspirations. It makes sense that this new, great trend of integrating internet-related technologies has become much-coveted across capital markets worldwide. In light of that, the year 2021 has been given the nickname the “Year One of the Metaverse” in parts of the media community.

The development of the metaverse will undoubtedly fuel the leapfrog development of related technologies and products and may foster a new type of internet-based business that produces considerable economic and social benefits. As such, it is appropriate to encourage and support the innovation of metaverse-related technologies and applications, thereby driving the accelerated development and useful application of the new concept.

On the other hand, it is alarming that the metaverse seeks to create a virtual world independent of the real world, rather than serve as a driving force for the improvement and efficient operation of the real world. The virtual world is dominated by immersive games and NFT transactions, which yet need currency transfer in the real world. When the rules by which the virtual world operates alienate the real world, the metaverse may leverage great visions like decentralization (nonsovereignty, deregulation), transparency, equality, freedom, democracy, fairness and protection of rights and interests to consume energy and material resources of the masses. However, this would cause serious differentiation or even extreme antagonism between the two worlds. That is to say, indulgence in the imagination of a fantastic world is proportional to hatred or even hostility against the real world. Such hatred or hostility may badly threaten the real world by inducing psychological distortion and extreme behavior.

The virtual world, namely what the metaverse seeks to create, aims to meet immaterial, mental demands, rather than material demands. Can it really do that?

In fact, it can never survive without real-life material support. Its interest-focused operators may brainwash people and lure them from real life into virtuality to immerse them and make them addicts of online games, which could be compared to what drugs do to people in the real world. Given that, it is essential to strike a balance between the two worlds and develop rules by which the virtual world operates in a truly scientific, appropriate way and supervise how they are put in place, in an effort to prevent the virtual world from being controlled by a few people through technology and capital. On top of that, it is crucial to ensure that both technology and capital sustain their commitment to serving the real world.

So, there are two questions that need to be answered immediately and accurately: Is the metaverse offering a bright future or is it a path to nonexistence? How can we enable the strengths of the metaverse to serve human beings?

The rapidly expanding upsurge of the metaverse, coupled with the overheated hype of NFTs and virtual currencies, is presenting considerable risks, including deviation from the real world and exponential growth amid ineffective regulation. In view of this alarming trend, it is imperative to thoroughly analyze the metaverse across the dimensions of social management, governance and human development, truly step up worldwide cooperation and do more to enact metaverse-related laws and effectively synergize efforts of regulation. Only in this way can the metaverse be prevented from endangering human development and the real world.