Caixin ESG Biweekly: Monetization of Green Assets on the Way 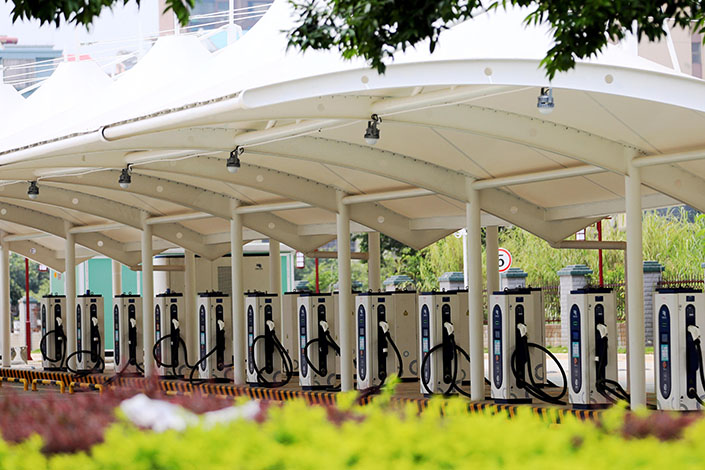 Hello ESG Biweekly readers, this week we have expert view from Xu Lin, chairman of the US-China Green Fund (UCGF). Jointly initiated by top political and business leaders from both sides, the UCGF is positioned as a market- and impact-driven private equity fund focusing on cleantech and environmental projects that yield both financial and climate returns. Prior to joining the UCGF, Xu spent his career in the National Development and Reform Commission (NDRC) and its predecessors, with a leading role in the formulation of several five-year plans, urbanization plans, regional development plans and major industrial policies. Here is Xu’s takeaway as stated at the 2021 Global PE Forum held in Beijing on Sept. 5.

Xu Lin highlighted the importance of channels through which green assets can be monetized to get returns for investors. As more institutional investors join in and the size of sustainable investing expands, the exit strategy for green asset holders is coming into focus. Consequently, Xu suggested the newly opened Beijing Stock Exchange (BSE) serve as a listing venue for companies that are truly engaged in green and low-carbon technological innovation. To better monetize green investments, he also called on the BSE to develop ABS, REITs and REITs-like products.

Xu is not alone. Chinese authorities are indeed exploring ways to build a sound and sustainable green finance ecosystem. In February, the State Council released a guideline on green and low-carbon circular economy, backing qualified enterprises in green industry to go public and raise funds. Later in April, another guideline was issued to establish an interest-oriented mechanism for value realization of the ecological products. It includes “perfecting carbon emission trading schemes (ETS)” and “piloting forestry carbon sink trading scheme.”

However, the securitization of these trading markets will not happen overnight, and instead a long-term and more cautious approach is taken. Ensuring market stability and keeping financial risks in check are top priorities for regulators, which explains their patience with the low liquidity of the newly launched national ETS due to absence of financial participants. After the current spot market becomes mature, structured financial products linked to emission rights and carbon sinks will surely be developed, but it will take time and test investor’s patience.

China has set up a carbon emissions statistical accounting working group, aiming to establish a standardized emissions accounting system, and coordinate emissions accounting work across different regions and industries, which marks a crucial and fundamental step in its efforts to realize the national goals of emissions peak by 2030 and carbon neutrality by 2060. The workgroup is jointly led by the NDRC and the National Bureau of Statistics, with the latter responsible for day-to-day operations. Member organizations include 17 government agencies, six industrial trade groups, and the Chinese Academy of Sciences.

China is introducing stricter rules in implementing the Dual Control System of Total Energy Consumption and Energy Intensity, as nine provinces and regions in China, including Guangdong, Guangxi, Yunnan and Jiangsu, increased their energy consumption on an annual basis in the first half of the year, falling short of their targets for the year. The NDRC has suspended reviewing proposals for new projects with high energy use and high emissions (excluding those major ones planned by national government) in these areas, mirroring China’s determination on energy cap and intensity targets.

China's Ministry of Finance (MOF) announced that a series of supportive financial and tax policies are now being drafted, aimed at backing the dual-carbon goals and fostering green and low-carbon development. The MOF said that the central government will continue to support technological innovation in the NEV sector. At the same time, the National Energy Administration (NEA) stepped up the formulation of an implementation plan for peaking carbon emissions by 2030, actively promoting low-carbon transformation and a new-energy power system. The moves are part of the government’s efforts to accelerate the construction of the “1+N” policy system for carbon peak and carbon neutrality, in which “1” stands for guiding opinion and “N” refers to the detailed schemes of various ministries, industries and areas.

The first draft of the “Carbon Peak Action Plan in Steel Industry” has been circulated for soliciting comments from all parties. The plan will serve as one of the “N” in the”1+N” policy system for carbon peak and carbon neutrality. It contains detailed measures for implementation in this specific high-emission industry, including the path for peaking carbon, key tasks and carbon reduction potential of the steel-production. It is emphasized that the industry will face strong headwinds in limiting production and reducing carbon, from the “relative constraint” of carbon emission intensity to the “absolute constraint” of total carbon emissions.

The NDRC and the NEA jointly issued a notice encouraging renewable energy power generation enterprises to increase the scale of grid connection by building their own energy storage facilities or purchasing peak-shaving capacity. The notice emphasizes the urgency of boosting the scale of renewable power grid connection, and clarifies the policies on guiding market participants to increase the scale through multiple channels. It is a bullish signal for the market of renewable energy storage and peak-shaving resources, which has a potential valuation of hundreds of billion yuan.

Beijing authorities have released a plan for the development of hydrogen energy industry from 2021 to 2025. According to the plan released by the municipal bureau of economy and information technology, by 2025, the Beijing-Tianjin-Hebei region will achieve a cumulative scale of hydrogen energy industry chain valued at more than 100 billion yuan ($15.4 billion) and reduce carbon emissions by 2 million metric tons. In terms of transportation, Beijing announced the target of building 37 hydrogen filling stations and having 3,000 hydrogen vehicles on the road by the end of 2023, and expects the number to exceed 10,000 by 2025. The authorities said Beijing is ready to be built into a hydrogen energy industry city with international influence.

The SSE to compile a carbon-neutrality investment index

The Shanghai Stock Exchange (SSE) is working with the Shanghai Environment and Energy Exchange (SEEE) and China Securities Index Company (CSI) to jointly compile a carbon-neutrality investment index and develop ETF products tracking this index. The investment index is compiled based on domestic A-share-listed companies. The SSE said it will further strengthen the development of green indexes, and encourage asset management institutions to establish products that track those indexes. In the future, more exploratory research on derivative products of emission allowances will be accelerated, aiming to provide diverse market-based tools for investors to manage risks and bring a variety of investment opportunities into the green financial system, according to the SSE.

Subsidies for biomass power generation to be increased significantly this year

The NDRC, the MOF, and the NEA jointly issued the “Action Plan for the Construction of Biomass Power Generation Projects in 2021,” signaling that China is promoting the sustainable and healthy development of the industry by accelerating the construction and operation management of biomass power generation. This document defines the subsidy method as “revenue-based expenditure, total control.” The projects to be subsidized are divided into two types: competitive and non-competitive allocation, with the subsidy funds arranged separately. Among the total amount of 2.5 billion central subsidies, non-competitive allocation projects are entitled to 2 billion yuan and the competitive ones correspond to 500 million yuan.

Alongside the development of the Emission Trading Scheme (ETS), there is also a China Certified Emissions Reduction (CCER) scheme. Companies can voluntarily use verified emissions cuts from their low-carbon and renewable projects to apply for CCER credits, and then sell the credits on ETSs to those who emit more than quota limits. The latter thus can use the CCER credits to offset a smaller portion of their own carbon emissions. The CCER registry was launched in 2015 and suspended in 2017, but it is widely believed that the MEE plans to resume approving new CCER projects again.

In the absence of a national CCER market, the emission offsetting credits are still actively traded in nine regional markets. For the week of Aug. 30 — Sept. 3, the total weekly volume across the nine regional pilot markets increased by a substantial 17.5% to 2,642,497 tons. The Guangdong market had the highest volume at 1,399,394 tons, a threefold increase, accounting for 53% of national volume.