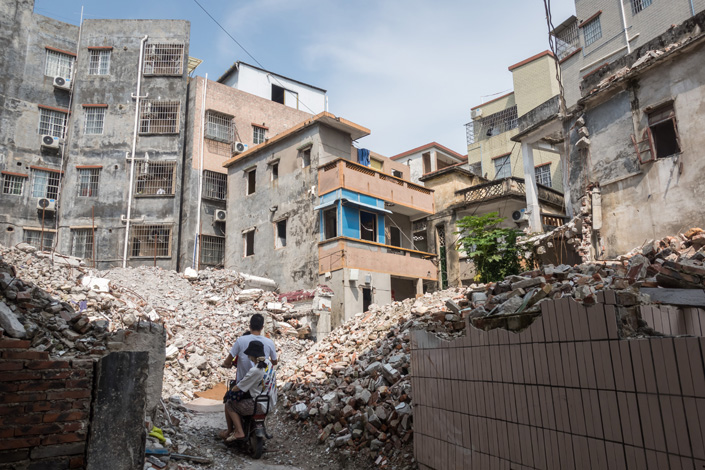 A host of issues have upset China’s leading property developers, including the infamous case of Evergrande. These companies’ current plight is not coincidental, but the result of a complex interaction between the economic climate and the industry lifecycle against the backdrop of firm housing market regulations. Property developers are paying the price for years of expansion driven by a high level of leverage and turnover. Their losses are symptomatic of industrywide problems. On top of administrative management, drastic measures are needed to regulate the market, including reforms to the land and housing systems.

People need to settle down before they can set out to fulfill their aspirations. China’s housing reform around the turn of the century boosted the real estate sector and improved housing conditions. However, high house prices are affecting people’s livelihood and hampering China’s economic transformation and industrial upgrading. Against this backdrop, decision-makers have stated that “houses are for living in, not for speculation” and introduced a series of policies in the latter half of 2020, such as the caps on mortgage lending for banks as well as the “three red lines” imposed on developers, which determine the bottom lines for their liability-to-asset ratio, net gearing ratio and cash-to-short-term debt ratio. In August, the number of cities with growing housing prices declined, according to statistics on 70 cities released by the National Bureau of Statistics. However, we still need time to see what the long-term effects of this round of policies will have.

There is an ongoing debate over the cause of China’s soaring house prices, as some blame monetary stimulus, and others blame the shortage of land for housing. The status quo could, however, be attributed to multiple factors. There has been a gradual decline in land supply for housing and an increase in low-cost industrial land, especially in first-tier cities. Exploiting land sale for development has become an effective model in many places where the government controls the primary market in real estate and offers investors low-priced industrial land. Under this model, residential land is sacrificed for accelerated industrialization and urbanization. Land becomes a growth driver and an instrument for macro-control.

Over the past 20 years or so, this model has served China well. Now, we are seeing the side effects. It has pushed up house prices, which in turn has given rise to property speculation. Urban land has become even more expensive and more appealing to the government as ideal collateral for loans. Many local governments have found themselves in a dilemma. Rising house prices mean public indignation and failure to comply with national guidelines while falling prices could result in a fiscal crisis. The latter scenario seems more problematic as governments face mounting pressure on loan repayment. Underperforming property developers are also worrisome, and governments have been walking a fine line in macro-control. In times of economic slumps, they rely on real estate to stimulate the economy. Over time, rounds of regulations and controls have put the housing market in a vicious cycle of more regulations and higher prices. Seeing local governments’ teetering attitudes, the public has started to question their resolution in tackling the problems in the housing market.

It is not surprising that there are seemingly opposite measures introduced by localities for the housing market. Some are trying to prevent “malicious rises” in house prices, while others are trying to avoid a “malicious decline.” Both approaches are based on the assumption that the government is aware of an appropriate price for housing whereas the price can only be determined by supply and demand. A deluge of price control measures has appeared since the second half of 2020 only to expose governments’ inability to deal with the property market.

The land-driven development model is hard to sustain, especially in the wake of the global financial crisis. As the cost of land repurposing and preparation work for construction increases, the return of land sales is diminishing. In response, using land as collateral for loans has become a new norm for local governments. However, this model cannot prevent debt crises and financial risks, as it is still based on land, property and monetary stimulus. For a sustainable future, China’s property market needs to abandon the land-driven development model once and for all.

To reign in the property market, apart from refining regulation measures, land and housing reforms are essential. Increasing the land supply for housing is also necessary, which can be addressed in two ways. The first is to increase the supply of residential land, especially in cities with a high population inflow and high demand for housing. The second is to step up land redevelopment, such as integrating and repurposing industrial parks running at low capacity to make room for residential land. In addition, a multi-layered housing market that accommodates diverse suppliers and grants equal rights to homeowners and tenants could be established. The financial sector could also benefit from new measures such as real estate tax and better supervision mechanisms. In general, the property market needs a far-sighted comprehensive system.

China is ready to part with the land-driven development model as it has shifted from the manufacturing industry to the service industry, which is manifested in the common sight of derelict industrial parks. At the point when China’s population is about to peak, governments at all levels should reconsider the role of land in the economy.

In the course of high-quality development, China is reimagining its property market. People have high hopes for the current regulation and control measures and their full implementation. The public’s wish is clear: housing is for living in. To this end, the land-driven development model has no place in the future China wants to create for its property market.