Hong Kong May Struggle to Lure SPACs With Strict Rulebook 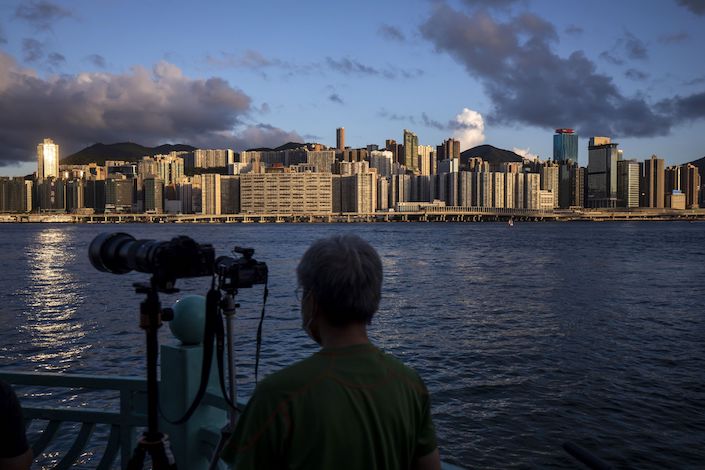 (Bloomberg) — Hong Kong could have a hard time attracting blank check companies after it proposed a high threshold to sell shares in the city.

In a consultation paper issued Friday, Hong Kong Exchanges & Clearing Ltd. (HKEX) proposed that special purpose acquisition companies (SPACs) would need to raise at least HK$1 billion ($128 million) when listing and that retail investors would be barred from participating.

It also set an eligibility test for SPAC promoters, including having managed at least HK$8 billion for three years or possessing senior management experience at major publicly traded companies.

In the past the bourse has been mired in scandals over shell companies and is now arguably taking the most careful approach to SPACs among major exchanges. Singapore and New York have no minimum fundraising size, but Singapore has a market capitalization requirement of $112 million and New York of $50 million to $100 million, according to the paper. London, New York and Singapore also have no restrictions on retail investors.

“HKEX could struggle to attract SPACs with its conservative framework proposals,” said Sharnie Wong, a senior analyst at Bloomberg Intelligence. The exchange, one of the world’s busiest for initial public offerings (IPOs), could experience an 8% boost in IPO volumes from SPAC listings, Wong estimated.

The exchange acknowledged its proposal was on the strict side, but it argued it needed safeguards to “maintain Hong Kong’s reputation for high quality listings.” It said that the minimum fundraising size would ensure that SPACs have the available cash to seek high-quality targets.

Morgan Stanley sees limited upside to turnover at the bourse because of the stricter requirements than in other markets, analysts including Richard Xu said in a report.

SPACs are empty shells when they go public, raising money with the intention of buying and merging with another company. They also typically seek to raise more money later once they close in on a deal, but lately several SPACs in the U.S. have struggled to raise the additional cash.

Hong Kong may soon be followed by stricter rules in the U.S. The SPAC Index has dropped sharply from a peak in February amid increased regulatory scrutiny and poor performance of companies post-merger. Earlier this month, Gary Gensler, the chairman of the Securities and Exchange Commission, assured Congress that new regulations are coming.

The Hong Kong bourse’s head of listing, Bonnie Chan, declined to offer an estimate on potential SPAC listings but said she met with “a lot of people expressing interest” over previous months.

A total of $4.2 billion was raised from 25 Greater China-based SPACs in the U.S. as of July 13. An additional 12 companies from Greater China and Southeast Asia debuted in New York via mergers with SPACs, according to the exchange. Still, of those 12, only four did so through a SPAC that raised HK$1 billion or more in its listing.

The exchange is also looking at a dual-track approach, where target companies of SPACs could apply for both a traditional IPO and combination with a SPAC. The city “may be better able to compete for Greater China listings if it was also able to offer such dual-track option,” it said.

“SPACs will be an alternative, complementary listing avenue,” Chan told reporters last Friday after the consultation paper was released. “I don’t see that SPACs will encroach on the traditional IPO route.”

Chan also said that banning retail investors from SPACs resulted from deliberations with SPAC promoters and investors, who said retail investors are rarely involved in blank check companies in the U.S. anyway.

Other rules proposed that a merger with a SPAC will need to be announced within 24 months and completed within 36 months. Trading will be suspended, and the SPAC must liquidate and delist if it misses the deadlines.

Michael Li and a research team at Merrill Lynch (Hong Kong) said the cautious approach is “a wise choice” and differences in fundraising size and investor qualification among bourses “are not likely to impact the decision of potential candidate companies.”

There are also expectations that the rules could be loosened down the road if the market kicks off without major issues.

Looking ahead, “regulators will likely look to identify a way to provide a popular and convenient way to offer less cumbersome regulation, with the condition that risks are fully identified and curbed,” said Bruce Pang, head of macro and strategy research at China Renaissance Securities Hong Kong Ltd. Hong Kong is the “best candidate” to become a SPAC hub due to its deep market and proximity to China and Southeast Asia, homes to high-growth tech companies that are potential SPAC targets, he said.