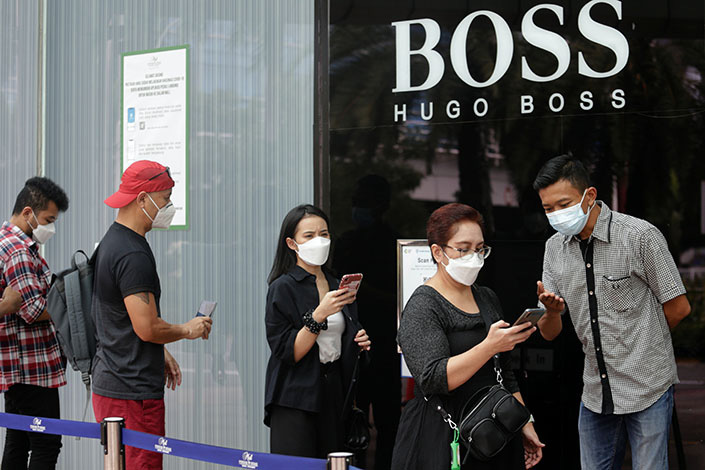 Thailand on Monday decided to raise its debt ceiling from 60% to 70% of the real gross national product. Its economy has deteriorated after the government imposed tighter restrictions on activities in the capital Bangkok and other areas.

This move “will provide room” for the government to engage in further fiscal policies down the road, said Finance Minister Arkhom Termpittayapaisith.

To date, the Thai government has authorized 1.5 trillion baht ($44.9 billion) in total borrowing to offset the fallout from Covid-19. As a result, public debt is projected to swell to 58.8% of GDP at the end of this month.

In Indonesia, the government will expand the budget for the state economic recovery program to 744.7 trillion rupiah ($52.2 billion) from 699 trillion rupiah. Policymakers seek to revitalize the economy so that the annual GDP will grow between 3.7% and 4.5% compared with last year. The economy shrank in 2020.

To fund the endeavor, the Indonesian central bank agreed in late August to purchase 439 trillion rupiah ($30.8 billion) in government bonds through 2022 as part of a “burden-sharing” deal with the state. This amounts to the central bank directly financing the government instead of purchasing debt on the open market. Debt monetization is prohibited in many other economies.

Meanwhile, in Malaysia, home to the highest daily Covid-19 case rates in Southeast Asia, the government in late August raised the outlook for the annual budget deficit-to-GDP ratio to between 6.5 and 7% from 5.4%.

Malaysia announced a 150 billion ringgit ($35.7 billion) economic stimulus package in June as part of a series of funding schemes to mitigate the impact of restrictions imposed on businesses.

The projected deficit-to-GDP ratio would be on par with the 6.7% recorded in 2009 in the immediate aftermath of the global financial crisis. The debt-to-GDP ratio in Malaysia is approaching the legally mandated ceiling of 60% as well.

Malaysia’s central government plans to introduce a bill to the legislature that would raise the debt ceiling to 65%. It was only last year that the ceiling was pushed up 5 points to 60%. The protracted pandemic has forced the state to loosen fiscal discipline further to secure funds for next year’s economic stimulus.

Compared with other places in the world, Southeast Asian nations have seen a relatively low rate of full vaccinations. For this reason, governments in the region are reluctant to significantly ease restrictions on movement.

The fitful dynamic has clouded the prospects for economic recovery. The Asian Development Bank downgraded Southeast Asia’s economic growth forecast to 4% this year from 4.4%.

While worsening public finances is a shared problem between developed and developing economies, economies in the Association of Southeast Asian Nations rely heavily on external debt. In addition, investors tend to sell off currencies from the region if governments appear to relax fiscal discipline.

The ratio of external debt to gross national income stood at 37% in Indonesia and 34% in Thailand, according to 2019 data from the World Bank.

Southeast Asian states thus face a dilemma. They need to spend more funds to keep their economies afloat while restrictions are in force. Yet a perceived lack of discipline may drive away investors and aggravate the risk of currency depreciation.

The governments will need to put more effort into expanding their tax base to help restore fiscal health, said Bhima Yudhistira, a director at the Center of Economic and Law Studies in Indonesia.