Ling Huawei: China Wakes Up to Need for Antitrust Regulation 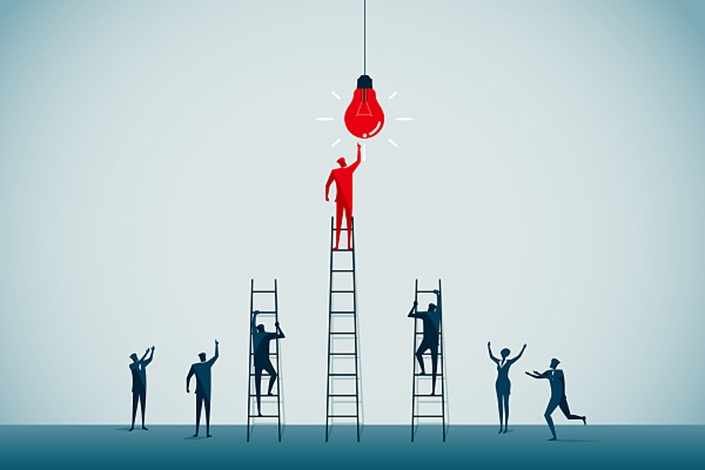 China’s antitrust campaign against internet platforms is aimed at correcting their negative externalities while safeguarding their positive externalities. For instance, some internet platforms took advantage of their dominant market positions to engage in unfair competition, which endangered consumers’ rights and interests and potentially the long-term interests of society as a whole.

In the past, the regulators who insisted on internet platforms complying with the principle of fair competition were like lone heroes, and due to a lack of consensus within the government it was difficult to pull together a united and unified antimonopoly force. But the storm of antitrust scrutiny over the past few months shows there is now political determination to correct this wrongdoing. Nevertheless, to get antitrust regulation back on track, we need to first build a consensus on how to ensure fair market competition through antimonopoly measures.

The starting point of antimonopoly is to maintain order in a market economy. The market economy is not something China imported from overseas. It has existed in the country for thousands of years. Although periodically it disappeared at times of social unrest and changes of dynasties, it has always regained its vitality after society and the economy stabilized. So China’s booming market economy in the late 1970s was not imported from the outside world, but rather was a restoration of something that had existed for thousands of years. The market mechanism may sometimes fail, but overall it is more efficient than any other mechanism in terms of resource allocation.

The market economy has two aspects — the traditional and modern. The traditional market economy is mainly the commodity economy, while the essence of the modern market economy is fair competition, which builds an incentive mechanism for price discovery, market efficiency, and survival of the fittest. To ensure fairness, laws and regulations must be applied. The government needs to serve as a good judge of the market and to use supervision and public policies to compensate for market failure. Both the government and market participants need to work within a framework of laws and regulations that set constraints — this guarantees that the modern market economy system can create greater wealth, maintain social stability, provide a more solid foundation for public policy as well as develop civilization.

First, regulators should always adhere to the principle of competitive neutrality no matter what kind of market participants they are supervising. That can ensure there is always competition among multiple internet platforms and room for new players. It also creates more choice, which not only helps maintain and improve benefits to consumers, but also ensures the authenticity of market price signals through effective competition, which also helps improve public governance.

Second, after setting out the principles of antitrust supervision, day-to-day supervision is likely to be focused on the behavior of these internet platforms. How to build up a model that can guide the orderly development of the platform economy and is also compatible with regulatory mechanisms is an institutional challenge.

Third, is the issue of cross-industry acquisitions. Internet platforms engage in acquisitions, both vertical and horizontal — buying up their peers, upstream or downstream production chains, and even financial holding companies — with the purpose of enhancing their market competitiveness. But these practices also have the potential to eliminate competition throughout the entire industry while increasing monopolistic players’ own profits. If regulators use traditional methods to combat monopolies, such as breaking up their businesses, this could damage the positive externalities of internet platforms and consequently this approach needs to be treated with caution.

In particular, regulators need to clarify that there should be restrictions on internet platforms getting involved in finance. Social media platforms should not be allowed to engage in finance as they face obvious conflicts of interest and issues around data privacy. If non-social media internet platforms are involved in finance, this business should completely separate from their core operations. That’s because financial risk management requires professional and independent operation and should not be allowed to serve the interests of major shareholders. Currently, 13 Chinese internet platforms have been required to rectify their financial businesses based on the rectification principle of Ant Group Co. Ltd., the fintech affiliate of internet giant Alibaba Group Holding Ltd. Ant Group has been spun off from Alibaba, although there are still outstanding problems that need to be resolved. Other platforms are still operating their financial and core business operations within the same system. This part of the rectification campaign still appears to be in a state of chaos.