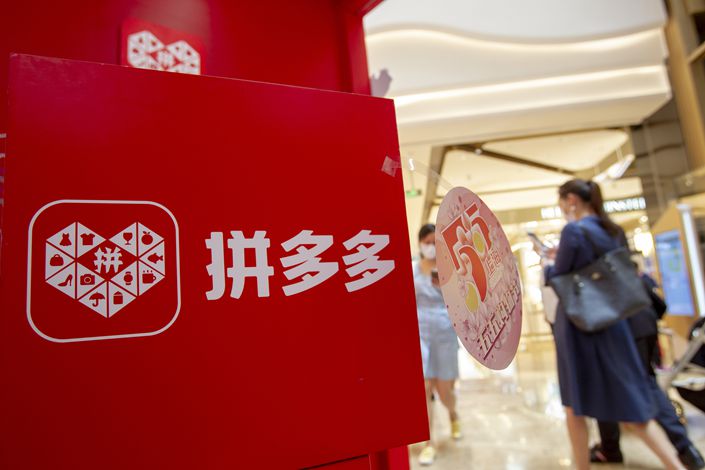 The consumer watchdog said that internet platforms need to set aside the mindset of driving traffic and must meet their consumer protection responsibilities. Photo: VCG

A Chinese consumer protection watchdog told Pinduoduo and Meituan to focus less on boosting traffic and more on protecting consumers, as part of an ongoing national campaign against market abuses by internet giants.

The watchdog said in a separate statement (link in Chinese) it found that Hong Kong-listed Meituan had problems with refunds, delivery failures and misleading information on its platform.

The SCC said that internet platforms need to set aside the mindset of driving traffic and must meet their consumer protection responsibilities.

Both companies have pledged to conduct internal reviews and make related adjustments, according to the SCC statements.

Pinduoduo, which debuted on the Nasdaq in 2018, has been an investor darling for its eye-popping growth. But efforts to keep this up may be increasingly costly in the face of tougher competition and stricter regulatory scrutiny. The desire to continue its break-neck expansion has also taken a human toll on its staff’s mental and physical health.

Also on Monday, the SCC criticized many platforms’ excessive pursuit of traffic in another statement (link in Chinese). It said that some platforms allow false advertisements and fake products, and some force vendors and merchants to “pick sides,” all for the sake of traffic.

China has been tightening the screws on internet giants via a clampdown on behavior seen as anti-competitive. Its market regulator in April summoned 34 internet companies, including Pinduoduo and Meituan, to meetings at which it ordered them to abandon the practice of “picking sides” and other outlawed activities. These include abusing their market dominance, burning cash to take a dominant position in the lucrative group-buying market, violating user data privacy rules and turning a blind eye to phony products.

In April, Alibaba Group Holding Ltd. was slapped with a record fine of 18.2 billion yuan ($2.8 billion) for anticompetitive behavior, including forcing vendors on its online shopping platforms Taobao and Tmall into exclusivity deals.

Cover Story: China Gets Serious About Antitrust in Cyberspace