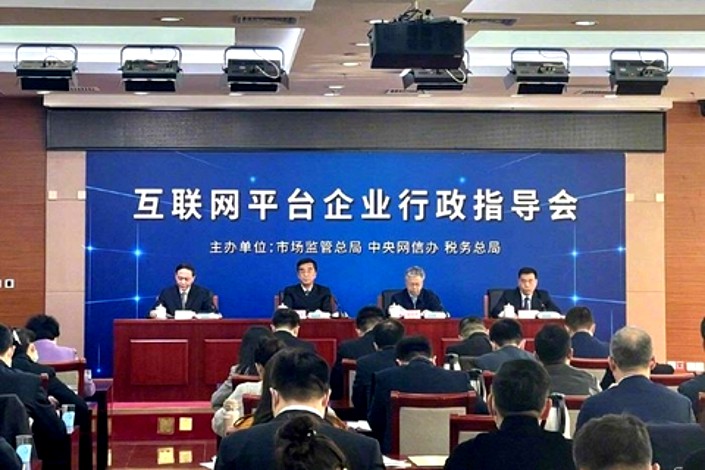 China’s State Administration for Market Regulation has warned domestic internet platforms that they will be “severely punished” if they continue to break the rules after a one-month grace period.

The country’s market regulator and its cyberspace and tax agencies said at a Tuesday meeting with China’s biggest tech firms that they must comprehensively self-assess, rectify any issues and pledge to comply with China’s laws and regulations, according to an online statement (link in Chinese) by the State Administration for Market Regulation (SAMR).

Platforms that continue to break the rules after the one-month grace period ends will be “severely punished in accordance with the law,” the statement said.

On Saturday, the SAMR issued Alibaba, which operates the Taobao and Tmall e-commerce platforms, a fine of 18.2 billion yuan ($2.8 billion) for a range of monopolistic behavior including stifling competition by forcing vendors to choose between its services and those of its rivals — a practice known in the industry as “picking sides.”

The term reappeared in Tuesday’s warning alongside a further list of outlawed activities such as abusing market dominance, burning cash in order to take a dominant position in the lucrative group buying market, violating user data privacy rules and turning a blind eye to phony products.

In Depth: Pushback Against China Tech Giants Grows With Accusation of Algorithmic ‘Bullying’

It further said all platforms must conduct a comprehensive investigation of tax-related issues to ensure they are in compliance with China’s tax laws, regulations and policies.

Following the Alibaba case, industry insiders believe that Beijing is gearing up to wield the Anti-Monopoly Law, long criticized for lacking teeth, against more of the country’s sprawling and powerful internet firms.