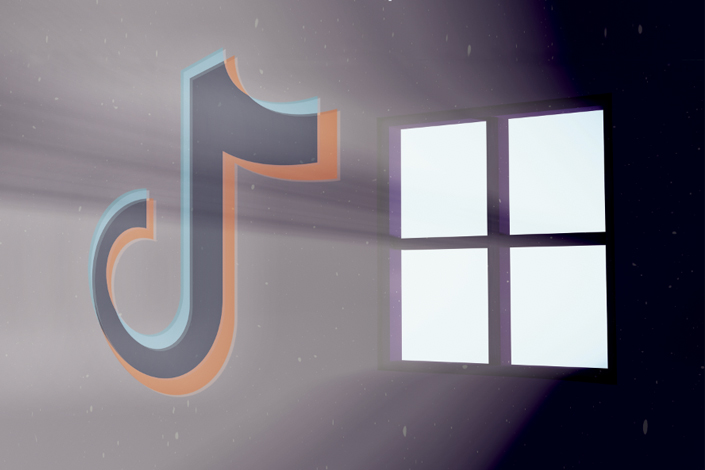 Companies like ByteDance, Alibaba and Tencent are increasingly stuck between a rock and a hard place.

As U.S. tech CEOs were being grilled last month by the nation’s lawmakers over claims their firms’ immense power is stifling competition and harming consumers, the ground was also shifting for Chinese tech firms.

Companies like ByteDance, Alibaba and Tencent are increasingly stuck between a rock and a hard place, as regulators at home and abroad are stepping up scrutiny over how they handle data and whether or not their size is distorting the market, not unlike the questions being asked of global giants like Facebook and Google.

Landmark executive orders signed by the Trump administration, mass Chinese app bans in India, and growing scrutiny in other overseas jurisdictions have mixed at times inflammatory rhetoric with genuine concerns about security and user privacy. Together they are the strongest evidence yet that Chinese technology firms will be increasingly unwelcome as they seek new business abroad.

Meanwhile at home, as the Chinese tech industry consolidates around an ever-smaller number of key players, there are signs the long-dormant domestic antimonopoly watchdog could finally be ready to move.

“We have received even more scrutiny due to the company’s Chinese origins,” Kevin Mayer, the CEO of ByteDance’s international short-video app TikTok, said in a note on July 29. “We believe it is essential to show users, advertisers, creators, and regulators that we are responsible and committed members of the American community that follows U.S. laws.”

Mayer was alluding to one of the primary challenges facing Chinese tech companies seeking to become global brands. ByteDance, which many tech observers see as a genuinely innovative operator that has achieved breakthrough success with TikTok, has also been forced to respond to claims it is a puppet of Beijing.

The company has expended great effort to address enduring allegations that it funnels user data back to the Chinese authorities by building content moderation transparency centers in Singapore, Dublin, Los Angeles and Washington D.C., which allow external experts to see how it deals with content on its platform.

But the fact that under Chinese law, any piece of personal and other data accumulated by Chinese firms has to be handed over to the government if authorities claim it is essential for national security or intelligence purposes means that for some, the company’s claims ring hollow.

Mayer said in his blog post that he joined TikTok this year because it had brought “successful competition to the marketplace,” and because he wanted to “help lead the next generation of creators to connect with their newly energized audience.” As an example he cited Lil Nas X, a breakthrough American rapper and singer who converted viral fame on TikTok into a single that topped U.S. billboard charts for a record-breaking 19 weeks last year.

Observers said the reason Mayer was hired had more do to with hosing down claims that TikTok answers to Beijing. Mayer was poached from Disney’s streaming service in May, as U.S. scrutiny of the firm was growing but months before President Donald Trump gave its parent company ByteDance an unprecedented ultimatum at the start of August: sell to a “very American company,” with the U.S. treasury taking a cut of the transaction, or cease U.S. operations.

In his July note, Mayer alluded to other concerns — those about the app and the algorithms it uses to serve people content. The company provided a window into how it works, saying other firms too should “disclose their algorithms, moderation policies, and data flows to regulators.”

ByteDance’s proprietary algorithms — the secret system it uses to recommend content across its suite of apps — are the key to its apps’ wide uptake both at home and abroad. In theory they’re not unlike those of other social media giants like Facebook and Instagram, TikTok said in a blogpost in June.

The post explained a variety of factors are weighted to influence the content TikTok recommends to each user, beyond just what they like and share, the accounts they follow or comments and contents the users post. The actual length of time they spend watching each video was a considered a strong indicator of interest. This level of transparency did not stop President Donald Trump signing an executive order on Aug. 6 which claimed the app could be used for “disinformation campaigns” that benefit China.

Meanwhile, the popular face-swapping function embedded in the app has led to concerns about collection of the biometric data of users, and TikTok has faced several federal lawsuits over the past year. A notable case filed in December 2019 by four Illinois teenagers, represented by their guardians, alleged the company violated their rights when it collected biometric data without prior warning and without informing users how it would be used and stored. The company settled for $1.1 million.

Twenty separate but similar lawsuits over TikTok allegedly violating users’ privacy rights over the past year in California — where the company has offices — and in Illinois, have been merged into one major legal action in federal court.

Hometown regulator could get teeth

Meanwhile at home, Chinese antitrust regulators are growing increasingly wary of mergers by tech giants as they look for new opportunities in the domestic market amid growing hostility abroad, after the authorities turned a blind eye to their ambitious merger and acquisition plans for years.

Since its inception in 2008, no internet company has been penalized for violating China’s Anti-Monopoly Law, even as the digital economy has increasingly concentrated around two companies — Alibaba and Tencent — across everything from digital payments and finance to e-commerce and gaming. Now both are scrapping for turf in the booming cloud infrastructure market. Market entrants typically find themselves forced to pick a side, seeking investment from one or the other, or sometimes both.

A total of 46 internet unfair competition cases filed from 2012 to 2019 were never even investigated, despite the accused companies failing to submit any response to regulatory questions, according to a study compiled by Liu Xu, a researcher at the Intellectual Property and Competition Law Research Center of Tongji University. They include the purchase of Qunar by Chinese travel giant Ctrip, the merger of Didi and Uber China, and the merger of Meituan and Dianping.com into the Meituan-Dianping platform.

Part of the reason for this has been a long-running lack of clarity over whether variable interest entities (VIEs), the legal structure many Chinese tech firms use, are within the purview of China’s Anti-Monopoly Law. VIEs, typically listed in low-tax overseas jurisdictions like the Cayman Islands, were traditionally used by Chinese businesses like Alibaba and Tencent to allow them to fundraise on U.S. markets and skirt Chinese laws that prevent foreigners from owning assets in certain areas.

Because of a lack of clarity around how VIEs are regulated in China,

“it has become common for companies as such simply not to declare potential transactions over the past few years,” said Jiang Huikuang, co-partner of Zhong Lun law firm.

Things seemed to shift at the end of July when the State Administration for Market Regulation approved a joint-venture transaction proposed by two VIE-structured companies for the first time since 2012, when Walmart was cleared to buy into online grocery business Yihaodian. Even though the deal was approved, it was seen by some as a sign Chinese tech companies with VIE structures may no longer be spared anti-monopoly probes.

The most recent draft of China’s Anti-Monopoly Law, released in January, would give the watchdog serious teeth if enacted. It would raise the top penalty for failing to file applications before buying new assets from 500,000 yuan — a drop in the ocean for a company like Tencent that turned a 33 billion yuan profit in the second quarter — to a punitive 10% of the company’s prior year’s sales.