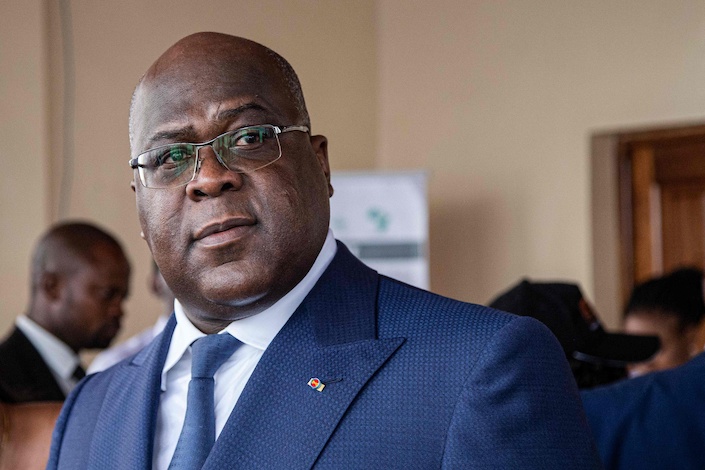 Congo’s council of ministers agreed to create a commission to investigate “major legal, technical and financial problems observed in the collaboration agreement” between the two countries, according to minutes from the meeting published on the website of the prime minister’s office. The council asked the commission to present its findings in two weeks.

The contract, signed in 2008 and renegotiated several times since, promised a $3.2 billion investment by China in a copper-cobalt mine and another $3 billion worth of infrastructure projects, all paid for by mining revenue. More than a decade later, less than a third of the infrastructure funding has been disbursed, and the mining project, known as Sicomines, has only received about three-quarters of the promised investment, according to the government.

Of particular concern are the interest rates on the loans China gave Congo, technical data from the mine, and the general management of the projects, Finance Minister Nicolas Kazadi said in an interview Sept. 25 in Kinshasa, the capital.

“But it’s important to highlight that it’s not necessarily to point the finger at the Chinese, because these are weaknesses that were authorized by the Congolese party,” he said. “It’s the Congolese party that’s primarily responsible.”

When Congo signed the contract with China it was emerging from decades of dictatorship and war and the newly elected president, Joseph Kabila, was desperate for financing. The agreement gave Chinese companies a stake in Congolese resources -- including the world’s largest cobalt deposits and Africa’s second-biggest copper reserves -- and the opportunity to build essential infrastructure in a country the size of Western Europe.

As part of the original deal, Congo also exempted Sicomines from most taxes and many provisions of the country’s mining code. The infrastructure projects avoided an open tender process.

While development of Sicomines has progressed -- last year it produced 155,630 metric tons of copper and 886 tons of cobalt -- the infrastructure part of the deal has lagged. Only about $825 million worth of projects have been built thus far, according to the council minutes.

Sicomines is awaiting information from the government about the review, a spokesman said Monday in response to questions sent by text message.

“The goal of the project is the development of DRC’s infrastructure, we’re doing our best to attain this goal,” the spokesman said. “The project is a state project. If there is a revision, it will be between the two countries.”

A side deal concerning a $600 million hydropower plant known as Busanga, which will soon provide power for Sicomines, is also facing scrutiny in part because of a “phantom” private company that has a 15% stake in the project, Kazadi said.

The company, Congo Management Sarl, is directed by a member of the office that oversees the China contract, Claudine Paony, according to publicly available incorporation documents. Paony didn’t respond to an email or text message seeking comment on Monday. The head of the office, Moise Ekanga, a close ally of Kabila, also didn’t respond to emails or text messages requesting comment.

“If there’s not enough clarity there, we’ll take it back for the state,” Kazadi said, adding that the government also wanted to transfer management of the China partnership from Ekanga’s office, which answered directly to Kabila, to a ministerial board of overseers and a public agency for day-to-day operations.

The Sicomines spokesman said he didn’t know the identity of Congo Management’s shareholders.