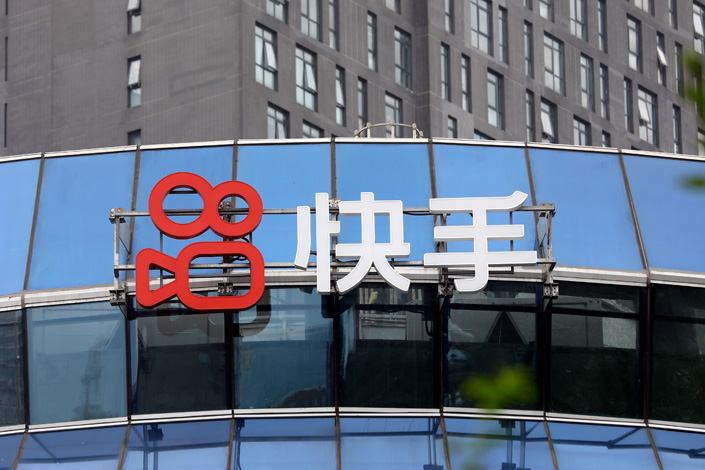 Kuaishou Technology Co. Ltd. has undertaken a sweeping business restructure — while keeping its core leadership more or less unchanged — as the short-video and livestreaming company grapples with widening losses and plummeting market capitalization.

According to an internal memo seen by Caixin, the Beijing-based firm will create an all-in-one department to operate its eponymous app, responsible for product development, operations, user growth, gaming ecosystem and search function. Wang Jianwei, who was the head of product development, will lead the department, reporting to co-founder Cheng Yixiao.

Four major new business units will be formed to handle commercialization, e-commerce, gaming and internationalization, the memo shows. It comes as the Tencent-backed company seeks to diversify its revenue base, and marks a departure from the past when the e-commerce, gaming and internationalization teams were considered less important than product development and commercialization.

The reorganization plan signals that Kuaishou Technology, which completed a $5.4 billion Hong Kong IPO in February, will maintain its two-man core leadership structure in which Su helms the company’s commercialization and internationalization while Cheng focuses on product and technology development. The pair have overlapping responsibilities in investments and acquisitions. Su holds a 11.8% stake in the firm, while Cheng owns 9.4%, according to the company.

The corporate restructuring comes as Kuaishou Technology deals with the double whammy of growing losses and shrinking market value.

In the second quarter of this year, Kuaishou Technology’s adjusted net loss swelled by 146.2% to 4.8 billion yuan ($742.5 million) largely because of a spending spree to try and maintain user loyalty. The company’s selling and marketing expenses doubled to 11.3 billion yuan in the second quarter, with overseas businesses accounting for about a third, according to its earnings report published last month.

While profit remains elusive, Kuaishou Technology is being hit with a sharp decrease in its market capitalization, which has nosedived by nearly 70% to HK$350.7 billion since its IPO in February, with its share price falling below the issue price of HK$115 in late July and hitting a record low of HK$64.5 on Aug. 20.

On Aug. 5, Kuaishou ended its six-month lock-up period, freeing its large shareholders to sell some of their stakes, which accounted for about 94.8% of its capital stock.