By Lu Yutong and Han Wei 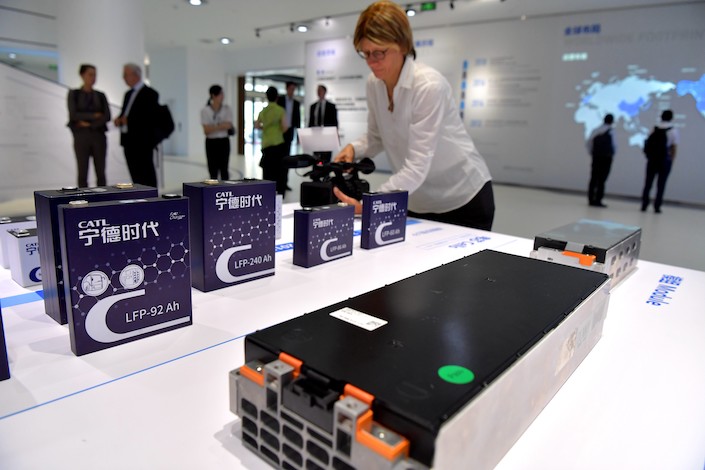 CATL has stepped up its efforts to secure a global supply of key battery ingredients.

Ningde, Fujian-based CATL will pay C$3.85 per common share of Millennial in cash, representing a premium of about 29% over Millennial’s 20-day average closing price in Vancouver trading, according to a statement from Millennial Lithium.

Millennial said in the statement it terminated its arrangement agreement with Ganfeng and paid the latter $10 million for the termination.

The deal will give CATL access to Millennial’s lithium mining sites in Argentina. In April, battery grade lithium carbonate of 99.96% purity was produced in a trial phase production at Millennial’s Pastos Grandes project in Argentina's Salta Province. The project has proven reserves of 4.12 million tons of lithium carbonate equivalent (LCE) and is expected to start production by late 2023 with annual capacity of 24,000 tons, public information showed.

Millennial also owns the Cauchari East lithium exploration project, which is still at an early stage of development, in the South American country.

Millennial said the acquisition by CATL “removes future dilution risk associated with funding development of the next phase of Pastos Grandes project.”

CATL has stepped up its efforts to secure a global supply of key battery ingredients. The company last week announced a $240 million purchase of a 24% stake in the Manono project in the Democratic Republic of the Congo from Australian mining company AVZ Minerals. The company has also made investments in another Argentina-focused lithium company, Neo Lithium Corp, as well as in Greenland-focused North American Nickel, and in Australia’s Pilbara Minerals.