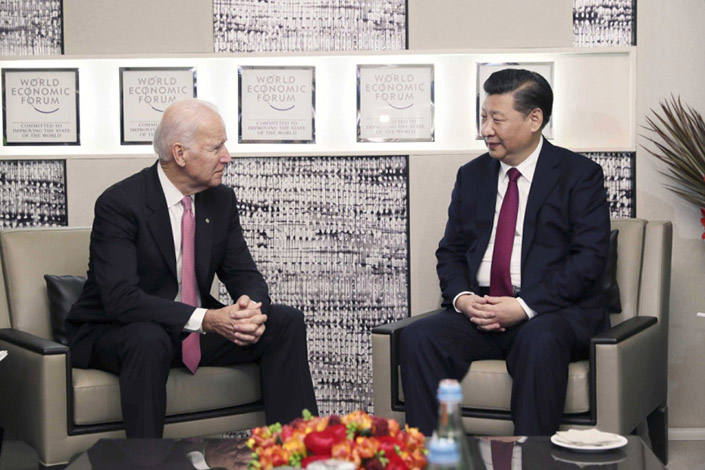 (Bloomberg) — U.S. President Joe Biden plans to meet virtually with President Xi Jinping before the end of the year, a senior U.S. official said, with tensions escalating between the world’s two largest economies.

Plans for the meeting were announced on a conference call with reporters following about six hours of meetings Wednesday between White House National Security Adviser Jake Sullivan and a senior Chinese foreign policy adviser, Yang Jiechi, in Zurich, Switzerland.

The official called the Zurich discussions more meaningful and substantive than previous meetings between Biden administration officials and their Chinese counterparts. When Sullivan and other U.S. officials sat down with Yang in Anchorage in the U.S. earlier this year, the two sides publicly traded barbs over human rights issues.

The details for the meeting between Biden and Xi, including the date, still need to be worked out. The two men last spoke on Sept. 9 and discussed what the White House described as guardrails to ensure that competition between the two countries doesn’t veer into conflict.

“We continue to believe that leader-level engagement is an important part of our effort to responsibly manage the competition with China — especially given the coalescing of power in Chinese leadership,” White House Press Secretary Jen Psaki told reporters on Wednesday. “We’re still working through what that would look like when, and of course the final details so we don’t quite have them.”

The Biden administration this week also pledged to hold Beijing accountable on commitments made in the phase one trade agreement negotiated by former U.S. President Donald Trump and vowed to defend American interests. U.S. Trade Representative Katherine Tai is set to meet with her counterpart, Vice Premier Liu He, as soon as this week to discuss what the U.S. regards as China’s shortfalls in the agreement and Beijing’s harmful industrial policies.

According to a Chinese government statement about the Sullivan-Yang meeting published by the state-run Xinhua News Agency, Yang said that China attaches importance to Biden’s positive remarks recently and noted that the U.S. said it doesn’t intend to contain China or engage in a new cold war. The statement called the conversations with Sullivan comprehensive, candid and in-depth exchanges on the two countries’ relations as well as international and regional issues of shared interest.