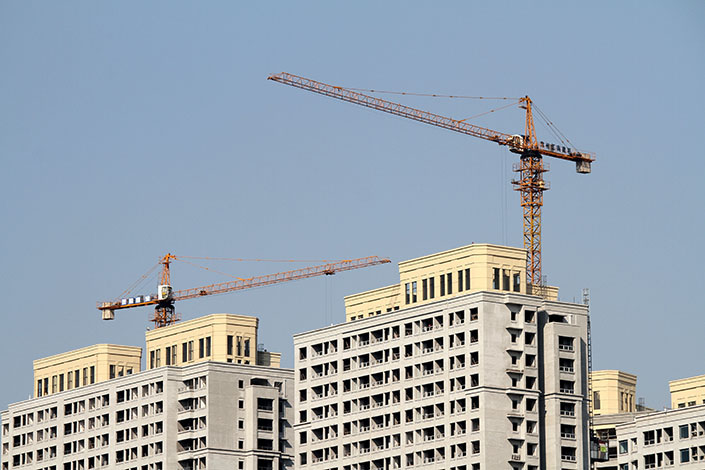 Investors have continued to dump the U.S. dollar bonds of some Chinese real estate companies as their concerns about defaults grow after a developer missed a bond payment in the wake of China Evergrande Group’s debt crisis.

Speculative-grade bonds — sometimes referred to as junk bonds for their higher risk of default — issued by some Chinese property firms saw their yields further rise after Hong Kong-listed Fantasia Holdings Group Co. Ltd. unexpectedly failed to repay a $206 million dollar bond due Monday. The yields on the property developers’ offshore bonds have been increasing since June as the indebted Evergrande’s troubles sent shockwaves though the markets.

“This is probably the worst market condition I’ve ever encountered since I started working in the industry,” an employee managing bond financing at a foreign investment bank told Caixin. The market is worried the worst is yet to come as there could be more defaults by property developers, the person said.

Investors have been expecting potential defaults by some real estate companies due to tightening credit conditions in the second half of this year, but Fantasia’s default was beyond expectations, a Chinese market analyst at a foreign asset management firm said on condition of anonymity.

In a statement sent to Caixin, Fantasia said it is facing a temporary liquidity crunch, affected by factors such as recurrent Covid-19 outbreaks, industrial policies and the macroeconomy. However, the company had announced just last month that it’s in good operating condition and had sufficient working capital with “no liquidity issue.”

On Monday, a privately offered note issued with an initial amount of $260 million by Jumbo Fortune Enterprises Ltd., one of Evergrande’s related companies, and guaranteed by the embattled developer was due in principal but had not been repaid by Wednesday, sources with knowledge of the matter said.

Evergrande never expressed the intention to repay, so the note’s creditors’ committee has decided to launch legal proceedings against the developer, two persons with knowledge of the issue told Caixin.

Creditors plan to demand Evergrande and its main property development subsidiary, Hengda Real Estate Group Co. Ltd., make the repayment, which means that Evergrande would owe that debt, triggering cross-defaults on all of the conglomerate’s offshore publicly offered bonds, a source close to the creditors’ committee said. Creditors are expected to send a letter demanding repayment to Evergrande as soon as Friday, the source said.

Evergrande has 10 outstanding publicly offered dollar bonds on the offshore market, with a total value of approximately $14.2 billion, according to public records. Its total liabilities were about 1.97 trillion yuan at the end of June, the majority of which are onshore.

Investors are watching which property firm would be the next to get into financial trouble while economists are studying troubled property developers’ impact on economic growth. Evergrande itself is unlikely to pose a systemic risk to China’s economy and financial system, but Beijing’s determination to suppress the entire property sector, not the fallout from Evergrande, is what represents the major near-term risk, economists at Nomura International (Hong Kong) Ltd. wrote in a note late last month.