Editorial: What China Needs to Do to Take Home Nobel Prizes in Science 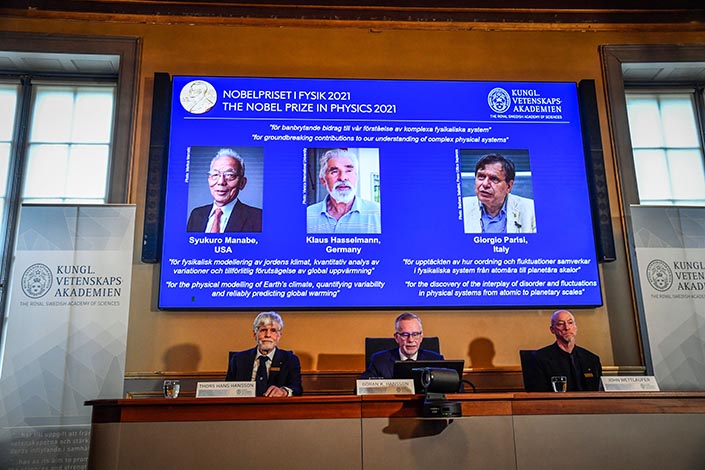 There has been a lot of coverage and commentary in China of the 2021 Nobel prizes for science, the winners of which are gradually being announced.

Some people believe that more and more Chinese scientists will win Nobel Prizes in the future, thanks to the country’s consistent economic growth and growing investment in research and development (R&D). Some have even predicted when China will witness a surge in Nobel Prize-level scientific achievements and when the country will have the highest number of Nobel laureates. China’s continued economic growth will undoubtedly help with the advancement of scientific research, and the country is expectantly waiting for significant, original achievements by Chinese scientists. However, economic growth does not guarantee Nobel Prizes. Rather, China needs to improve the quality of its scientific research to ensure a high-quality growth path.

With the Chinese economy continuing to boom, the problem of insufficient research funding, which has plagued China for years, has been resolved, leading to a rapid increase in the number of papers published by Chinese researchers in prestigious international academic journals. However, it should be acknowledged that the originality of China’s scientific research is still relatively weak, and the country is still in the catch-up phase, due to its apparent limitations in basic research. It is important to recognize that economic growth, increased scientific spending and an improved capacity for scientific research are not the same thing. The Soviet Union is a good example of this. Despite the vast input in scientific research, the overall results were not satisfactory —the achievements of exceptional individuals such as Lev Landau notwithstanding — due to constraints in its rigid system. Every Nobel Prize award is a de facto manifestation of soft power in a specific scientific field or even a country. For China to overcome its bottleneck in scientific research, more than hard-working scientists are required. The country also needs to streamline its systems, something that will not just happen overnight.

Ultimately, freedom is the soul of science. Scientific research and innovation is complex and relies on economic achievements; however, its top priority should be respecting scientific principles, professionally trained people and the academic community, so as to create an environment that fosters the freedom to conduct scientific research. As the most populous country in the world, China has no shortage of scientific talent. The key is to find a way to make their ideas flow freely. Obstacles remain under the existing system, such as in talent training, project allocation and evaluation systems. The annual announcement of the Nobel Prizes is essentially a reminder of China’s urgent need to move ahead with reforms for its education and scientific research systems.

The role of the economy in science cannot be denied. The era where scientists sit in their living rooms and struggle to put their thoughts on paper is long gone. Modern scientific research requires a massive investment, especially in expensive equipment. A good case in point is the European Organization for Nuclear Research, known as CERN. Domestically, China has invested heavily in scientific research facilities, such as the Circular Electron-Positron Collider in Beijing, the Shanghai Synchrotron Radiation Facility and the Five-Hundred-Meter Aperture Spherical Radio Telescope — investments that underpin a large number of projects. However, these projects have not yet been considered Nobel Prize worthy, and thus they have not gained any recognition from their global peers. Undoubtedly, gaining worldwide recognition by the academic community will take time, but for China, it is also critical to rethink whether resources are being used where they most count. With research and development spending constantly growing, making the best use of talent and resources is becoming one the biggest issues of the top management system. It is necessary to learn from our global peers’ management systems. These systems have been proven effective, and are offering scientists more academic freedom and are releasing them from management shackles that violate scientific laws. An example of such shackles is the longtime complaints about the red tape researchers have to deal with when applying for projects or expense reimbursement.

The purpose of scientific research is not to win awards. Ding Zhaozhong once warned: “It would be hazardous if the sole purpose of work was to win a Nobel Prize.” However, as the Nobel Prizes are widely regarded as the world’s most prestigious awards, they can be seen as mirrors, guiding us to assess China’s development in science and innovation. In China, the relationship between economic growth and scientific research is quite complicated. The policy guidance of economic growth has shifted from eliminating absolute poverty to promoting shared prosperity. In a similar way, the principle of scientific research has also witnessed changes.

The country has long focused on practicality and has thus become relatively weak in basic research. But things have changed, and with innovation becoming the essential element in international competition, China has shifted its attention toward this area. On the face of it, the lack of key and core technologies such as microchips and aircraft engines appears to be a result of China lagging behind in the manufacturing sector. But essentially, this situation, in which key and core technologies are controlled by others, will not change unless there are breakthroughs in basic research such as physics and chemistry in China. Basic research cannot be advanced for utilitarian purposes, and even from a practical approach, China, at this stage of its development, will have to put great emphasis on original innovation, particularly in the nation’s basic research.

The blowout of the Japanese or Japanese-American Nobel Prizes since the 21st century has attracted the world’s attention. The fact that 20 Japanese Nobel laureates produced their prize-winning work in Japan’s high growth era seems to support the concept of economic determinism. However, this analysis is in fact superficial. What we should see is Japan’s ability to establish academic freedom and an academic community, while allowing Japanese scientists to work hand-in-hand with their global peers. When sharing his reflections, Nobel Prize winner Syukuro Manabe highlights curiosity. When he proposed the Earth’s climate model half a century ago, he did not think that climate change would become a hot issue. As an old Chinese saying goes, “A watched flower never blooms, while a carelessly planted willow grows into shade,” meaning that success might not come where you expect it to. This saying is particularly true in basic research.

In the era of globalization, it is impossible for countries to conduct research behind closed doors. Chinese scientists can be found everywhere in today’s scientific community, and many, shuttling between their home countries and the countries they work in, have made significant achievements. There is also a growing number of foreign scholars visiting China. This progress is quite encouraging. However, the international exchanges of scientific knowledge have been adversely affected by tense relations among major world powers in recent years. It has become crucial for China’s foreign affairs department to strive for unimpeded exchange of scientific information in international negotiations. Remaining committed to international scientific and technological cooperation is not only important in science, but is also something that will affect China’s future.

In 1956, China’s top leader at the time said that “China ought to make a greater contribution to humanity” in a rush for “marching toward science.” It’s a goal that remains today. With strengthened national power, it is essential to respect the laws of science and foster greater academic freedom, which can only be achieved through straightening out the existing system. Economic growth is a necessary condition but not a sufficient condition for cultivating scientific breakthroughs. If China succeeds in its quest to become an innovation-driven economy, a Chinese scientist winning a Nobel Prize in science will naturally follow. We are looking forward to that day.