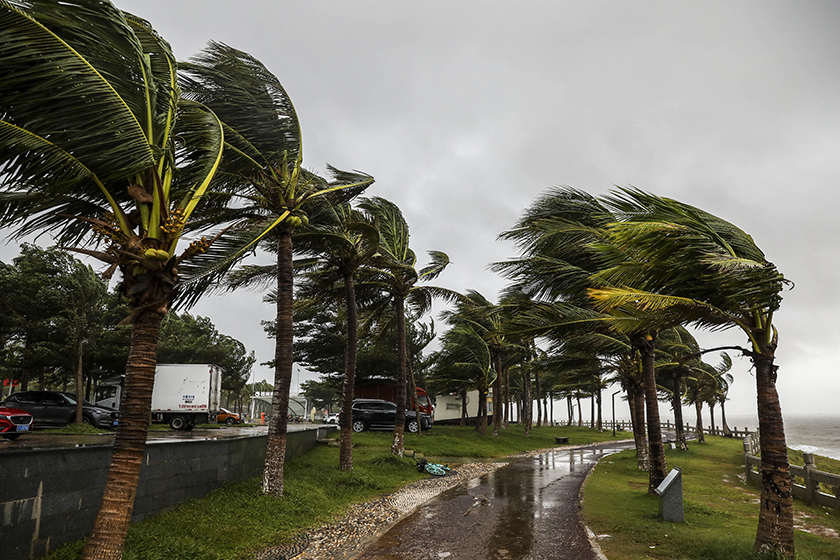 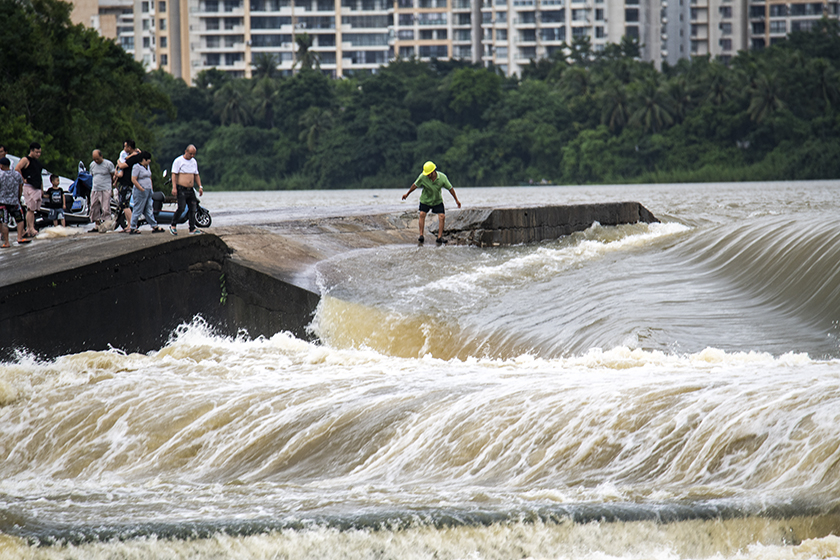 Residents stand on a bank Friday in Qionghai city of Hainan to watch the waves of the Wanquan River as its water level rose sharply due to the typhoon. Photo: VCG 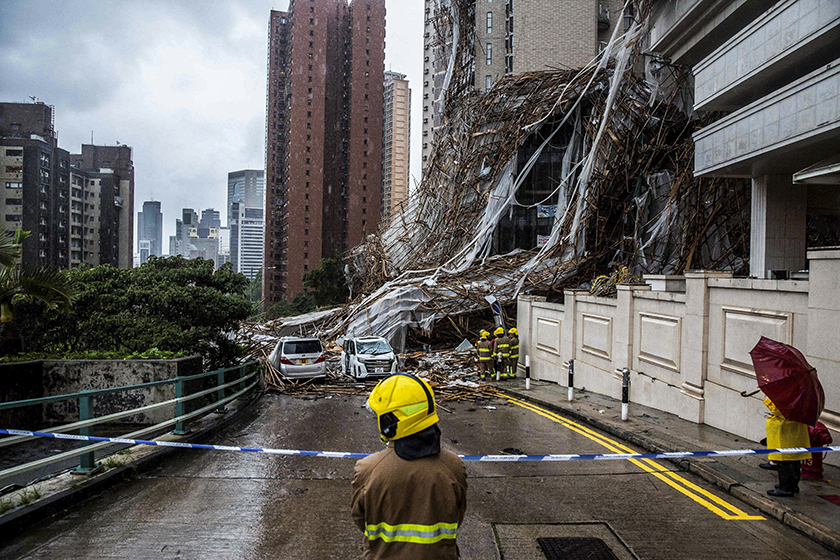 A firefighter stands at the site where bamboo scaffolding by a high-rise residential building collapses onto a road, following strong winds and heavy rain brought by the typhoon on Friday in Hong Kong. Photo: VCG 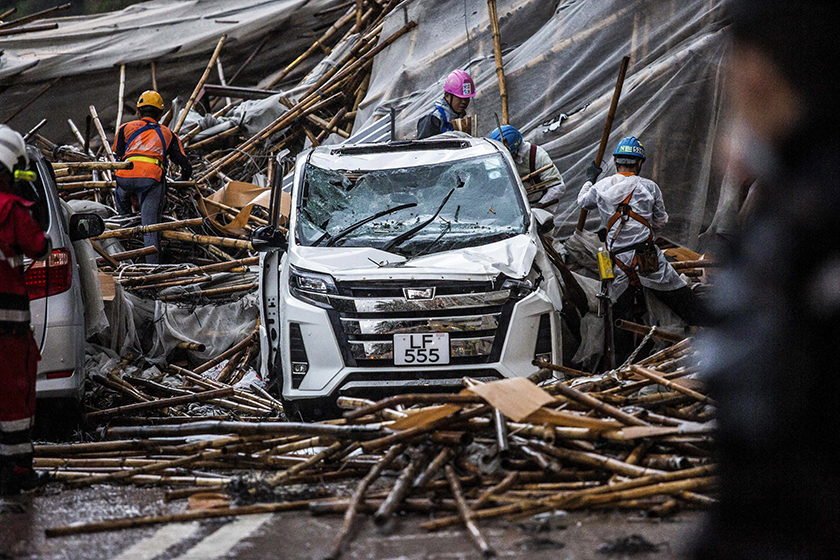 Workers clean debris around a damaged car at the site Friday in Hong Kong. The accident killed one and injured another. Photo: VCG 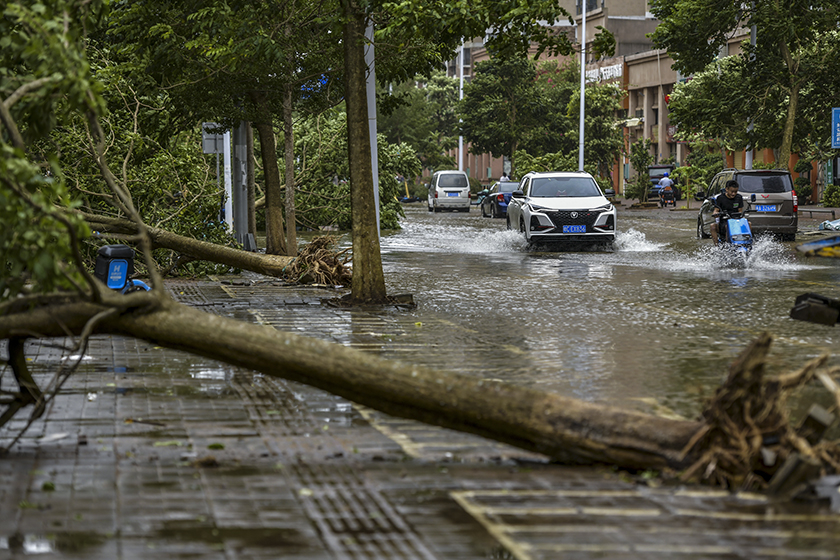 Trees are uprooted due to strong winds brought by the typhoon in Lingao county of Hainan Saturday. Photo: Luo Yunfei/China News Service, VCG 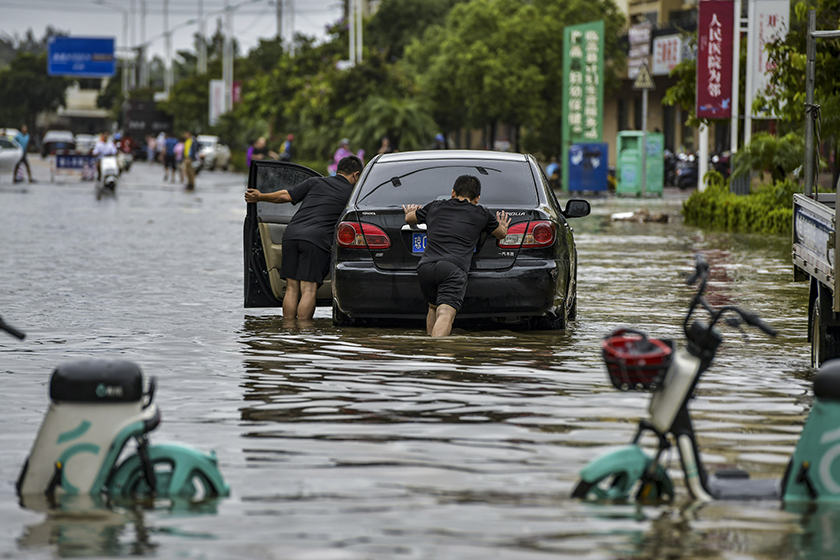 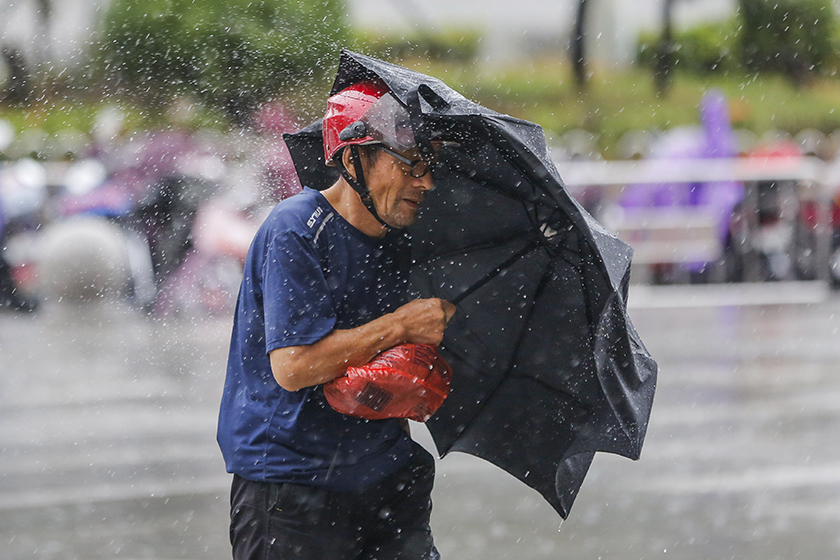 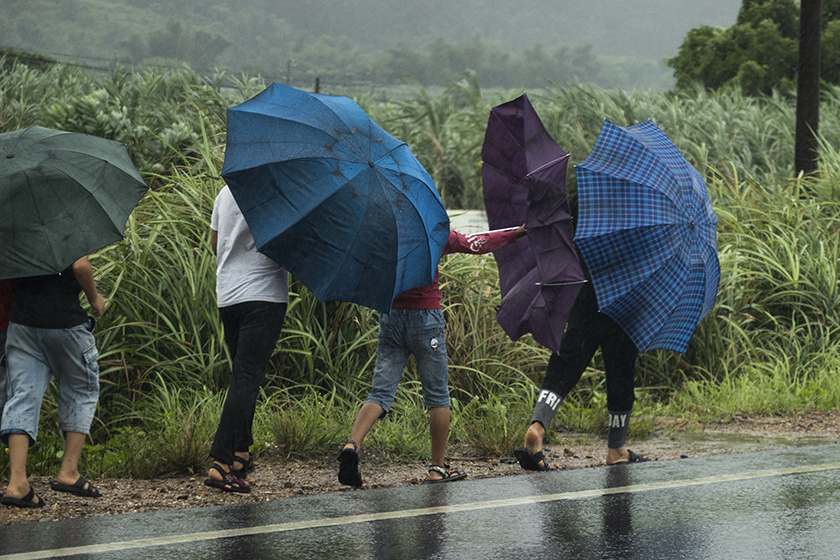 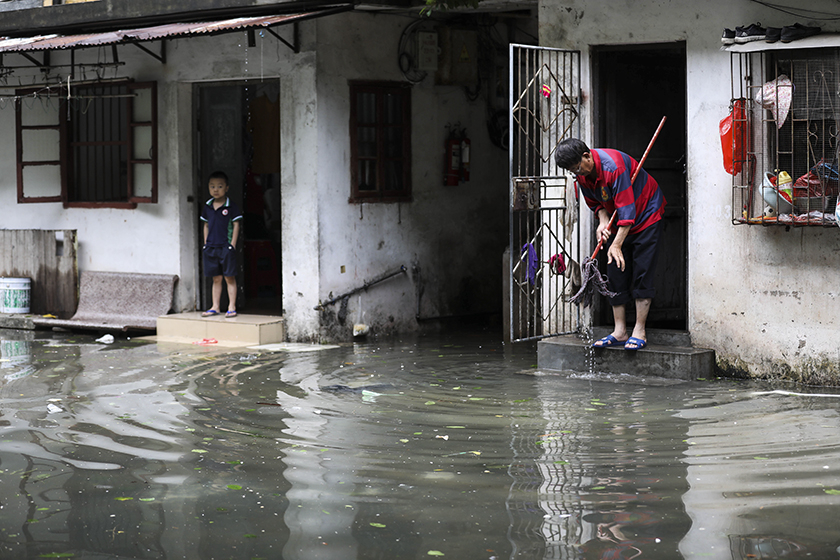 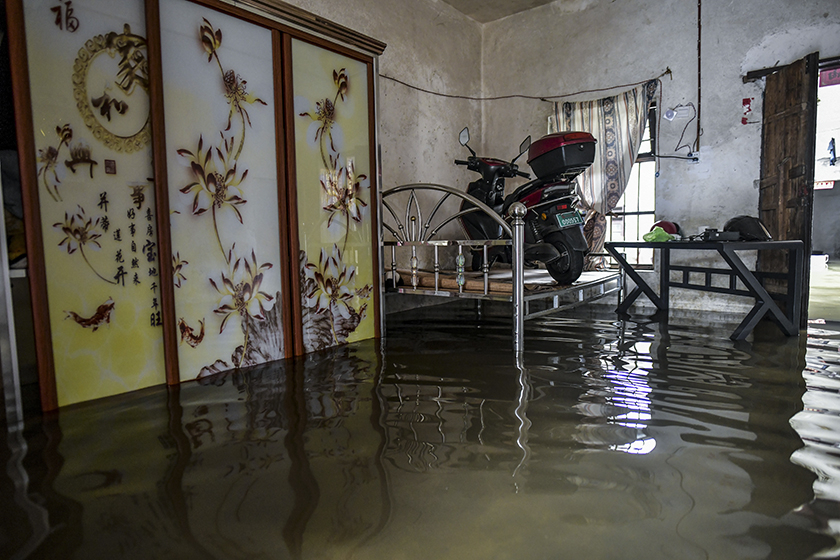 A motorcycle is placed on a bed inside a waterlogged house Saturday in Lingao county. Photo: Luo Yunfei/China News Service, VCG 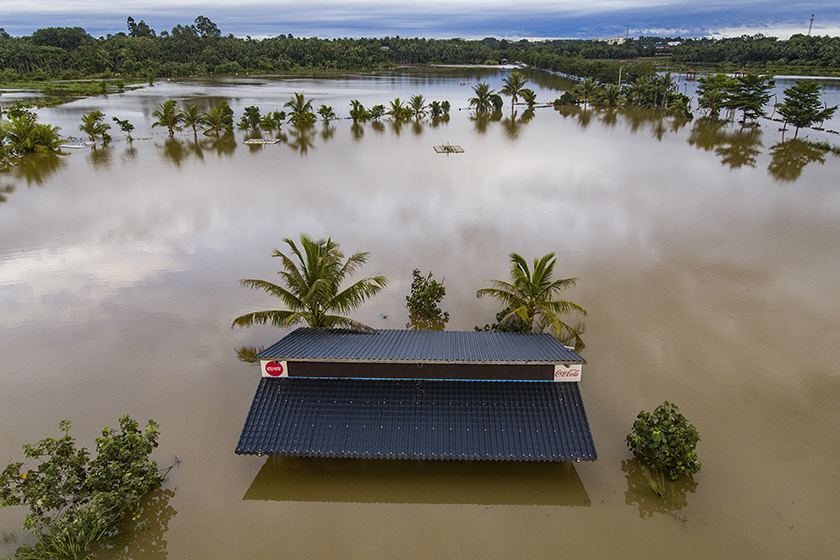 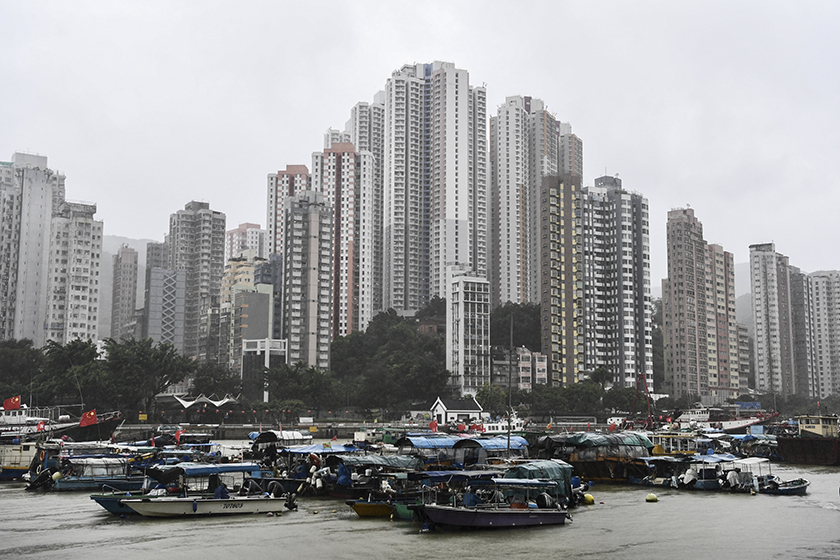 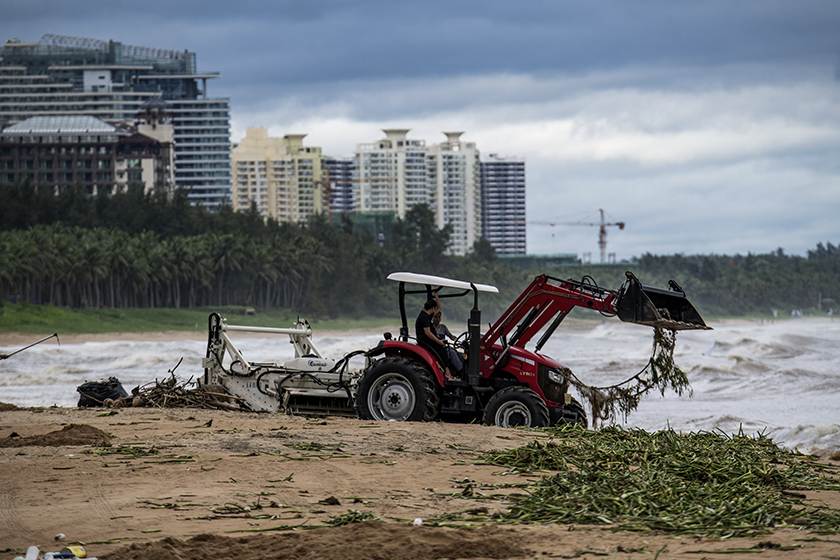 Workers driving a shovel truck clean up the waste that was brought by the typhoon on a beach in Qionghai on Saturday. Photo: VCG 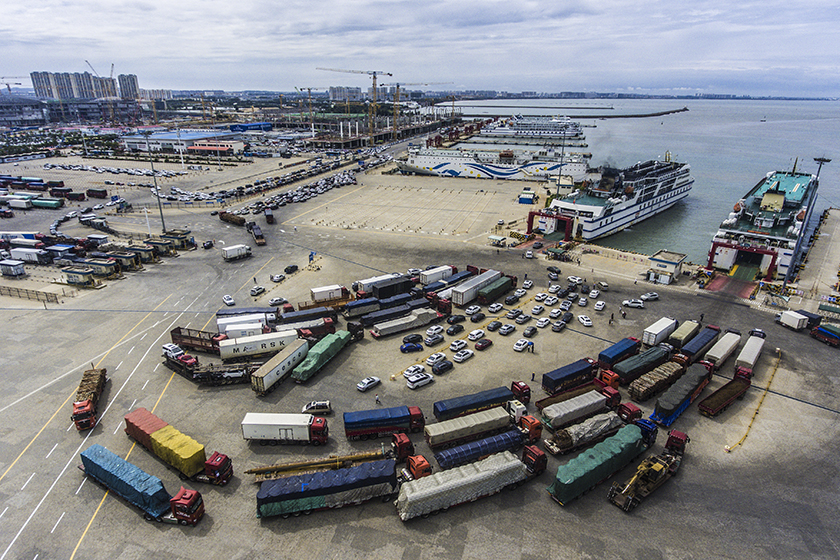 Cars line up to board ships Sunday at the Xinhai Port in Haikou as the typhoon gradually moves away from Hainan province. Passenger ships along the Qiongzhou Strait were suspended Wednesday before the Lionrock made its landfall in Hainan. Photo: Luo Yunfei/China News Service, VCG