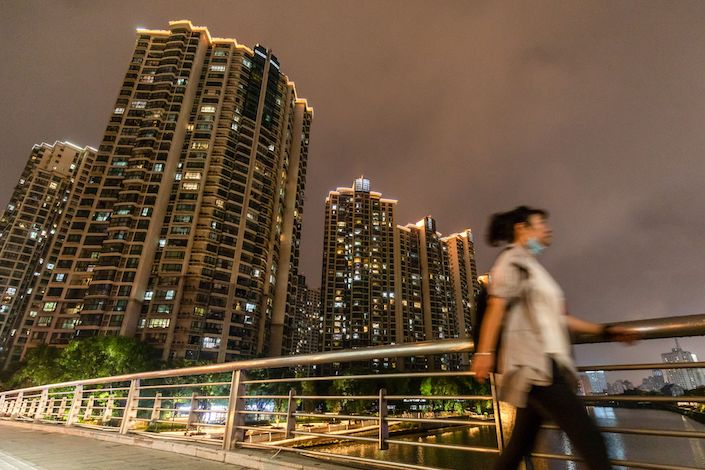 The Shanghai-based developer doesn’t expect to repay a $250 million bond due Oct. 18, which may trigger cross-default on two other notes, it said in a Hong Kong stock exchange filing. The company has $694 million in dollar bonds outstanding, according to Bloomberg-compiled data. Sinic missed domestic payments in September, sparking an 87% stock plunge.

Sinic’s woes are another sign of the hidden risks for investors in China’s beleaguered property debt market as uncertainty over the future of Asia’s biggest issuer of junk bonds, China Evergrande Group, weighs on the sector. A selloff has accelerated since a surprise default by Fantasia Holdings Group Co. last week, sparking concerns about its distressed peers.

Borrowing costs for Chinese dollar junk-rated debt, which is dominated by property enterprises, have soared to their highest in about a decade with yields at 17.5%, according to a Bloomberg index. That’s prompted refinancing risks for the sector as access to a key source of funding dries up, threatening a wave of defaults if there are no signs of authorities easing their clampdown on the sector.

In the meantime, property companies are scrambling to avoid outright defaults. Modern Land (China) Co., a Beijing-headquartered developer with $1.35 billion of dollar bonds outstanding, is asking holders for a three-month extension to pay off a note due Oct. 25. Xinyuan Real Estate Co., which has $760 million of dollar bonds, is proposing what Fitch Ratings considers a distressed debt exchange involving a dollar note set to mature Friday.

Missed payments by real estate companies have made up 36% of the record 175 billion yuan ($27.1 billion) in onshore corporate bond defaults this year, Bloomberg-compiled data show.