Evergrande Contagion May Trigger Wave of Defaults for Developers 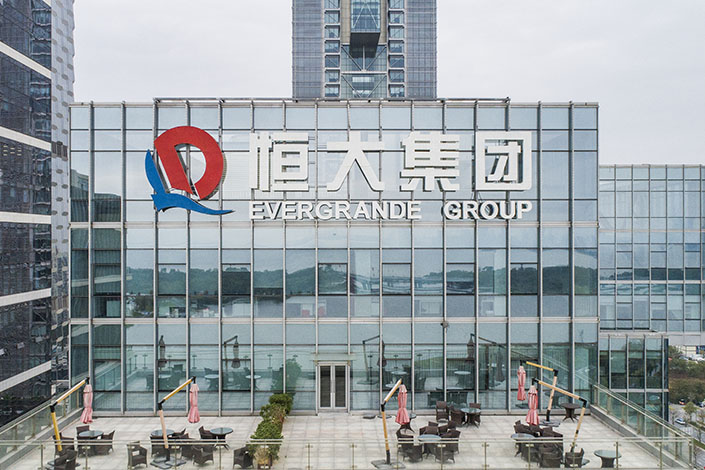 There’s growing alarm that the liquidity crisis at Evergrande will spill over to other developers as President Xi Jinping maintains measures to cool the property market. Fears of contagion risks intensified this week after a surprise default by Fantasia Holdings Group Co. spurred a dramatic selloff in the offshore market. That sent yields on China dollar junk bonds to 16.9%, the highest in about a decade, while Evergrande’s dollar bond prices sank to a record low.

That could spark a “large wave of defaults” if the offshore market remains shut for riskier borrowers going into next year, said Lowy, chief executive officer of his alternative asset manager SC Lowy.

For dollar bonds, the risk is that the increase in yields becomes indiscriminate and makes it near-impossible for developers to refinance maturing debt, triggering a succession of missed payments across the industry.

Sales of fresh dollar debt from high-yield or unrated property firms in the third quarter fell to their lowest since late 2017. Such companies need to refinance or repay some $5.3 billion of outstanding dollar bonds maturing the rest of this year, according to Bloomberg-compiled data, followed by $10.1 billion in the first quarter of 2022.

“Ultimately it’s a liquidity game,” said Lowy. “How many months can you survive until at some point the central government will relent and start releasing liquidity pressures on developers?” The Hong Kong-based firm specializing in distressed and high-yield debt has been adding to its positions in Chinese property firms.

While it’s likely Beijing will move to prevent systemic risk if there’s a messy collapse of Evergrande, it’s unlikely the government will step in to directly bail out the firm. Authorities have been allowing defaults to rise in recent years in order to curb moral hazard and encourage better pricing of risk in its debt markets. Property firms’ missed payments made up 36% of the record 175 billion yuan in onshore corporate bond defaults this year, Bloomberg-compiled data show.

Evergrande’s offshore bondholders are expected to be last in line when it comes to a potential restructuring. Lowy said unfinished properties, unpaid contractors, homebuyers and the onshore creditors will all be prioritized ahead of overseas investors. What’s more, it may take many months for the indebted developer to share its restructuring proposal given the complexity of the firm.

“It’s very difficult to see a solution right now,” said Hao Hong, head of research and chief strategist at BoCom International, who agrees that the Evergrande crisis could drag on. China’s Evergrande strategy would be to “let as many people bear the cost as possible,” to lessen the pain for any one individual, Hong said.

Evergrande’s dollar bonds were set for another day of record lows Friday, Bloomberg-compiled prices show. Its note due 2025 is indicated at 19.9 cents on the dollar, while its bond maturing next March is at 23.5 cents. The stock remains halted in Hong Kong and has plunged 80% this year.