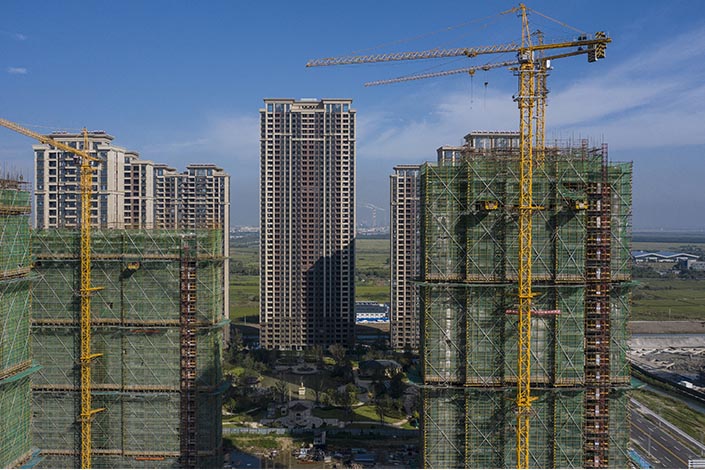 China’s top 100 property developers witnessed a sharp drop in sales in September, adding to evidence that the government’s tightening policy restrictions on the market have taken effect.

The 100 developers reported a combined 759.6 billion yuan ($118 billion) in sales last month, down 36.2% year-on-year, widening from a 20.7% slide in August (link in Chinese), according to a report (link in Chinese) released Tuesday by real estate data collector China Real Estate Information Corp. (CRIC). Traditionally, September is a high season for property sales.

China Evergrande Group, which is mired in a debt crisis, booked merely 5.3 billion yuan in sales last month, significantly down 93.5% year-on-year and 86.1% month-on-month.

The drops in sales came as the government stepped up restrictions on home sales and purchases, such as requiring larger down payments for second homes or asking banks to restrict their property loans. Such policies aim to rein in the country’s high home prices.

In the third quarter this year, new-home prices in 100 Chinese cities gauged by China Index Academy Ltd., a property research firm, rose 0.7%, marking the smallest increase since the first quarter of 2020.

Lower sales revenue, a key source of funding, has added to property developers’ financial burden, whose debt financing has already been subject to tough regulations.

Since last year, Beijing has curbed developers’ ability to increase their borrowings, resulting in weakening momentum in their investment activities and business expansion. A notable one is the “three red lines” policy imposed by the central bank and the housing ministry last year.

Such policies have severely curtailed access to funds for many developers. In September, the 100 leading developers raised 85.1 billion yuan through all types of fundraising, down 37.1% from a year earlier, according to the CRIC report.

The stringent regulations have fueled a liquidity crisis that engulfed Hong Kong-listed Evergrande, which sent shockwaves through the financial market. Sources told Caixin that an Evergrande affiliate has failed to repay a privately offered note with an initial amount of $260 million that was due in principal on Monday.

Analysts at China International Capital Corp. Ltd., one of the country’s top investment banks, said China’s tightening measures on financing to the property sector will benefit the economy in the medium to long term, but may lead to downward economic pressure in the near term.

“Unlike the previous real estate down cycle, this downturn is coupled with the exposure of debt risk at select property developers, which has resulted in a spillover effect along the value chain, and affected the confidence of households to purchase property,” they wrote in a research note released Monday.

Louis Kuijs, head of Asia economics at research firm Oxford Economics Ltd., said the slowdown in the residential real estate sector will drag down China’s economic growth. In a note released Tuesday, he cut the forecast for China’s GDP growth in the fourth quarter to 3.6% year-on-year from 5% previously, and cut the estimation for 2022 full year GDP growth to 5.4% from 5.8%.