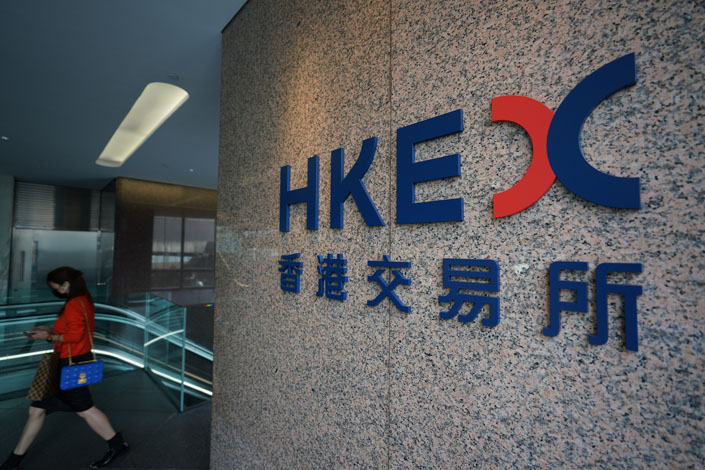 The bond offering, which was completed on Monday, had been oversubscribed by 2.48 times and attracted subscriptions worth 17.4 billion yuan, the Shenzhen government said at a Tuesday meeting. The three bonds had been subscribed to by 89 accounts of investors such as insurers and asset managers (link in Chinese) from eight countries and regions, including in Europe and the Middle East, the government said.

The performance was a satisfying result, coming against the backdrop of recent market fluctuations, a banker who participated in the underwriting work of the bonds offering told Caixin. The bonds, which carry lower coupon rates than similar debts issued onshore, have allowed the Shenzhen government to raise funds at a lower cost, the person said.

The three bonds have maturities of two, three and five years, respectively. Part of the proceeds raised from the two-year bond, which carries a coupon rate of 2.6%, will fund construction of high schools in Shenzhen. The three-year bond and the five-year bond, which carry a coupon rate of 2.7% and 2.9%, respectively, will be used to fund green projects in the southern metropolis, such as construction of clean-energy urban rail projects and sewage treatment facilities, according to the Shenzhen government.

The bonds will start to trade on the Hong Kong Stock Exchange next Tuesday, sources with knowledge of the matter told Caixin.

The offering will further expand the opening of China’s bond market, broaden the financing channels for local governments, broaden the range of yuan-denominated financial products in the Hong Kong market, and cement the territory’s position as a global offshore yuan hub, said Pan Gongsheng, a deputy governor of the People’s Bank of China.

China has accelerated steps to promote a two-way opening up between the mainland and Hong Kong. On Sept. 24, China launched the southbound channel of a bond connect program that allows certain institutional investors to trade offshore bonds in Hong Kong. The launch of the southbound leg marked the realization of the overarching two-way Bond Connect program.

In early September, China kicked off a long-awaited cross-border wealth management connect trial program in the Greater Bay Area (GBA), which allows mainland residents of the nine Guangdong cities in the GBA to invest in certain products sold by banks in Hong Kong and Macao, and vice versa.