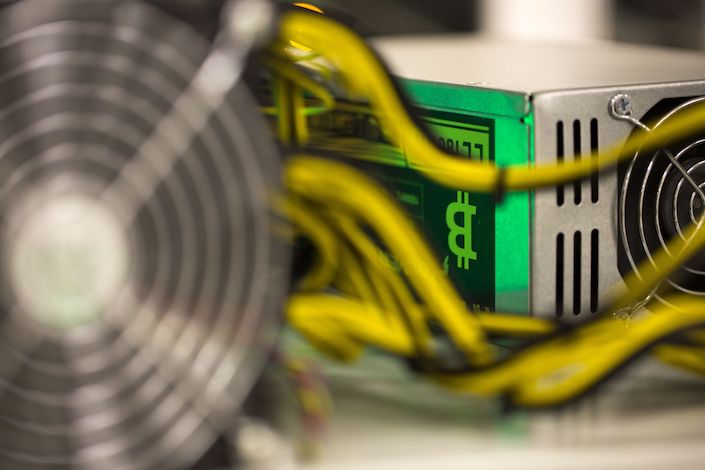 (Bloomberg) — The U.S. became the world’s epicenter for Bitcoin mining after a crackdown in China effectively eliminated the practice in the former cradle of the industry.

At the end of August, America accounted for 35.4% of the global hash rate, a measure of computing power used to extract the digital currency, according to a Cambridge Centre for Alternative Finance study published Wednesday. That’s more than double the activity in April.

The surge in the country’s relative share was driven by China’s move to whittle down the industry to control financial risk. In the early days of Bitcoin’s 2009 inception, the Asian nation was the base for the biggest miners tapping into cheap electricity from coal and hydro plants.

Now, Beijing’s intensifying efforts to curb the cryptocurrency market, announced in May, is paying off. China’s observed share of Bitcoin mining has effectively hit zero, the Cambridge researchers found. That’s down from as high as 75% in September 2019 when Cambridge started collecting data. It’s also a marked decrease from the 46% level notched in April just this year.

There’s a strong possibility that covert mining is still happening in China but is being routed through virtual private networks that make it appear the computers are operating in another country. Recent increases in the hash rate in Ireland and Germany are most likely the result of miners using VPNs or proxy servers, according to the Cambridge research.

Miners are seeking cheap electricity and welcoming governments to fuel the boom in the virtual currency that’s approaching record highs again. The token is up more than 370% in the past year to trade around $54,650 with a total market value of about $1 trillion.

The researchers at the institute, which is part of the Cambridge Judge Business School at University of Cambridge, collect data on the IP addresses of mining operators from mining pools BTC.com, Poolin, ViaBTC, and Foundry.