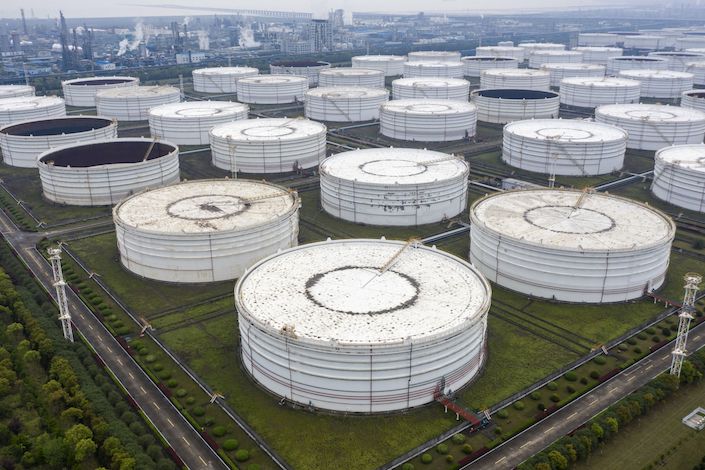 (Bloomberg) — China, Asia’s biggest oil refiner by capacity, is set to slash fuel exports as it keeps more supplies for domestic use amid a power crisis stemming from coal shortages.

Outflows of oil products such as diesel and gasoline are expected to slip this month due to tighter nationwide balances, which have boosted retail prices and margins from local sales, according to local industry consultant JLC. This trend should continue through the fourth quarter, it said, with aviation fuel being the only exception.

China has been grappling with an energy crunch caused by a shortage of coal and surging natural gas prices. More competition for these fuels from India to Europe is likely to support more gas-to-oil switching, prompting Chinese refiners to hoard more diesel and fuel oil for use in small-scale generators and heaters during the winter months.

Diesel exports are expected to fall significantly to about 310,000 tons, according to JLC, which would be the lowest level since March 2015. The lower shipments are coming at a time when the wider Asia region is set to consume more diesel as economic activities resume after the pandemic, said Yawen Lu, an oil market analyst at FGE.

Chinese-produced supplies of diesel, which can be used for heating, industrial and trucking purposes, are typically sold to destinations including Philippines, Australia and Singapore. State-owned refiners can export fuels within limits set by government-issued quotas. Last year, Zhejiang Petroleum and Chemical Co. Ltd. received the green light to export fuel, making it the only Chinese private refiner with permission to do so.

The wholesale price for grade-zero diesel rose to 7,820 yuan ($1,355) a ton this week in southern China, the highest level in almost three years, according to OilChem. That’s allowing refiners in the area to make 400–500 yuan per ton more in profits from domestic diesel sales compared with exports, according to Li Chunyan, an analyst at the industry consultant.

Diesel is a convenient alternative fuel for heating and power generation. While the fuel can’t replace coal and natural gas in large-scale electricity plants that supply energy to the national grid, it can be used to fire up small generators that can aid factories and businesses during periods of power rationing.

While Chinese domestic supplies of diesel are likely to stay tight, the chance of an acute and extended shortage “isn’t significantly high” due to the likelihood of slower economic growth in the fourth quarter, said Fenglei Shi, associate director of oil markets at IHS Markit.