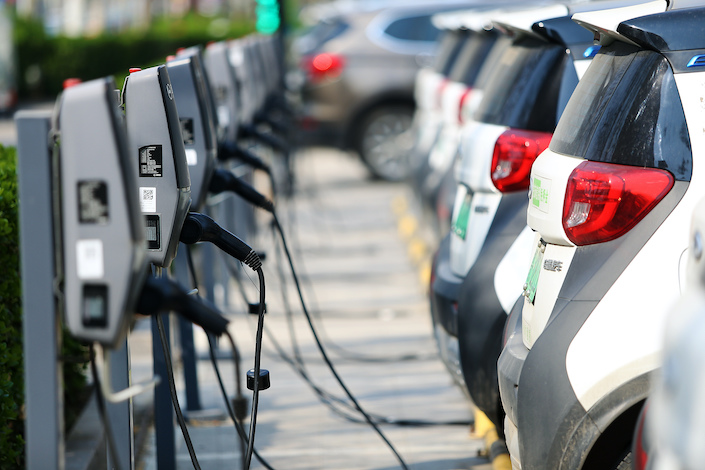 China’s production of batteries for electric vehicles rose 195% to 134.7 gigawatt-hours (GWh) in January-September, with 62.8 GWh from ternary batteries and 71.6 GWh from lithium ion phosphate batteries. The top 10 producers accounted for 91.7% of the market, while the three leading producers took 73%.

China will allow coal-fired power plants to price electricity based on market rates while lifting a government-set pricing system, the National Development and Reform Commission said Tuesday. Coal-fired power prices will be allowed to fluctuate by as much as 20% from base levels, an increase from previous limits of 10% to 15%. Prices for high energy-consuming companies would not be bound by the 20% limit to encourage them to improve power efficiently, the NDRC said. The change is a key step in the government’s long-running efforts to revamp the electricity pricing regime as the country suffers a massive power crunch.

Battery giant Contemporary Amperex Technology Co. Ltd. (CATL) plans to build an industrial park for battery material production with a total investment as much as 32 billion yuan ($5 billion). The project aims to secure the supply of raw materials for CATL’s battery production and improve its lifecycle management of retired batteries, the company said.

Four mines with total annual capacity of 4.8 million tons of coal remain shut in China’s main coal producing province of Shanxi, sparking concerns of a worsening coal shortage. Last week, 60 mines in Shanxi shut down as flooding hit. According to a local emergency management official, most of the mines soon resumed operation, and the coal supply will not be substantially affected.

Auto exports from China in the first nine months of 2021 more than doubled from a year earlier as the industry rebounded from the Covid-19 pandemic. China exported more than 1.36 million vehicles from January to September, according to the China Association of Automobile Manufacturers, compared with 620,000 in the same period in 2020.

Baowu to take 21 units public in next few years

China Baowu Steel Group Co. Ltd., the world’s largest steelmaker, plans to push its 21 subsidiaries to sell shares in the next two to three years to promote mixed-ownership restructuring. Some subsidiaries will soon start the process for public offerings. The restructuring will cover a wide range of sectors including minerals, environmental protection, supply chain services, clean energy, renewable resources, and finance.

Huawei looks to logistics and energy

China Coal Energy Co. Ltd., the world’s third-largest coal supplier, reported a net profit of as much as 12.4 billion yuan ($1.9 billion) for the first nine months, almost triple that of last year.