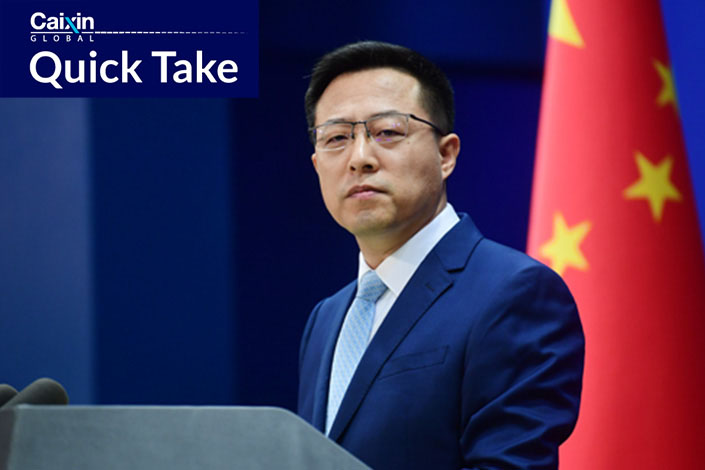 What’s new: Beijing has denied a Financial Times report that said China had tested a hypersonic missile earlier this year, saying it was “a routine test of a space vehicle,” according to the Chinese foreign ministry.

The test was intended “to verify technology of the spacecraft’s reusability,” Chinese foreign ministry spokesperson Zhao Lijian said at a regular press briefing on Monday.

“It is of great significance to reducing the cost of using a space vehicle and providing a convenient and cheap way for mankind’s two-way transportation in the peaceful use of space,” he said. “Several companies around the world have conducted similar tests.”

The background: Zhao made the remarks in response to a question about the Financial Times report on Saturday that claimed “China tested a nuclear-capable hypersonic missile in August that circled the globe before speeding toward its target,” citing five unnamed sources familiar with the test.

Two sources told the media outlet that “the test showed that China had made astounding progress on hypersonic weapons and was far more advanced than US officials realized.”

China, U.S., Russia and several other countries have been working on hypersonic technology. In 2014, China first tested a hypersonic missile, known as the WU-14.