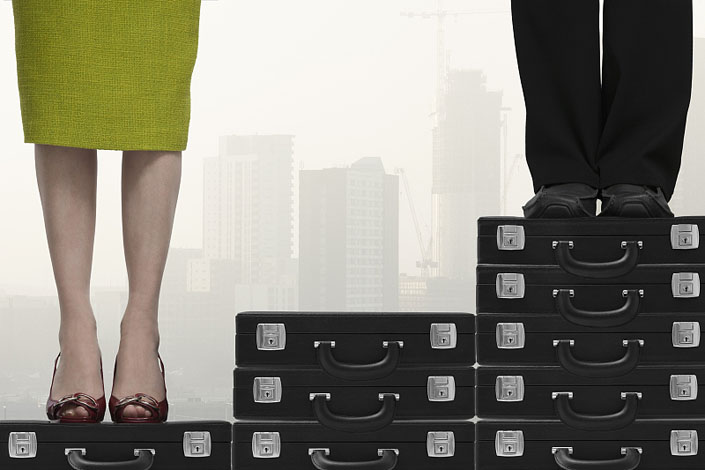 Tech and media companies have been prominent in a slow and uneven cultural shift toward greater diversity and inclusion. Photo: VCG

(Oxford Analytica) — Four years ago, in October 2017, sexual harassment allegations against the Hollywood producer Harvey Weinstein sent the #MeToo hashtag viral. That turned the eleven-year-old MeToo movement into a central pillar of a broader drive in the United States to address gender, race and social inequality. Since then, the technology sector has become a bit more hospitable to women but still has much to do on employment and workplace culture.

As the pandemic recedes, tech firms and others will again be pressed by employees and investors to demonstrate their commitment to diversity and inclusion through action; companies whose claims overreach face reputational damage, or worse. #MeToo activists will push for stricter sexual harassment laws and, with the Black Lives Matter movement, for changes to board and executive diversity, hiring, promotion and compensation practices and, most of all, workplace cultures, to mitigate overt and covert gender and racial discrimination.

· COVID-19 has stalled some of the momentum to #MeToo reforms.

· Few US states have yet extended sexual harassment protections to cover race, ethnicity and gender identity.

In 2020, Weinstein was sentenced to 23 years in prison by a New York court after being convicted of sexual assault offenses. He is awaiting trial on further charges in California.

Since around the same time, corporations, especially those whose employees and consumers are the same as those most engaged with #MeToo and the Black Lives Matter movements, have increasingly professed to be socially or purpose-driven, not merely by profit. Meanwhile, investment in environmental, social and governance (ESG) financial products has also surged due to investors’ desire to align their investments with their values and preferences, especially during the pandemic.

Collectively these developments have changed how many in the United States now think about diversity, equity and inclusion, and their relation to power. Meanwhile, the ability of activists to use the court of social media opinion to mete out instantaneous justice in preference to protracted legal battles in court has led to companies being more public in their stances on social and political issues -- and more easily called out if those stances are perceived to be inauthentic.

The shift is most pronounced in companies selling to and employing millennials (born during 1981-96) and the younger Generation Z (born after 1996). Both generations are more racially and ethnically diverse than their predecessors and expect greater corporate social responsibility. The average age at the large platform tech companies is around 30 years old.

Demographics and the growing multiculturalism of the workforce have brought attitudinal change. The #MeToo movement has also led to legislative change to sexual violence and employment laws at the state and municipal level.

These include the following.

Eleven states, including tech-heavy California, and New York City, now require such training at least for some employers, and seven more have enacted legislation to encourage it.

Protections for workers who bring harassment claims have been improved, and 15 states have banned nondisclosure agreements that cover sexual harassment.

Seven states have banned clauses on compulsory arbitration of sexual harassment cases in employee contracts as arbitration outcomes have historically been more favorable even than the courts to employers over employees. This will require changes to federal law that pre-empt state law prohibiting the arbitration of a particular type of claim, a reform that has not yet been able to pass Congress. Yet many tech companies have voluntarily abandoned forced arbitration, including Google, Facebook, Airbnb, eBay, Microsoft, Uber and Lyft.

Most states, but still not all, now have equal pay statutes, and several such as New Jersey have expanded the scope of existing protections. However, US women on average still earn 80 cents for every dollar earned by men.

Discriminatory hiring practices such as using salary histories to screen or evaluate job applicants or to establish a new hire’s pay have been banned in some 20 states. The goal is to break the trend of underpaying women; such legislation did not exist anywhere before 2017.

California has mandated that public companies headquartered in the state must have at least one woman on their board of directors. In December, the minimum number will rise depending on the size of the board.

However, major gaps persist. Despite this progress, barely one-third of the 50 states have enacted new protections against sexual harassment and violence.

Contract workers, interns and staff of companies with fewer than 15 employees are typically not covered, nor are a range of business relationships that are not employer-employee. Nonetheless, in 2018, California, which with New York is generally leading the way with the strongest protections, expanded the set of business relationships covered. Meanwhile, New York expanded its protections to independent contractors, as have five other states to varying degrees.

In addition, companies now have to be cognizant of standards of conduct in the workplace that could be construed as discriminatory or demeaning. The practice of larger employers auditing their payrolls to correct discrepancies based on race, sex and gender identity is spreading to smaller companies.

Despite making up nearly half of the US workforce, women are still vastly underrepresented in the science, technology, engineering and math (STEM) workforce and earn on average 84 cents for every dollar men make (against 80 cents for all occupations), according to the US Census Bureau.

Women accounted for 27% of all STEM workers in 2019, but men still dominated the field, accounting for 52% of all US workers, but 73% of all STEM workers. Furthermore, in computing and engineering occupations, which constitute 80% of STEM jobs, women hold about 25% and 15% of those jobs, respectively.

Women’s share of STEM jobs likely declined in 2020 as the pandemic hit female employment disproportionately harder and it bounced back slower. Women in tech were nearly twice as likely as men to have lost their jobs or been furloughed due to the pandemic, according to Trust Radius’s 2021 Women in Tech report.

Fewer women than men studying STEM subjects in college and high school is one reason for the under-representation. The persistence of unaccommodating workplace culture in tech companies is another significant one.

Two out of five female respondents to Trust Radius’s survey said gender bias at tech companies was a barrier to promotion. Lack of representation also limits women’s opportunities for mentorship and sponsorship.

It can also foster unconscious gender bias in company culture. Three out of four women said they have worked at a tech company where ’bro culture’ is pervasive. However, only 40% of men said the same.

This highlights how men and women perceive workplace cultures differently, making those in leadership -- overwhelmingly male in the tech sector -- less likely to recognize uncomfortable work environments and underlining the value of legislative #MeToo reforms to force change to corporate culture.