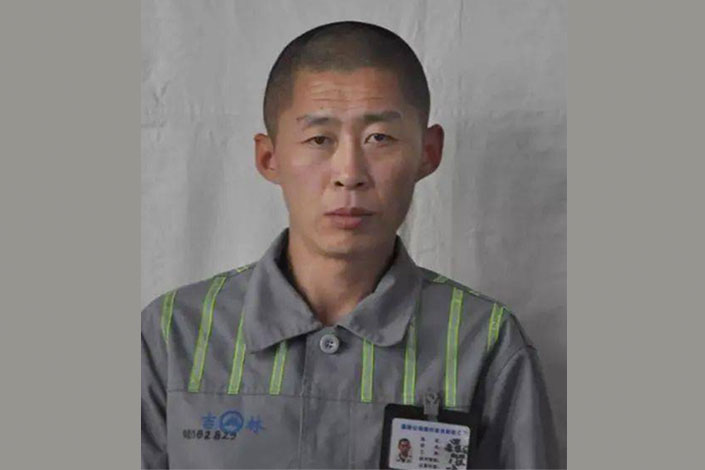 A North Korean citizen has escaped from prison in Northeast China, local authorities said, seven years into his sentence for robbery and illegally entering the country, and just over one year before he was due to be returned to his home country.

Anyone who knowingly fails to report or harbors him will be held accountable in accordance with the law, said the notice, which has since been deleted.

The notice said the man, who it names as Zhu Xianjian, escaped around 6 p.m. Monday after using a canopy to climb over the prison wall. The fugitive is 39 years old and 160 centimeters (5 feet 3 inches) tall.

Zhu had just over one year left of his 10-year sentence. That term had been reduced from the over 11-year stint he was initially given in 2014 for illegally crossing the China-North Korean border, theft and robbery, according to a verdict (link in Chinese) published on China Judgements Online, a database of rulings run by the Supreme People’s Court.

Zhu’s sentence was reduced in 2017 and 2020 as he “earnestly observed prison regulations, underwent reform through education and demonstrated true repentance,” according to other court documents.

Zhu’s case has triggered a discussion on China’s Twitter-like platform Weibo, with a related hashtag viewed more than 22 million times as of Tuesday afternoon, according to official media outlet the Global Times. All Weibo hashtags related to the escaped prisoner have since been deleted.

On July 21, 2013, Zhu entered the border county of Tumen in Jilin’s Yanbian Korean autonomous prefecture, his verdict said. He snuck into three local houses a day later, stealing items worth nearly 2,000 yuan and stabbing a resident surnamed Quan, who had caught Zhu in the act.

Quan was seriously injured and later suffered from breathing difficulties, the verdict said.

Zhu was later detained by police and was indicted in December that year. In March 2014, the Yanji Municipal People’s Court in Jilin handed down his prison sentence and a fine of 16,000 yuan. He will also be deported back to North Korea after completing his sentence.