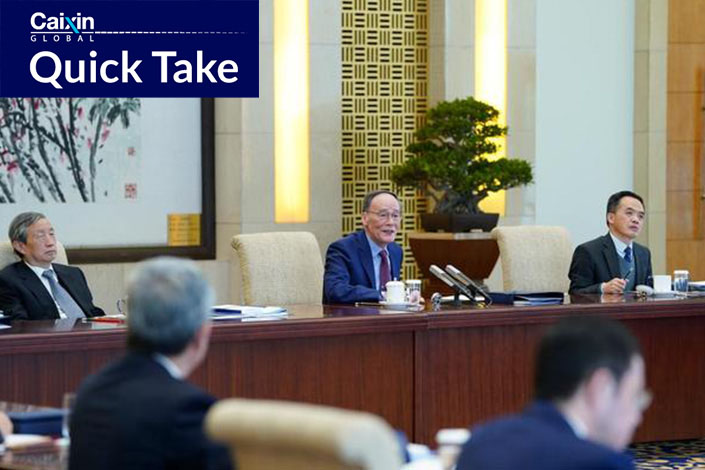 What’s new: Chinese Vice President Wang Qishan has called on members of the advisory board of Tsinghua University School of Economics and Management (SEM) to make greater contributions to promoting exchanges between China and other countries and enhancing common interests, according to the state-run Xinhua News Agency.

Wang made the remarks via video link Tuesday when he met with the advisors led by Apple CEO Tim Cook, Xinhua report said. The advisors expressed their willingness to further deepen cooperation with China and contribute to its education and economic development, Xinhua said.

The Apple CEO joined the advisory board during his third visit to China in 2013. In 2019, he was named chairman of the committee for a three-year term.

What’s more: Wang told the advisory board that China is willing to strengthen cooperation with other countries to foster an open, fair, just and non-discriminatory environment for scientific exploration and technological development, according to Xinhua.

He also said China will work with other countries to promote trade liberalization and investment facilitation, respond to challenges such as the Covid-19 pandemic, digital economy and climate change, as well as build an open world economy, according to the report.

The country is ready to practice “real multilateralism,” expand the opening of education to the outside world, as well as deepen mutual understanding and integration with other nations, Wang was quoted as saying.

The background: Initiated by former Premier Zhu Rongji, SEM’s founding dean, the advisory board was established in 2000 to strengthen connections between Tsinghua SEM and other parties to make it a world-class school in economics and management.